There’s an old saying to the effect that to someone with a hammer, everything looks like a nail. The idea is that we tend to frame problems according to the tools we are trained to use. Each discipline or subject gives us a way to understand the world and address issues and needs that arise within its boundaries. Of course, we also occasionally find gaps in boundaries that bring disciplines together, allowing people from different specializations to learn from each other’s perspectives and achieve a fuller appreciation of how the world works. As teachers, we often get locked into the syllabus defined lines of our subjects and pass up opportunities to look for those connecting passages with other subjects.

I’m no economist, but I’ve often wished I could have spent more time paying attention to those opportunities to learn something about the discipline, because I can see how intricately it connects with so many aspects of our lives. It seems like all the major movements – political, cultural, environmental – are touched by economics and their success depends on their ability to draw upon or confront economic principles. Whether one is a doctor, lawyer, or artist, one has to make decisions for oneself, one’s practices and clientele, that are based on economics, and the most basic of household budgets is a balancing act between costs and benefits. I, for one, would be better positioned as a citizen to understand whether a new road in my area would really have significant benefits to my neighbourhood community, or whether to support a fee hike in a public institution, or even to understand the fiscal policies of the party I wish to vote for. 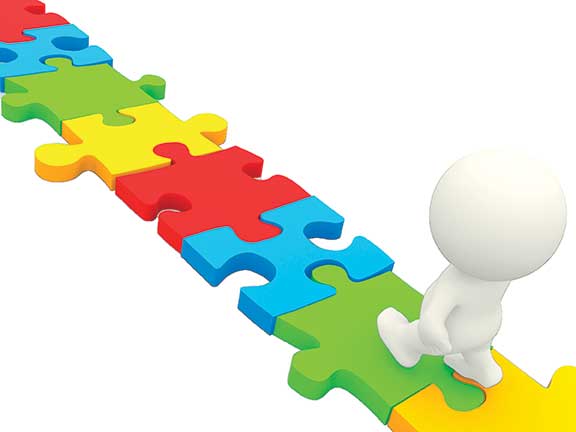 Students often take economics as an optional paper in high school simply because they can score higher marks. The quantitative, definition-oriented part of economics certainly lends itself to high scoring by conventionally schooled students. Therefore, many of those who have opted for economics approach it in this narrow manner, missing out on the chance to gain an economic understanding that could enrich their work in the subjects that they are really interested in.

The economics teacher could organize a series of 10 minute “interventions” in the introductory classes, where teachers of other subjects could come in and talk about how economics plays a role in those areas. If possible, you could also involve members of the community – maybe parents or friends of the school – from a variety of professions, to talk about the interface between economics and their own area of work. Another way of doing this would be to break the class into groups and charge each one with the task of making a presentation that would show how economics relates to other spheres of activity and knowledge.

To start with, here are a few examples of how putting on the economist’s thinking cap can add an additional level of understanding in other subjects.

Language studies: What does economics have to do with language? One simple way to connect the language class with economics might be to look at advertising – creative use of language for a distinctly economic purpose. Words are used to sell things. Students could be asked to look at how advertising works to boost the economy, or to boost consumerism. What are some of the most successful ad campaigns and why? What is it about words strung together that drive purchasing decisions? Another way to link economics and language is to explore the jargon, or the terminology of economics. Students could be asked to build an economics lexicon – terms that have a general meaning but also have a specific meaning in the discipline.

Science: These days, science is driven not only by a pure interest in knowledge, but by the economic gains it can offer. An understanding of economic principles is fundamental to the scientific enterprise. Every time a scientist proposes a study, he/she must justify the financial investment it will require. What will it take to set up an experiment – in terms of financial, material and human resources? How can an experiment or a study be made more efficient in economic terms? Students can also debate the ethics of an economics-driven approach to science. What is the real “value” of pure science that does not have immediate application? Should economics even play a role in science? You could get students to investigate, for instance, the cost of a drug and what goes into it, or the rationale behind hospital charges, to gain an introduction to the large field of health economics.

Social studies: Economics is a social science, even though it attempts to look at society through quantitative measurements. More recently, behavioural economics points to the need to include an understanding of human psychology and sociology in economic planning. But at an even simpler level, students can be encouraged to look at the history of economics as a discipline, and at how economics shapes history. For instance, how does the oil economy influence foreign policy decisions? What role does the arms trade play in global politics? How does poverty fuel unrest? How does economics shape boundary disputes – for instance, what is the economic basis of the move toward smaller states in India? Students can train an economic lens on a variety of questions in social studies, from civics to politics to history and geography. The main point here is to show them one or two such linkages, and you will find that they will begin to make their own connections quite rapidly.

Mathematics: If there was ever a natural companion to economics, it is math. Both applied and pure mathematics are crucial to classical economics, and even behavioural economics depends on mathematical modelling to prove its theories, to a large extent. In fact, the mathematics teacher can use economics to show the relevance of maths. Game theory, which allows us to predict the behaviour of markets, or probability theory, which helps fix insurance rates, are how mathematics finds application in life. Students can be asked to look up examples of such applications of mathematical concepts in economics.

Ultimately, the purpose of school education is to provide a broad understanding of the basic structure of life and society, and the abstract concepts that underlie and help us manage both. As a central discipline, economics offers insights into the management and distribution of the world’s resources – natural, social, cultural, and human. As a way of seeing and thinking, economic analysis allows us to understand other subjects in terms of resource utilization, allocation, and outcome. This can only add to the student’s intellectual toolkit, no matter what subject s/he ultimately ends up taking later in life.
____