As a student of class VII of De Nobili School, Maithan, I think of my geography class. My young and dynamic teacher would ensure that the class was interactive. Hence, after teaching us a particular topic she would throw questions related to the facts given in the book and we would willingly participate, recapitulate all the essential details of the topic and thus learn the maximum. Since the class was interactive, I used to love my geography class and also my geography teacher.

Years down the line, I am now a teacher in Bharatiya Vidya Bhavan’s R.K. Sarda Vidya Mandir, Raipur and I carry forward the learning from my geography class by upholding the principle that my class should also be interactive.

In my school, I deal with the students of classes IX and X. In one of the academic sessions, the learning began with the batch of class X B and I found that my learners would take a back seat, be passive and allow me to indulge in maximum explanation. Though there was some interaction when they would share their thoughts and feelings in the class, my desire was to make them explain the lesson too. So, one day, I came up with an activity that I termed “One Level Up” and “One Level Down”.

The class was divided into two sections. One area of the class was marked One Level Up and the other was marked One Level Down. First, all the learners occupied positions in One Level Down. Now, 6a part of the literature lesson “The Letter” was read aloud, and after the read aloud session, the young learner who felt confident enough to explain the part that was read out would begin the explanation, satisfy the queries of the others and finally get a pass certificate by the others to book his/her place in the area One Level Up. As the lesson flowed, so did the urge to occupy a place in the One Level Up area and the learners tried their best to satisfy the others with their elucidation. 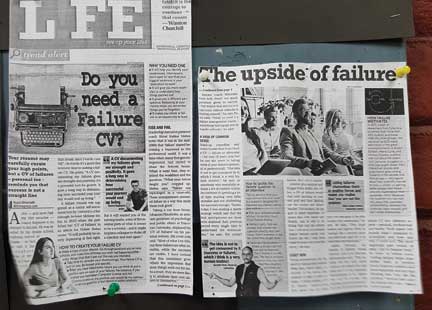 At length, the activity ended and so did the lesson. Altogether, we observed that there were just seven to eight students left in the One Level Down area and the rest of the class, about 29 students, had happily proved their worth and occupied the other area. Also, the explanation of the entire lesson was done by the students, and I had remained almost passive, just facilitating my learners. This boosted their confidence levels and I received feedback that they really enjoyed the activity.

Now the impact of the activity was such that henceforth, every prose or poem that was taken up elicited the desire of my learners that I remain passive and allow them to be active! That was my reward.

Now let’s move to class XII. In order to enhance their ability to write an article, I came up with the thought of reading good newspaper articles in the class. Now, after reading a few in the class, my learners’ interest in reading these was actually stimulated, and there was a good variety of issues that we had covered – like dealing with stress, the education system, tourism, environment, dealing with failure and many such problems. After reading the article, the class always participated in a discussion related to the article and gradually, this habit bore fruit, as after every lesson there was some time that we all spent together having a very healthy discussion about the different aspects of life that the various literature lessons covered. I realized that I had easily attained my objective of making my class interactive.

The author teaches English at Bhavan’s R.K. Sarda Vidya Mandir, Raipur (CG). She can be reached at honey_khare123@yahoo.co.in.