From the 6th standard, we learn that matter is made up of tiny particles called atoms and molecules. This assumption is then used to build up the kinetic theory of matter, describing the properties of solids, liquids, and gases. 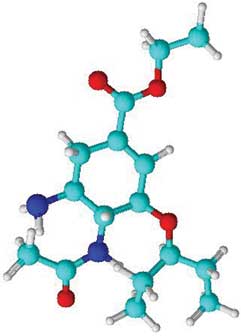 In gases, the particles are far apart from each other, moving around constantly, hitting each other and the walls of the container. This description explains the properties of gases-they have no definite shape or volume, they exert pressure, can be compressed and diffuse into the surroundings. In liquids, the particles are free to move but not away from each other, so, liquids have a defi nite volume but not a definite shape. Solids have a definite shape and volume since the particles are held together so that they cannot move past each other. This is a very elegant description but the particular nature of matter was strongly doubted as late as 1905. In 1827, Robert Brown, an Oxford scientist, described the motion of pollen grains in water, as observed through a microscope. The grains moved in a jerky random fashion, now called Brownian motion. This behaviour was not explained till 1905, by Einstein, in a paper invoking the idea of atoms and molecules.

The author works with Centre for Learning, Bangalore. She can be reached at yasmin.cfl @gmail.com.