The school that I am a part of was recently visited by an education official. He looked in on the classes, appreciated the exploratory lessons and the library. Afterwards, talking about the school, he said, “This is all very nice but I am worried about the future of your students. What do they do after their +2 programme? Most of them go on to college, they do BA, B.Sc… BA, what can they do, doing BA?”

This disdain for subjects, from a person involved in education was disheartening, and I began to wonder about the attitudes we have towards different subjects. These are not unique to India, and one reads discussions about putting more science, more maths, more poetry, more writing, more history, more Sanskrit depending on what we feel is wrong with the younger generation, what we feel the society needs and what we think the subjects do.

For the last 50-60 years, society has become more technological, so science has been on the ascendant. It has been considered important and given more prominence. The developing countries decided that the way to modernization was to emphasize science and technology. This has led to some very piquant situations: Britain, wanting to be like Singapore, wanted to increase math and science classes, Singapore wanting the creativity of Britain, invited educationists to advise them on the so-called soft subjects. A 100 years ago, the preferred subjects would have been the classical languages, literature, grammar, all of which required the use of logic and abstraction, unlike science which emphasized experiments, lab work and observation of the real. The hierarchies seemed to have changed and what is the problem with that?

There are several issues that I feel have a direct effect on our lives and that of our children’s. When we glorify the acquisition of knowledge by the mind, whether literature or chemistry, we discount the real learning and skill in working with our hands. We consider the skill of abstraction by the mind as higher than the skill of abstraction by the hands; as in pottery, art and other crafts.

Another danger is that it leads to students ranking themselves and others – making them arrogant if they find mind work easy and defeated if they don’t. The third problem is that we narrow ourselves to skills that we feel are on top of the list, are marketable. We want to become engineers, doctors, computer programmers or managers, however insecure we are with our expertise in these areas. The other skills, equally marketable, like cooking, plumbing and so on are considered below our dignity. Of course, in India, there are other considerations of caste, class and status.

Why have the STEM subjects become so important and what have we lost when we have given them that status? George Orwell has written about it brilliantly in his essay ‘What is Science’ and I will paraphrase his argument. He tells people who feel that everybody should study more science and that it will lead to a more rational world (the famous scientific temper we are to acquire) that, if science is a collection of facts about the universe, then people who know more science just know more science. On the other hand, if science is a way of thinking – inferring from observed facts, then anybody can and should be trained in the skill. It may be the easiest to do using the facts of science, but any subject will lend itself to that approach. 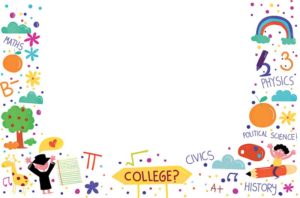 Science is a way through which some people enjoy exploring the universe. There are other ways, through art, poetry, music, stories and it is very obvious that all of these are ways through which human beings have explored their surroundings. So, stories, or in education parlance, literature/writing shows a way of looking at the world and helps us understand our humanity. It is the easiest way to learn the world from different viewpoints. It allows us to experience life as it is for others. Geography lets us look at our surroundings, from the community to the world to the sky as groups who use the land. Again it is a very ancient subject. History of the best kind, allows us to see why we define ourselves the way we do. None of this is easy, the reading about lives different from ours, looking at the panorama of lives, to work with symmetries and intricacies of numbers. But as Richard Feynman once said “Right, I don’t believe in the idea that there are a few peculiar people capable of understanding math and the rest of the world is normal. Math is a human discovery and it is no more complicated than humans can understand. I had a calculus book that once said, ‘what one fool can do, another can…’”

The same can be said for any human endeavour. Arguing for humanities for science students, I would ask, “What stereotypes do you have for the subjects? History is all about dates, who cares for dynasties, why does it matter to know who ruled when? Why should I read boring books, why should I learn another language?” Well, pragmatically, scientific studies have found that the more variety we give our brains, the more we are protected against dementia. This is a very good reason to learn poetry, to learn history and to figure out how explorations have influenced human behaviour. For educators, I would say that studying a variety of subjects in school will allow for thoughtfulness, mental agility and an ability to get involved in the world. What are the humanities subjects that a school student should study? I would put history on top of the list. It reflects in our present lives and lets us figure out why society is the way it is. Why are we a democracy, why are we secular, what were the results of colonisation and at a meta level, who is telling us this? A student once talked about the ‘extra zing’ to an India – Pakistan cricket match, and we should know where the ‘zing’ comes from. Then literature/stories, poetry in at least three languages, geography, and that sad neglected subject, civics.

Arguing for science for humanities students, I would say, “Well, you live in a technological society and you should know some amount to be able to make choices as a citizen, not to blindly accept the arguments or in a backlash blindly reject them.” More wistfully, I wonder how I can show you that the stereotypes that you may hold, “Science is boring, it takes away the magic of the universe, it is harmful,” is just not true. It can be awe-inspiring, fun and can give tremendous satisfaction when you have figured something out. Richard Dawkins has written books to show these feelings, one called, Unweaving the Rainbow, the title coming from Keats complaining that Newton unwove the rainbow, to show that it didn’t take away from the beauty of it. The other titles are also evocative, The Magic of Reality and An Appetite for Wonder. So we should allow scientists, historians, poets, novelists and artists to show us the wonders of the universe as they see it and find our own way of exploring.

Further Reading
What is Science, George Orwell
The Geography lesson, Zulfikar Ghosh
The Magic of Reality, Richard Dawkins
Duncan’s Notebooks, Duncan.mkz.com, November 2012. This gives the Feynman quote and the background to it.

The author works with Centre for Learning, Bengaluru. She can be reached at yasmin.cfl@gmail.com.

Of skills, learning, intelligences and … the marketplace
Debunking the math myth
Why the Arts are hard to learn