I was involved with high performance sport for over ten years, first as a journalist for the British Broadcasting Corporation covering sports and then as the Programme Director at GoSports Foundation, a leading Sports Not-for-Profit. During these years, I have had the opportunity to interact with elite athletes and their coaches and this gave me a unique peek into the fascinating ‘champion mindset’. Today, as an educator and leadership coach, when I observe bright young minds with big dreams, all I wish is to do is to instill in them the same ‘champion mindset’.

In more ways than one, sport represents many of life’s experiences. While victory and defeat are the most tangible, visible elements of sport, there are a number of factors – and sacrifices – that go into the career of an elite athlete. Skill building, competition, mental preparations, injuries, recoveries and so on. None of these is easy. And the path to success in sport is quite similar to the path to success in any field. The ability to have a vision, to be in the moment and to learn from success and failure is what sport is all about. 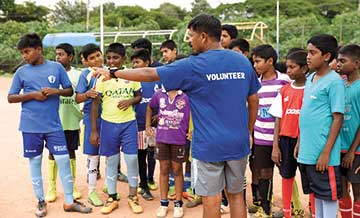 Allow me to explain: the journey in sports starts with a dream, a vision. Sometimes this vision is the spark that sets things off, and sometimes it is the outcome of seeing initial, encouraging success in a sport that an athlete may have picked up for various reasons (sometimes something as simple as a summer camp for sport can be the starting point). Once the vision is there, it can take two paths. For some, the dream remains a dream. For some others, it is acted upon – either through an external agent like an encouraging parent/coach, or sometimes self-driven. Budding athletes hone their skills through practice, train their bodies through rigorous fitness regimes, and put their skills to test through elaborate competition – intra-school, inter-school, district, state, national, international levels (with a further hierarchy within each of these). There are no success guarantees at any of these levels – success and failure are part of the game, and the truly great athletes are able to learn from both and move on without wearing either on their sleeves for an extended time. Perhaps there’s the occasional stroke of luck as well, but it’s evident that in every case, the ‘lucky’ opportunity has been grabbed and utilized.

Turn the lens to actual competitive games in elite sport, and all the years of training, the sweat and the tears – are all tested. And yet, in a humbling way, the starting scoreline is 0-0, regardless of the opponents or their reputations. You vs me. Every day, every match. And then there is the actual result – victory, or defeat – celebration or dejection – exultation or frustration. The greatest of athletes view these as milestones in their careers, stepping stones to a goal they deconstruct their games, and move on. 0-0 again for the next game.

Now compare this to education. While there are certain elements that are easily recognizable as being common between education and sport, we can ask ourselves what lessons we can learn as educators, from sport. As a key influencer in a child’s life, can we instill a mindset where the child develops interest in the subject we teach, aspires to learn more, get better and most importantly learns to see both success and failure as feedback to his/her effort and learns from both? Here are some key traits I’ve known elite athletes to possess, and that I believe are applicable to the world of education:

1) Belief in effort – train, train, train: Success is never easy – elite athletes train hard and in highly structured ways to improve their skills. I believe this is a powerful trait for students to have – and far too often, I’ve noticed that students have a sense of entitlement – that of achieving results without sufficient effort. 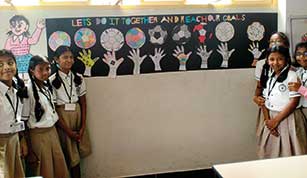 2) Outcomes are feedback, not results: Tournament outcomes are viewed as feedback – effectively telling athletes whether their skills and strategies are effective or not. Of course, there is the jubilation of victory and the heartbreak of defeat, but neither of these is permanent since the next match starts at 0-0.

Often in students, we see an internal belief system that is built on the basis of results. For e.g.: “I’m a failure at maths; maths is not for me,” etc.; are powerful negative statements that stem from the habit of defining themselves on the basis of results. And personally, I believe that inculcating the beliefs that ‘they can acquire the skills that they want to is primarily the responsibility of the educators, not the students. After all, there’s enough research to tell us that any skill a child wants to learn can be acquired through practice, patience and perseverance.

3) Having a plan in place: Top sportspeople often talk about having a plan in place for matches, and sticking to that plan. In ultra-competitive examinations like the Common Aptitude Test (CAT), Joint Entrance Test (JEE) as well, toppers talk about having a preparation strategy in place that helps them maximize their performance. Helping students understand the importance of a plan can help them structure their thoughts and put together a strategy for their preparation. It helps to have a role model, to explore ways in which they have achieved their goal.

4) Patience and perseverance: Rome was not built in a day and neither is a champion. It takes years and years of practice to master a skill. Even the best in the trade practice every day. After all, even for a Sachin Tendulkar, it took five years to get his first ODI century. He had to wait, he had to be patient. 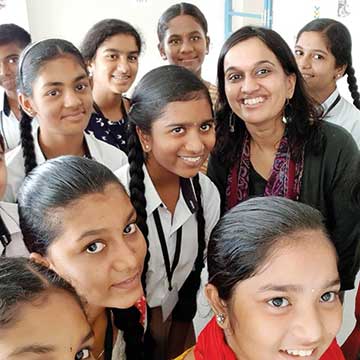 In today’s world of instant gratification, children tend to give up easily because they expect instant results. In order for them to truly achieve their fullest potential, they need to learn to endure, endure when they face setbacks, endure when the going gets tough. Nothing boosts a child’s confidence as much as them overcoming their own challenges. But that needs grit.

5) To be in the moment: Champion sportspeople talk about being ‘in the zone’ – a state of being in the present moment, fully focused. Champions speak about this often, and also how even the smallest distractions – sometimes intentionally thrown at them by opponents – can make them lose focus and consequently vital points. There may be a daunting target to chase or they may have made terrible blunders in the past. But when they are in the moment, it’s that moment that matters. Nothing else. As students too, when they are working towards their goal, being in the moment is likely a trait that will greatly help them focus on just the current task and nothing else, and consequently, will help them give their best.

The above are just a few examples of how sports and education are similar, and where the actual skills needed to succeed in them are broadly the same. It is our duty as educators to instill these values in an effective manner in the students’ value systems. This I believe can be achieved when we begin to view each child as unique and special, that they can learn any skill if they want to and that they can learn from both success and failure. I believe that when we encourage students to view academics like athletes view their sport – and begin to enjoy their game – we will be encouraging students to put in their best performance. And more importantly, enjoy discovery and learning – because that’s what academics is, at the end of the day.

The author is a co-founder of Fountainhead Leaders, an educational company that specializes in developing and delivering 21st century life-skills programme for schools. A trained leadership coach, Saisudha also delivers structured workshops on self-awareness and growth mindset for teachers. She can be reached at saisudha@fountainheadleaders.com.