My new colleagues smiled benevolently, humouring me and occasionally slipping in dire warnings. “They are small but dangerous, Maya,” my co-teacher Kavya said. Kavya taught Math and Science, considered “serious” subjects. Other teachers chimed in, telling stories about their own children, little demons who appear angelic on the first day of school but wreak havoc on both teachers and parents by the end of the year.

“Don’t be silly!” I brushed them off. “These kids are only 11 and 12. What harm could they possibly do? I’m here to teach them to think for themselves.”

“That’s the real problem,” Kavya muttered. “Once they start thinking for themselves, it never ends.” Her face broke into a slow smile and I grinned back. I knew she would be my accomplice in crime.

My zealous enthusiasm towards honing my students’ higher thinking skills – analytical, critical and empathetic – carried on, for the most part, in a smooth manner. I dutifully played videos that were relevant to their lessons, sang for them, displayed their drawings, had noisy, riotous games of Hangman with them – anything that got them to use and fall in love with the language. I was quite pleased with myself. I was even able to successfully pull off the more different schemes, like writing a most important Cricket World Cup match (India vs. Pakistan) into my weekly lesson-plans and passing off a birthday party (mine) as a valued life-skill to be imparted during Circle Time. My students welcomed my classes as comic relief and I ensured that every child had their quota of one laugh a day. I was clip-clopping ahead with my portions, students’ shelves filled up rapidly with worksheets, and at least half the class was alert in any given afternoon period of mine. My 6th graders had a lot to think about and a lot to do, and I was pleased. I was a 21st century teacher with a 21st century outlook, and nothing was going to stop me!

That is, until the high-school students found a litter of kittens in the topmost floor of the school. 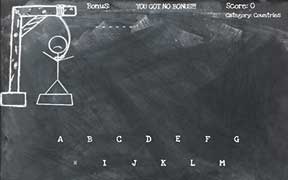 “You can’t bring kittens into the classroom!” she exclaimed, aghast. “Look, it’s all right to start a mini-library inside the classroom. It’s all right to show them Disney films to supplement their lessons…” I squirmed uncomfortably. These had been ideas of mine that were debated hotly by the parents during every fortnightly meeting but greeted enthusiastically by the students in my class. She drew a breath and carried on. “I didn’t say anything when you showed them that smoking documentary –”

“–It was not a smoking documentary!” I cut her off indignantly. “It was a very moving film about a boy who buys a balloon with his pocket money and the balloon-seller is smoking. Is it my fault that they picked up on just that tiny little detail?”

“Look, Maya! You can’t introduce animals into an environment where there are some children who don’t know or understand pets. Some children might even be allergic. Leave the kittens on the top floor and let the mother take them away.” Her voice was firm and held the same “no-more-arguments” tone that she used in her science classes.

I tried to keep the kittens a secret from my students, but it was difficult. For one thing, some of my students had friends or siblings in the 10th grade. For another, I usually used the 15 minutes of Circle Time (officially allotted for yoga and meditation) to share new developments with them. This was not the regular news that was read out every morning but had a more local flavour, such as, “Ms. Kavya is planning a trip to the museum for you.” I did not feel it fair to burden my young students with the troubles of the world at this age, so I tried to keep it light. This week, however, I was determined to implement the routine that school policy dictated – sit upright, cross-legged, eyes closed, and meditate in silence. My students, though confused at my changing principles, complied without argument. I utilized the quiet time to sip on the last of my morning coffee.

It was during meditation on Friday morning that a little voice suddenly piped up: “Hey, what’s that noise?” The rest of the class immediately opened their eyes. “Ms. Maya, we heard a squeaking noise. Like a toy or something.”

“Don’t be silly, Arushi,” I laughed lightly. “There’s no squeaking noise. Now, all of you: Close your eyes at once!”

“Ms. Maya, is it a kitten?” Arushi jumped up and craned her neck towards me. “Oh my god, everyone. Ms. Maya has a whole box of kittens under her desk!”

Suddenly the class was a riot. Ms. Kavya was called in to see it.

“I’m sorry!” I wailed, feeling guilty as her stare bored into me. “The mother seems to have abandoned them. How can I leave them to their own devices? I told the 10th graders to leave them here for now.”

Kavya relented. “We might be able to make a project out of this,” she said thoughtfully. For the hundredth time, I thanked my stars that I had a real friend in my closest colleague. Kavya took charge of the class as students flocked around my table. “I don’t want anyone taking the kittens out of their box! Wash your hands thoroughly after touching them. We are going to make this an integrated project: for science, you will research about cats and their diet, and we’ll watch these kittens grow.” For English, I decided, they were going to write a piece on their dream pet and make posters seeking homes for the kittens. I was grateful to Kavya. She and I, with the help of the 10th graders, would feed the kittens as and when required for the day. The night-time security guard, who had just lost his dog, was happy to give them shelter till we found homes for them. With all the tiny details in place, my students were delighted.

“Ms. Maya shows us pictures of her cats!” Alan, a foreign-exchange student, told his father excitedly at my meeting with students’ parents the next day.

“Does she?” Alan’s father raised his eyebrows and smiled at me. “I must say,” he confided to me, “I knew Western schools took progressive steps to teach children responsibility, but isn’t this rather daring for India?” His words made me feel better.

Other parents were more sceptical. “My daughter is getting rashes,” Isha’s mother complained. “I agree,” said Ramya’s mother. “Now, Ramya wants a pet too. You need to get rid of this project. It seems like a waste of time.”

“We live in a country where the population of stray dogs is more than ten million!” I pleaded. “I’m hoping that during this project, students will learn about patience and compassion. It’s only for a short while, and we will take all the precautions necessary. Please don’t worry.”

Three of the kittens opened their eyes after a week of tender care and around-the-clock feeding. Students from all grades trooped down to the security guard’s room to look at them, play with them, watch them being fed and photograph them. My students called them Frisky, Fluffy, Smokey and Benny.

“Ms. Maya,” Arushi said one morning. “Why hasn’t Benny opened his eyes yet?”

Although I had been worrying about the same thing, her question threw me off-guard.

“He’s just a little slower than the others,” I replied. “Some children walk and talk at a faster rate; it’s the same with animals.” We carried on with the lesson and thought no more of it. The next morning, Kavya came to me looking distressed. 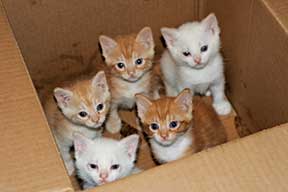 “The white kitten, Benny, is very ill. I’m afraid he’s going to die.” She squeezed my arm comfortingly. “We will have to keep the weak one away from the other kittens and feed it separately.”

My mind buzzed with thoughts and wishes for little Benny. The high-school students were doing a good job trying to keep him afloat, and had even pooled in money to take him to the vet, but he was fading before our very eyes.

On the morning that the other three kittens were adopted, Benny died.

I did not know how to face my class. My heart was heavy. I could think of nothing but the little white bundle of fur that had finally stopped breathing in that teenager’s hands. How the children had wrapped him in a cream-coloured dupatta and vowed to bury him near the football ground. I swallowed the lump in my throat and picked up my books.

The class was quiet as I entered it. For the first time in memory, I did not greet them with a smile or make a joke. As Arushi placed the collected homework books on my table, she blurted out, “We know what happened.”

I was silent for a moment. “How?” It had only happened that morning. Her eyes were on the table in front of me. “We want to be with the 10th graders to bury him.”

“I’m sorry, that’s not possible. You haven’t answered my question.”
“Please,” said Nisha from the third row. “We would like to be with the 10th graders. He was our cat too.”
“Yes, he was our pet!” the rest of the class chorused.
“I said no!” I repeated angrily. I wasn’t going to expose these innocent children to the realities of death. They had the rest of their lives to lose loved ones, attend funerals, and grapple with the mysteries of existence. The whole experience left a strange sensation in my eyes. I found myself tasting tears.
“Please,” Arushi said softly. “Please let us join them. You’ll feel better too.”

I am not sure why I felt so defeated that drizzly afternoon as we all buried little Benny. I was upset about the death of the kitten, of course. More than that, I was furious at myself for not being able to shield my students from the terrible things around them. I was angry that my cheery, positive philosophy was blowing up in my face, crumbling to bits, its debris landing all around me and my students. I was disappointed that I did not have the answers for them; that all my language did not equip me with the power to explain what had just taken place. Science explains it as the cycle of life. But death does not respect the cycle. It ends it.

I had promised myself that I would guide these children in life’s lessons, but I had much to learn from them too: the grace to accept everything that passed as simple truth and not question it. Sometimes too much questioning was a bad thing. Sometimes too much resistance led to a crack in the bone.

The words of the speech made by a 10th grader carved themselves into my brain. “Life is a miracle, but it does end. It is humbling to learn that death is equally miraculous.”

The crack would heal soon. For now, I had my 30 students’ bright eyes looking heaven-wards to guide me.

Deepti Dilip Kumar is an English teacher from Bangalore, who loves children, animals and writing about the two. She strives to encourage critical thinking in students of all ages, and constantly thinks of ways to make the curriculum content in her classes more integrated and thought-provoking. She can be reached at deepti.dk@gmail.com.