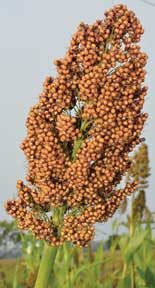 Why is the discourse in India shifting from ‘Food Security’ to ‘Nutrition Security’? Why are experts talking in hushed tones about the country facing the spectre of nutritional emergency? Why are people saying that “the yield per unit area of our land is less important than the nutrition we gain from it”? Why is it that our markets are now chasing multi-grain biscuits, oats, and vitamin-fortified grains?

The answer to millions of such questions can be found in these nutritional facts:

Compare these statistics with the claim India makes that it is among the top five booming global economies and home to half of the top ten billionaires in the world!

The author is Director, Deccan Development Society (www.ddsindia.com), Andhra Pradesh and National Convenor, Millet Network of India (wwww.milletindia.com). He can be reached at satheeshperiyapatna@gmail.com.