We live in interesting times; times in which movements are sprouting up in the West that aim to include e-sports (where video game players compete in tournaments) as part of the curricula at high schools and universities. A process that will allow for proficient players of video games to enjoy some of the same benefits that have historically been provided to aspirational sportspersons and athletes in the western education system. This move will in some ways pave the way for legitimization of e-sports on a global scale as well as enable people to look at playing video games professionally as a viable career. 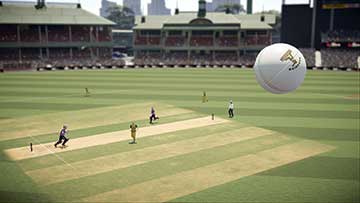 While the above statements may seem farfetched in the Indian scenario, it is important for us as educators to acknowledge the popularity of video games as a platform. Research data from Newzoo estimates that one in three people play video games today (Newzoo, 2018); a number that is so high that it would be difficult to dispute the statement that there might be more players of video games today than the number of people who regularly engage in physical sports activities.

Public discussion often centres around the negative impact of video games on the youth and often lists them as a primary cause for their lack of physical activity. Video games are also acknowledged as a major hindrance in the global youths’ fight against conditions such as obesity. This article however takes a road less travelled to consider the possibilities of students engaged with video games to seek physical activity as a consequence of their ludic (in-game) engagement. Central to this argument are video games’ representative nature and their innate ability to simulate real life experiences. For instance, games that simulate sports have pushed the envelope considerably to re-create the magic of sporting events in online spaces, often drawing in players who may not have thought about participating in sports offline.

Researchers of games often consider video games to be half-real (Juul, 2011). Half-real implies that though the environments and experiences in a game are virtual and intangible; the effort that is put in by players to overcome in-game challenges by adherence to the game’s rules is real. For students who are seeking to learn how a new sport works and the various rules that define it, the video game could be an ideal first place to experience the magic.

New research on video games indicates that players of sports-based video games are much more engaged with the respective sport and have a higher likelihood to physically engage with the sport (Adachi & Willoughby, 2015). Sports-based journalistic articles are replete with instances where academies of some of the world’s leading football clubs (Manchester City for instance) use games like FIFA to help their graduates visualize and experience unique in-game scenarios. Similarly, Polish striker Krzysztof Piatek, the top goal-scorer in Italian football this year used his playstation to get to know his new teammates from Genoa FC. With regards to imbibing skills and learning from video games, Arsenal player Alex Iwobi in 2016 admitted to the New York Times that he used FIFA to learn the complex McGeady spin.

The ability to learn from video games shows incredible potential for students of a sport as they cannot merely watch complex physical combinations in action but by attempting to re-create it in the video game, they are also made aware of the way the body must move to perform the required skill. I would like to support this argument by drawing on an incident from personal experience;

It’s a brisk evening in February in Hyderabad. The time is 7.30 PM and I walk into my colony’s basketball court to take a few shots and practice a few moves. There’s a group of high-schoolers in action, practicing their respective shots and egging each other on to come up with something unique. In the ensuing action, as each player is attempting to do the spectacular, a boy named Prahalad exclaims a desire to attempt a ‘skyhook.’ His claim piques my interest amidst the ruckus, as I stop my routine to watch what he has up his sleeve. He attempts his shot which waywardly bounces off the glass; but his unique approach to shooting furthers my interest as I walk up to him and ask him about his shot.

Followers of basketball will know that the skyhook was basketball legend Kareem Abdul Jabbar’s signature move and the last game he played was in 1989; and here I was discussing the skyhook with a 12-year-old. “Yes, I know the skyhook and I have seen Jabbar use it. I regularly play with him in the NBA 2k series,” he quips. I am left amazed and speechless.

While the verbal exchange might not seem out of the blue, it is important to consider here that the video game mentioned has re-created a basketball icon’s signature move, and in the process, not only preserved his brilliance but has also allowed for future followers of the sport who never watched him in action to appreciate it. If this preservation were not enough, the deeply interactive nature of video games allows them to play with him and against him as well.

Another dimension of gaming that leads to physical activity is “exergaming” a game form where physical exercise meets gaming activity. Games like Just Dance, Nickelodeon Fit and Zumba or augmented experiences like Pokémon Go and Ingress are some where players need to perform physically to level-up and advance in games. My research of Indian gamers has revealed that exergaming is a popular trend here too and gaming devices can be used for a variety of physical activities to stay physically fit.

Moving away from sports-based simulations and the trend of exergaming by looking at all that games have to offer, we need to acknowledge that sports and games have the potential to expose students to experiences that our education curricula may not be equipped for. Sports allow for students to work in teams, be decisive, gain confidence, and think strategically to come up with unique solutions; elements of students’ growth that our marks-oriented system doesn’t necessarily account for. For forthcoming generations of students where the pressure on each to be exceptional is considerable, I feel learning to deal with defeat and failure and the ability to get back up is crucial; things that are easily learnt during acts of play. Thus, the need for students’ participation in sports and related physical activities can’t be emphasized enough. 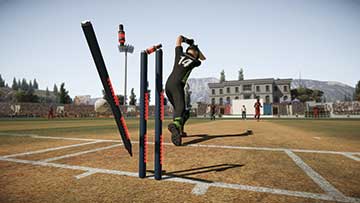 However, schools today are faced with unique problems as the availability of playgrounds for students in urban settings has never been in more doubt. The shortage of play spaces coupled with PE approaches that focus on instilling discipline make things less than ideal. To add to this mix, we must also take into account the numerous pedagogical approaches that believe in longer school hours and intense academic preparation where recreational activity for students is often viewed as a vestigial function. It is only in such a setting that one needs to argue the potential for video games to drive players back towards traditional sport activities.

Video games can effectively serve as first sites of play as they offer most of the same benefits to their players as traditional sports. Most games need their players to judiciously use in-game resources, make key decisions, think and adapt on the fly and develop specific strategies. Multiplayer components allow for team-work, increase in the ability to communicate and gain confidence. Engagement with video games could then instil amongst players a desire to be competitive and seek out physical spaces to express that desire.

As educators we need to accept gaming as a popular leisure time activity in its entirety. While on one side the valid questions of gaming addiction, social isolation and lack of physical activity persist, there are other dimensions the medium offers that can help address most of these concerns. We thus need to be proactive and observant to ensure that our students are offered the knowhow to make an informed decision.

The author is a Visiting Assistant Professor in the Communication area at the Indian Institute of Management, Indore. His areas of academic interest are New Media Studies and the emerging field of Game Studies. In his leisure, he strives to balance his love for video games with a penchant for playing football and basketball. He can be reached at [email protected].