“Inclusion”, in the context of education, is a term that is not fully understood. Most people limit it to the inclusion of special students in schools. However, “inclusion” also relates to caste, class, gender, ethnic origin, socio-economic groups and disability. NCF 2005 recommends that a teacher should never discriminate against her students on the basis of these factors.

But there are students as well that discriminate against their peers and it is up to the teacher to help her students understand the term in totality and to practice inclusion in its true spirit. In this article, I would like to narrate an experience I had while dealing with students and discrimination. 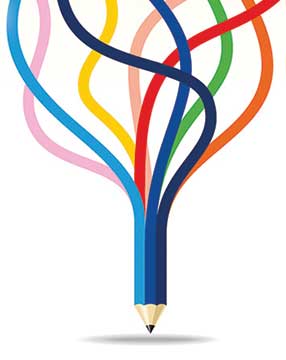 This incident took place in a government school in the Dantewada district of Chhattisgarh, where I used to work as a facilitator. Jugloo was a student in class 7. During my visits to the school, I observed that Jugloo was very silent. I soon learnt the reason behind his silence. None of his classmates sat or played with him, primarily because of his unkempt appearance. He felt left out. I thought I had to work on changing the other students’ behaviour towards him. I knew that if I gave the class lectures on inclusion they wouldn’t understand and instead they might feel offended. So I tried to include Jugloo in all my classes. Once when we were doing a role play of a story from their English textbook, I asked the students to choose roles for themselves. Many hands went up for different roles, but Jugloo was silent in a corner. I offered him the role of the king of pigeons and after some persuasion he agreed. Other students were clearly displeased with this decision. They argued that Jugloo wouldn’t perform the role well. It took all my persuasive tactics to get them to accept Jugloo as the king of pigeons. During rehearsals, I noticed that Jugloo was all the time afraid. He was scared about his classmates’ reactions towards him. This showed in his performance and again I had to spend a lot of time motivating him. The end result though was very satisfying as the drama went well and all of us enjoyed ourselves.

A few months after the role play activity, a teacher shared with me happily, “Madam! I was asking students questions yesterday and I was so surprised to see Jugloo give the answer.” I was happy that my efforts to include Jugloo in the class had paid off.

This experience made me realize that as facilitators we are not just there in the school to teach students different subjects; we have a greater responsibility towards them. We should work on increasing their confidence, improving their perception towards themselves. Most of the time we pay attention to only a few students and forget that we are equally accountable and responsible for the growth of all students. Sometimes it even happens on a very subconscious level. For instance, I noticed that whenever I taught, I found myself paying more attention to that corner of the class where responsive students sit. It all happened sub consciously, then I deliberately changed the seating arrangement of the students because many times the responsive students sit together. I also tried to change this behaviour of mine and give attention to others and motivate those students who felt excluded.

This doesn’t mean that we force all students to do everything. It means that we have to be alert and treat every student in such a way that they feel wanted.

The author has worked in the field of education with various NGOs. She is now working as a freelancer translator. She can be reached at snaazknp@gmail.com.