Education has always been an area of interest for all those who have critically reflected on society and thought of ways in which its conditions could be made better. Furthermore, in our times the debate on the meaning of education – what is the purpose of education, what are the socio-political constraints in which it operates, the cultural nuances of what is considered as education and then finally what is the implication of education on the social system as a whole – has begun to assume a new kind of importance.

To aid us in this debate we have massive analytical data available from the domain of education – be it the increasing dropout rates among girls and dalits in rural schools, the adverse realities of education in remote corners of the country, lack of manpower and lethargic administrative forces, or even those numerous reports that tell us where we stand in comparison with other nations in terms of education. 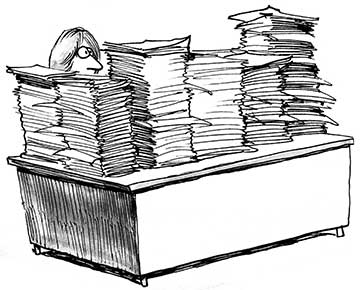 By now we all know how poor India is, how bad the situation is in government-run institutions of learning, why so many children drop out and what the social-constraints are that operate on them. We all know that there indeed is a need for improvement, for effective interventions, and community participation in the entire initiative.

So now that we know the problems, what do we have to show in terms of the solutions? With every financial budget, funds allocated to education are slashed. From the paltry amount that is set aside, the government manages only a few fancy programs to increase the enrollment of girls into schools and of course the low-quality mid-day meals. Then there are the millions of coaching centers that promise to change one’s fate, the lucrative businesses of pre-school chains that promise to replace your naughty-vibrant child with a serious-disciplined one, and the countless unknown glass buildings that call themselves engineering-IT colleges in every nook and corner of every city. All these show how much we are working towards bridging the gaps.

The government has increasingly withdrawn from education, possibly to take up ventures that are more lucrative, expansive, and profitable. Those government institutions that still operate have internalized the psychology of defeat and operate only under bureaucratic compulsions with little or no actual interest. The situation is a little better in capital cities and metropolitan centers, but at the grassroots there seems to be a stagnant, dead, and dull structural apparatus that is eagerly waiting for closure. Amidst these harsh realities, the encroachment by private universities with exorbitant fees and a curriculum designed to meet the needs of corporate-economics, the growth of competitive public schools that cater to the urban-professional rich, and government intervention merely through token policies with little penetration at the grassroots seems to be a grave matter of concern.

What then is the future of the thousands of children who are going to pass out of school this year? What will happen to all those who fail to score fancily and miss out on admissions in government’s ‘prestigious’ DU or IIT, or those who cannot afford Amity or Lovely Professional University? Of course they may acquire their degrees from unknown, uncertified colleges, but will the achievement-oriented mainstream society accommodate them? Many will struggle and find some source of employment independently back in their villages, while some may work hard and make a place for themselves in respectable jobs, but there will be many who will fall down, accept defeat and lose themselves in this crazy rat-race.

Education seems to be our last priority, a priority only for NGOs who become millionaires by undertaking some initiatives and receiving massive funds for these. The corporate sector sees education as another venture that generates ‘profit’ which they can utilize to maximize another business. And the government sees it only as a bait for gaining votes during election campaigns. The education sector is perpetually at a loss as it operates amidst these three pressure groups. It is perhaps because of this reason that we are all habituated to reading reports that assert our poverty of imagination, telling us how incapable we are. When it comes to taking actions to create a better tomorrow for our children, we fail again and again.

The pile of reports and data is growing higher and higher, we have entire rooms that store statistical information, our computers too store files after files of information, but what are we really going to do? Perhaps we will produce more data and create another file?

The author is feature editor of The New Leam – a monthly journal on education and cultural politics published from Delhi. She can be reached at ananyapathaak@gmail.com.