A teacher’s life is full of stories, in fact every day that she spends with her learners, the narrative grows. My life is no different. The story that I am about to pen has been picked out of many turn-a-rounds that I have witnessed in my students’ lives over the years. The reason I picked this one is because this child and her mother struggled for years to beat an insensitive system and used its loopholes to their benefit. I played a small, yet significant role in helping them and their story needs to be told for the sake of many who suffer for no fault of theirs. 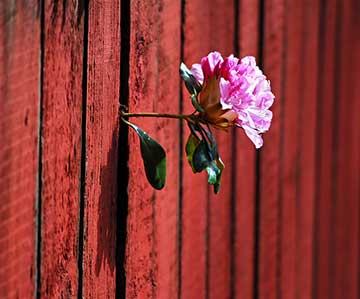 I spotted Myra for the first time in a park near my house and I knew she was not a ‘normal’ child. She was very frail and short, she wore thick glasses, she barely had friends, but was and is an ever-smiling person. I had just started a career as a teacher and Myra’s mother approached me to help her daughter with class X mathematics. I knew it would be a challenge to teach Myra. I agreed because I like to take up difficult cases but at that time I had no idea how difficult it would turn out to be.

Interacting with Myra, I realized she had very little understanding of the mathematics she was supposed to do in class X. I started with tracing lines for linear equations in two variables. I saw that she could only do them mechanically. She did not know what equations or variables were so forming and solving equations in word problems was not possible for her. Similarly she could learn theorems in two-dimensional geometry but could not apply them to solve problems. In the unit on Mensuration, Myra could learn the formulas and apply them in simple, straightforward problems but could not understand complex sums. Understanding probability and trigonometry were out of the question. Performing basic calculations in Data Handling was the easiest unit for her. The mathematical profile that I have constructed for Myra was based on a whole year of observations but there were many other things I got to know about her during this time.

Myra, the only child of her parents, had been very ill all her childhood as she was born premature. Doctors had given very little chance of her survival because of her under developed lungs. She had a very narrow food pipe and a tiny stomach. Her bone structure was below average and it never made it to the normal units all her life despite the best healthcare. Because of these limitations, Myra could never eat properly and her stamina to work long hours never developed. Myra also suffered from repeated bouts of Migraine headaches. She would not turn up for tuition for days. Out of worry, I had long chats with her mother trying to understand her problem but there was little that anyone could do about it.

One day when Myra came for class, she was particularly lost and I asked her if anything was bothering her. She told me, she had just returned from the dentist after a tooth extraction. I asked her mother and she told me that Myra had a very small jaw line that cannot accommodate all the 32 teeth. For a decent smile she will need to get rid of 8 teeth (4 from top row and 4 from bottom row) so that the others can line up properly. When I asked why the extractions had to be done in her class X, her mother said it was already late, after she crosses 18 years, it would be very difficult. This went on for three months during the year but Myra’s undying spirit and positivity brought her back to me with a smiling face every time willing to try her hands at mathematics. Whenever I tried to revise the previous class, her blank face told me, “…we will not make it like this!” But I never had the courage to tell her or her mother that.

Watching all this, I wanted Myra to undergo psychological assessment and I asked her mother if she had ever considered it. Myra’s mother had and she showed me the reports. Myra’s IQ was that of a ‘slow learner’ and she had been diagnosed with severe dyslexia. I was disturbed at the revelation because her mother had kept such important facts from me. I was curious to know though, how Myra had survived our competitive school system this far. Myra’s mother said she had managed her admission into this school through a family contact and she had explained the situation to the school principal and every year’s new class-teacher. Myra’s homework and class work were maintained by photocopying from her friends. During final exams, Myra has had to repeat classes thrice due to ill health and under-achievement but otherwise she had secured 33% in all subjects till class VII. After that because of the dyslexia certificate, CBSE allowed her to have a ‘writer’. I had a feeling that it was not as simple as it sounded and also that the mother was hiding many things but I had to respect their privacy.

Myra’s journey was fraught with even higher challenges. The school that she ‘studied’ in had no special educators who could help her in coping with such a vast syllabus or offer any alternatives. Getting relaxations from teachers for not submitting written work was a yearly struggle with only some teachers allowing it. Myra was never given any relaxation on the minimum yearly attendance required without a medical certificate. She also never felt accepted at school. She had no friends or favourite teacher. This clearly shows that the school never built a culture of acceptance for everyone and Myra suffered a lot on this account both academically and emotionally. 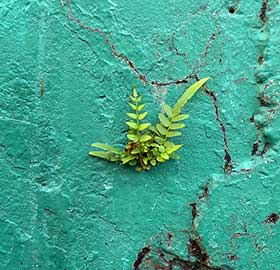 There was another serious side effect to this insensitivity. My reading of Myra said that she was not dyslexic. She was slow to read but she read correctly and wrote complete words and sentences. She could also explain the meaning of what she read. When I discussed this with her mother, she kept quiet again but I was sure about my reading. I was only the mathematics teacher, not their psychologist. It has been 12 years since then and Myra has finished school from the regular stream, completed her graduation from a reputed University and completed a diploma in primary teaching. Is it possible for a dyslexic candidate to clear so many exams all by herself? Very doubtful, because Myra took help from the ‘writer’ only till class X. I realized much later the truth behind the dyslexia certificate. According to the CBSE rules then, a child can get a ‘writer’ only if he/she is dyslexic. Even though Myra was not a dyslexic, this was the only way she could get a relaxation. Her family arranged for a dyslexic certificate and also selected the ‘writer’ carefully. Since class VIII onwards the ‘writer’ who wrote for Myra was a class VII topper of his school. He could read and understand ideas of a grade higher than his. Myra studied from class notes and her mother also prepared notes for her to highlight the important points. These were shared with the ‘writer’ as well. As Myra could rote-memorize and reproduce the answers, the ‘writer’ would help Myra during the exam if required.

Myra’s mother never shared with me any of this but during the final exam time in class X, she requested that I teach some important questions to the ‘writer’ as well. When I met him, the picture instantly became clear to me. Although initially I felt hesitant to teach him because it was ‘wrong’, I was reminded of what the family had gone through for years simply trying to manage Myra’s situation. Much against my ethics I convinced myself and I decided to ‘help’ Myra.

Today Myra is a trained primary school teacher and I am very happy that she has attained all this on the basis of her grit and determination, but the reason I wrote her story was not just to highlight her struggle but also the injustice that was meted out to her. I know Myra’s entire school and college life was full of long hours of rote memorizing subjects that rarely made sense to her. Myra was slow at learning but lived with the tag of a dyslexic. Her mental faculties caught up eventually with age and she has improved her IQ score. But her life could have been different. She loves cooking and painting. Till today she has been able to do little about her real talent. Instead of teaching language and mathematics to young children she could have been teaching painting or could have been a chef. The difference in the ‘could have been’ case would have been in her confidence, fulfillment, and ownership – very much the qualities that allow us to feel empowered and liberated. Who then should we blame for botching up Myra’s life? An insensitive school that offered no space to blossom, or exclusive policy decisions of government agencies or late reforms in the form of CCE, or the mother who was never introduced to any better options for her daughter. One basic thing that we have lost out on is that if we had the courage to accept and celebrate variability, as Mother Nature does, Myra and many others like her could have had a better chance at life.

Pooja Keshavan Singh has been a mathematics teacher and teacher educator for many years. She is currently pursuing Ph.D in mathematics education from the University of Delhi. She can be reached at [email protected].