Once the manager of a higher secondary school in Kerala asked the school psychologist “Why are students not giving respect to the infrastructure I provide them for better learning?” The psychologist replied promptly, “Lack of a sense of ownership.” Students simply do not feel that benches, desks, classrooms, taps in the toilets and such other things in school belong to them. So they write on the walls, give vent to their frustrations on the benches and desks, release their anger by destroying taps and display the intensity of their passion by writing love messages on classroom walls. They do to the school what they do not do to their home. In their minds, the school is not theirs.

One protects and cares for what one owns. The absence of “ownership feeling” among students cannot be attributed to any particular reason. They have not felt the need to protect the space and environment in which they are studying. And the school has failed to inculcate this in them.

Now think of a teacher losing his “sense of ownership”. The consequence will be serious. If a sizeable number of teachers lose their “sense of ownership” for some reason, it will affect the entire atmosphere in the school and will reflect in its progress and growth. 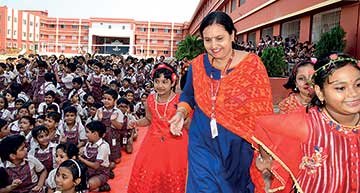 The essence of organizational commitment is a sense of attachment or responsibility derived from the feeling of ownership. Feelings associated with the object of possession are an extension of one’s self-concept and self-identity. In other words a person describes and expresses himself through things of which he is the owner. His many psychological needs like belongingness, efficacy, effectance*, security, identity all are met through the sense of psychological ownership (Pierce, et al 2001). For instance, take one of the most valuable things that you own and describe your relationship with it. You can see how your connection with the entity you own feeds your many emotional, psychological needs.

There is a difference between “an organization” and “my organization”
Ownership felt towards one’s organization makes a unique contribution to one’s performance which surpasses the stipulated role-based duty list one has to perform. If I carry in my mind a feeling that “this is my organization and my contribution matters,” my performance will never be tailored to the mandatory requirements my position in the organization demands. I will always be eager to give more of myself to my organization without expecting any explicit reward. Unlike a job, in less structured professions like teaching, the teacher’s willingness to go out to offer beyond what is mandatory is very crucial. The psychological ownership teachers cherish in their minds about their institution is the main ingredient that provides them with the essential energy to give everything they can. So it must be guarded at any cost.

A good leader in an organization will be very cautious about nurturing psychological ownership among its members. He will be highly alert to threatening cues likely to dampen the spirit of ownership in faculties. The modern era and its commercialism has transformed organizational transactions among individuals and between individual and organization. Maximizing individual reward and minimizing the cost even if it means a loss for the organization is the unwritten norm. Knowingly or unknowingly, once such a rut is established, it will become difficult for the organization to pull itself out. Here also the “sense of ownership” is the real causality. The members of the organization do not feel that it is theirs. Instead they approach the organization as if it is for them and never the other way round. The organization is no more a space for their self-enhancement. They miss deriving a sense of belongingness, security, satisfaction by being a part of the organization. Individual performance inside such organizations fails to derive its fuel from commitment and responsibility but pins its hope on material/monetary profit. Naturally, a vital force dies out and the level of performance will follow a downward course. 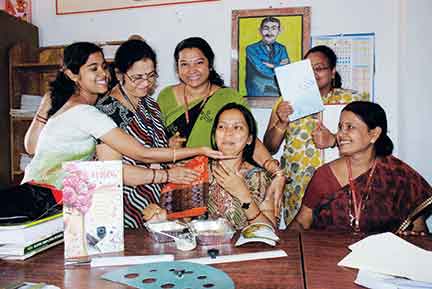 To enhance the sense of ownership

In many situations, “first come first serve”, “survival of the fittest” are the silent norms dominating interpersonal dynamics. In such organizations one can never dream of employees experiencing psychological ownership, which is both a virtue and a necessity for the successful functioning of the system.

So, let educational organizations which aim productivity, raise the minds of its faculties into a state where they declare in words and deeds that “It is mine.”

*In 1959 Robert W. White (American psychologist) proposed a new concept of effectance motivation. He described effectance as a “tendency to explore and influence one’s environment.” Effectance is a psychological need and psychological ownership facilitates the satisfaction of this need.

The author is a higher secondary school teacher working in Kerala with 17 years of experience in teaching. She has published 18 research papers in various national and international journals. At present she is doing research in adolescent psychology in Bharathiar University Coimbatore. She can be reached at
jenyrapheal@gmail.com.