When I read about terror attacks, drone strikes, civil war and military occupation in different parts of the world, I often recall a poem by William Butler Yeats that was part of my undergraduate English literature curriculum. It made a significant impression on my mind because of the poet’s gift for metaphor and allegory. Titled ‘The Second Coming’, it was written in 1919 shortly after the First World War and around the beginning of the Irish War of Independence. The context in which I live and write is far removed from that of Yeats but his words ring true as I think about the violence unfolding in Kashmir, Balochistan, Tibet, Syria, Yemen, and elsewhere.

Yeats wrote:
“Mere anarchy is loosed upon the world,
The blood-dimmed tide is loosed, and everywhere
The ceremony of innocence is drowned;
The best lack all conviction, while the worst
Are full of passionate intensity.” 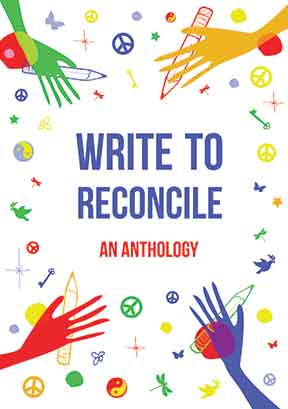 The very fact that a poem written a 100 years ago can resonate across cultures and articulate how I feel is a testament to the power of literature. If words can achieve this, we must think about how the language and literature classroom can become a space to learn about compassion, empathy, forgiveness, healing, and reconciliation – all of which seem to be casualties of the hate that is infecting human hearts everywhere.

This piece does not aim to be prescriptive because of its limited scope. It proposes to look at one specific experiment – the Write to Reconcile project in Sri Lanka – to understand why it was set up in the first place, how it came together despite the challenges involved, and what it has managed to create through the use of creative writing to build bridges between people from communities with a history of conflict. The three-year project was initiated by Shyam Selvadurai, a novelist of Sri Lankan heritage who is based in Canada. It was supported by the National Peace Council of Sri Lanka. The pedagogy and the creative output have been documented in a three-part book series titled Write to Reconcile. All the quotes in this piece, and references to stories, are from these books.

Internationally, the Sri Lankan civil war is often described as one that was fought between Sinhala Buddhists on the one side and Tamil Hindus on the other. This neat division is far too simplistic as is the idea that the war began in 1983 and ended in 2009. Communities are rarely so unanimous in their perspective on issues and putting down the guns hardly ever brings hostilities to an immediate end. Moreover, Sri Lanka is rich in cultural diversity. It is home to other communities, including Muslims and Christians.

Selvadurai remarks, “Because of the polarized situation that existed during the war, and unfortunately, continues to exist post-war, each community has come up with its own fixed narrative of the conflict and its place (always as the victim) within it. These fixed narratives are black and white. They leave no room for the incredible mixing and blending that has occurred between the various communities of this country; they leave no room for the fact that outside cultures, the various colonial powers, the Arab merchants whose ships stopped off at our shores, have also shaped and defined who we are; they leave no room for self-examination.” 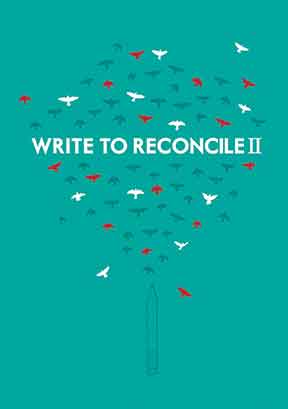 In late 2012, a formal call was issued to invite all Sri Lankans from the age of 18 to 29, and teachers and professors of any age, to apply to be part of this creative writing project. Applicants were asked to submit writing samples and make a case as to why they ought to be selected. Residential workshops were organized in different parts of Sri Lanka and each one was followed by an online forum. In the first year, workshops were held in Colombo and Jaffna. In the second year, they took place in Kandy and Batticaloa. In the third year, they were hosted in Anuradhapura. Selvadurai had two co-facilitators to assist him – Nayomi Munaweera and Ameena Hussein. The former is an author of Sri Lanka heritage based in California. The latter is a Sri Lankan sociologist, writer and publisher.

In these workshops, participants learnt about the tools and techniques of writing as well as editing, and various forms such as fiction, memoir and poetry. They worked on exercises specifically designed to produce creative work on themes such as conflict, peace, reconciliation, trauma, and memory. They met local artists whose work deals with these issues and also watched films from other places with a troubling history of armed conflict, namely Palestine, Chile, Sierra Leone. The facilitators also took participants to visit people who shared their life experiences and painful memories.

Munaweera says, “We were all students and teachers, coming to a sense of how much human suffering had occurred in the war years. It was both overwhelming and enlightening to hear these many different voices….Some students had never been close to a person of another ethnicity before and now they were sharing their life stories with each other in the classroom, over meals, and in their shared rooms. Long-held assumptions about other communities were being questioned and dispelled.” These interactions fed into short stories that were eventually published in the Write to Reconcile series. Three of these moved me deeply – The Flag by Shilohni Sumanthiran, The Girl in the Headscarf by Hafsa Mazahim, and The Legacy of War by Easwarajanani Karunailingam.

Sumanthiran’s story, The Flag, unfolds in a school right after the Sri Lankan President makes a speech announcing the end of the war. The violence has ended but the antagonism is still alive. A Tamil student who thinks critically, instead of absorbing the biases of either her parents or peers, has a difficult time understanding how the experience of war can be reduced to a win/lose scenario where people defend their own positions but fail to empathize with what others have gone through. This story also raises questions about racial profiling, the fears of adults who speak about social justice but are unwilling to walk the talk because of risks involved, and the fragility of friendships that shut down conversations about topics that are uncomfortable or risky.

Mazahim’s story, The Girl in the Headscarf, has a hijab-wearing protagonist whose attire is, to her, a symbol of her faith and devotion. However, to many others, it is a marker of difference that signals danger. Her religious identity is used to humiliate her, and make her feel so unsafe that she wonders about the course of action to take – backing down with fear, and running for her life, or standing there and claiming her rightful place in a country she belongs to. Her family and her community are under threat because videos inciting hate and threatening Muslims are being circulated via social media. They cannot trust the state authorities to protect them. They have only each other to turn to, apart from friends from other communities who miraculously appear and stay there in their time of need. 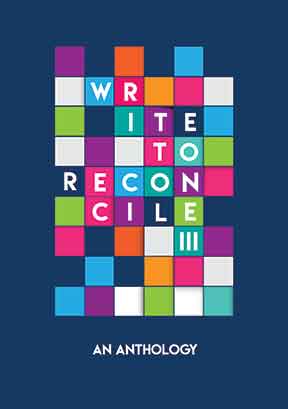 Karunailingam’s story, The Legacy of War, revolves around an 11-year old Tamil girl whose father has died in the war. Her mother does road development work and odd jobs to make ends meet. The supervisor at one such workplace has been trying to force her into marrying him because she has been unable to repay a loan she has taken. This woman does not trust him, and is worried about what he might do to her daughter when she grows up. She ends her life by walking in the direction of an approaching train, and her daughter is adopted by a Sinhala tea-seller who is an ex-military officer. He promises to take care of her as his own daughter. This is his chance to take responsibility for his actions during the war. He tells himself that the girl would have never suffered had her father not been killed, and her mother not been exploited.

It is evident that the workshop participants worked hard on their craft, and also engaged in copious amounts of emotional labour. They worked individually and in groups, gave and received feedback, and kept themselves together over numerous edits. They put themselves into the shoes of people whose families had experiences utterly different from their own. They kept themselves open to the viewpoints of people they had been brought up to think of as enemies. This training in empathy is what the world needs today and Selvadurai believes that creative writing is an avenue that can make this possible. What do you think?

Munaweera says, “The suppression of truth and emotion is a dangerous thing leading to dysfunction, whether in a family or a nation. I believe that people need to talk about what happened across the divides of race, ethnicity and religion in order to understand what each community lost and gained. This has to happen before we can see each other’s common humanity again.”

The author is a writer and researcher who specializes in peace education. After earning an M.Phil. in English Language Education, he worked with the Kabir Project, Seeds of Peace, and the UNESCO Mahatma Gandhi Institute of Education for Peace and Sustainable Development. He is currently a fellow with the Prajnya Trust’s Education for Peace Initiative. He can be reached at chintan.prajnya@gmail.com.