Last year, the top spots in the X and XII national board exams went to the girls. There is a steadily growing social refrain that the female gender is more sincere and hardworking. Is this a myth, one wonders? Or is it a reality? Perhaps it is a bit of both. Perhaps the girls have always had to over compensate and over deliver while the boys are only now having to stand up to comparison in a newly shared space with them. It can also be the first spring of the girl friendly season, the honeymoon, so to speak, of newly opened, smooth surfaced highways, facilitated by supportive parents, civil society and “Beti bachao beti padao” and “Sukanya samridhi” governance.

The figures speak for themselves though. There has been an increase in female enrolment in the country’s educational institutions according to media reports. A swell is afoot in the women workforce too. The average age of girls entering marriage has gone up. There is the slightest of improvement in the gender ratio of our traditionally patriarchal cultures. You see more girls entering sports and riding the motorcycle. The female sex definitely seems to have gotten a foot inside the gates to personal salvation and more skylights keep opening up for them. Even the armed forces are throwing open their combat roles to women.

But where are the boys amidst all this song and dance over girl empowerment? The developed world has been sounding alarm bells over the boy crisis for some years now. Are we in India following them in this trend just as we have done in other issues? Or have we just stopped short of feather fault lines courtesy our deep, socio-religious and cultural patriarchy? 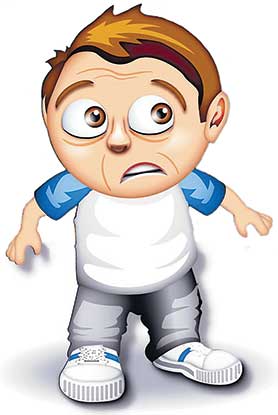 In the west, there have been scholarly studies and debates over educational systems that are hurting boys. There is a school of thought that claims that boys are being academically neglected and emotionally persecuted by teachers whose training, style and temperament favour girls. How then are the boys coping with the proactively female friendly policy environment? Do they feel trapped in strictly defined gender roles? Are they confused as to the expectations from them? Do they feel anger at the strident feminism around them? Are they threatened by the pro-girl air they now have to breathe? Does it scare them to see patriarchy under attack and the consequent challenge to male authority?

It is being claimed by some that the male reaction is taking the shape of young men refusing to grow up. They fail to launch, parking in front of the TV, holding ambition and productivity at bay. They spend their time watching violent video games. They are dropping out of colleges and chilling in their floaters and bermudas. They are returning home from life outside to live off their parents, resisting the responsibility of maintaining independent units and raising their own families.

Substance abuse, social violence and rape are being called the symptoms of boys gone adrift. Disciplinary issues in school going as far as expulsion are not unheard of. ‘Boys will be boys’ continues to be the latent theme with one major variation: there is greater pressure than ever to succeed with a heavily shared pot of gold, barely visible at the end of the rainbow. Parents of boys today are under greater stress than those of the girls.

What schools and parents and the media can do is to cultivate cross gender sympathy and avoid comparison altogether. There are unique challenges both the genders are struggling with today. And women issues are no longer just about women, they are central to all humans. See how they are affecting the boys!

The author is a former journalist, teacher and advertising professional. She has published an anthology of micro fiction and can be reached at [email protected].