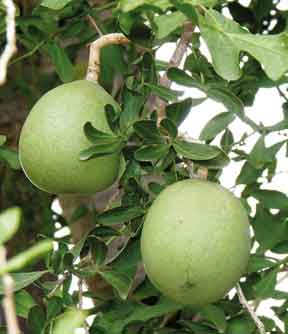 Human beings make sense of the world through the process of categorization. Taxonomy (from the Greek words ‘taxis’-arrangement and ‘nomia’-method) is the scientific discipline that classifies and names living organisms. There are various systems of classification, which are continuously revised as more and more organisms are discovered and newer techniques invented. Internationally, the most accepted process of naming is based on the Linnean system of Binomial Nomenclature.

Taxonomy is considered dry and boring by most students and teachers. Sadly, this is due to the approach taken in studying this discipline and a total ignorance about its service as a knowledge tool. If we observe ourselves then we will become aware that our mind is always listing, sorting and grouping to make sense of the world around us. It’s then followed by naming or attempting to find a name. The way humans categorize and give names is called folk taxonomy. The names evolve from observations, behaviour, or association with familiar features. Sorting and listing plants, birds, fishes and small animals in this manner can be a cause for confusion in today’s world. So vilvam or bael and vilampazham or kathbael trees are easily distinguished by my parent’s generation. But for my generation and those younger, who decipher the world in English language, it can become a matter of confusion as both these trees are known as wood apple tree. This article is about three commonly found trees that are loved by humans and elephants with equal enthusiasm and are also often confused one for the other.

Wood apple and elephant apple
Which tree is called the wood apple and which one the elephant apple? Be quite sure that at least 3 different trees will bear these names. A tree with fruits that are sought after by elephants is an elephant apple tree. Trees with fruits resembling an apple with woody exterior are wood apples. This is folk taxonomy, where names were based on observed characters in one’s environment. As long as communities lived in small settlements, such a system worked well and identifying and knowing the living world, using these resources was not difficult. With settlements expanding into towns and cities and resources beginning to come from far and wide, classifications needed to be accurate. Folk taxonomy is often based on a single factor. Scientific taxonomy takes into account several features. Thus, wood apple could either be Aegle marmelos or Limonia acidissima. Elephant apple could either be Limonia acidissima or Dillenia indica.