There is a peculiar taste of joy in finding a well-written book involving a teacher as protagonist. Little moments in those pages begin to acquire poignancy because of the memories they trigger in our minds. The protagonist’s journey becomes somewhat wound up with our own lives as teachers – our experiences in the classroom and outside, our insights and frustrations, also the bond we share with our students. 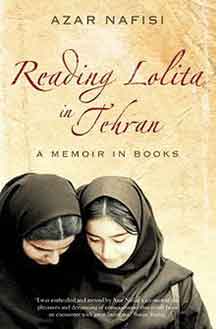 Iranian writer Azar Nafisi’s Reading Lolita in Tehran is one such book. I like this memoir for the way in which it celebrates the power of literature in bleak times. It also resonates with me because of the camaraderie that characterizes the teacher-student relationships described in here.

More than halfway into the book, the author shares an anecdote about Razieh, her student at Alzahrah University. Her recollection is a powerful reminder of how new teachers who come to the classroom armed with new ideas need to be patient with students and understand that students have been conditioned to learning in a particular way and need a combination of time, space, patience, and engagement to adapt themselves to change. I too have had to learn this lesson as a teacher, and it has helped me stay grounded in difficult circumstances.

Nafisi describes her shock at discovering that most of her students had simply reproduced her classroom notes in the mid-term examinations instead of responding to the questions she had assigned. She was unable to fathom how they could have recreated the lectures verbatim without referring to any notes. What she learnt from her colleagues did not help much. They told her that students regularly memorized what their teachers said in class and served it back to them without altering anything.

“I was young and inexperienced, and I thought certain standards were expected and understood. I remember I told them it would have been better if they had cheated – at least cheating required a certain ingenuity – but to repeat my lecture word for word, to include not so much as a glimmer of themselves in their response…I went on and on, and as I continued, I became more righteous in my indignation. It was the sort of anger one gets high on, the kind one takes home to show off to family and friends.”

Nafisi’s reflection reminded me of a writing workshop* I conducted four years ago, based on the assumption that students would appreciate the opportunity to write about things that mattered to them, experiences that held personal significance beyond pleasing the teacher and scoring good marks. At one point, I observed that some of the writing being turned in was plagiarized. Poems by well-known poets were being passed off as the students’ own work. Like Nafisi, I was angry and felt cheated. 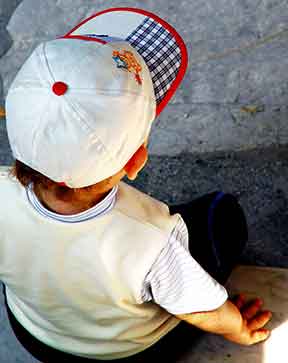 Nafisi writes, “They were all silent, even those who had not committed the sins I had attributed to them. I dismissed the class early, although the culprits and a few others stayed behind to plead their case. They were docile even in their pleas: they wanted to be forgiven, they did not know any better; this was what most professors expected. Two were in tears. What could they do? They had never learned any better. From the first day they had set foot in elementary school, they had been told to memorize. They had been told that their own opinions counted for nothing.”

After all the students left, Razieh waited to have a word with Nafisi. “It isn’t their fault,” she said. “I mean, it is in a way, but I always thought you were one of those who cared.” Nafisi admits to being startled by “the echo of reproach” in Razieh’s voice. She asked, “Would I have been so angry if I didn’t care? “Yes, that is the easy way,” Razieh said quietly. “But you must think about where we are coming from. Most of these girls have never had anyone praise them for anything. They have never been told that they are any good or that they should think independently. Now you come in and confront them, accusing them of betraying principles they have never been taught to value. You should’ve known better.”

This is one of the most mature teacher-student moments I know of – a student holding her teacher accountable. Nafisi’s public acknowledgement of this is another mature moment – a teacher willing to admit she is fallible.

My epiphany, unlike Nafisi’s, was a bit delayed. Months after I unleashed my fury on the supposed plagiarists, I read the journal entries written during that workshop. I realized that my excitement about working with learner-chosen topics had me oblivious to my students’ challenges. I wanted them to get rid of their habit of memorizing readymade essays from composition books. How naïve of me, however, to think they would break out of their old patterns overnight! I did not anticipate the tremendous pressure some of them may have felt because of my insistence on original work. Recalling that time, I wish I had someone like Razieh to shake me up, to help me realize that one needs to wait for things to change.

The author holds an M.Phil in English Language Education. His research interests span the fields of peace studies, literature, education and Southasia. He can be reached at chintan.backups@gmail.com.