I saw a mother dropping off her son at school. All around the front of the school, children were walking in the same direction wearing the same school uniforms. The mother pulled her car up in front of the school and the young boy opened the door and started to get out of the car. He was tugging on his new pants as his mother gave him a stern look.

“Mom, these uniforms suck,” he said in an irritated tone. “I don’t want to look like everyone else. I want to wear my own clothes. I want…” 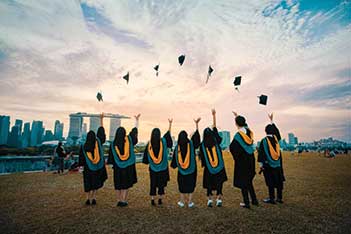 “I don’t want to hear it,” she said sternly. She appeared to have a lot on her mind as she looked in her rearview mirror and waited for him to head into the school.

“I don’t want to wear a uniform. I hate uniforms. Uniforms make me look stupid. Uniforms…”
“Quiet!” she said loudly. “If you don’t wear a uniform you won’t be allowed to go to school.”
“I don’t care,” he said matter-of-factly trying to annoy her.

She got very upset with his last comment, but she remained calm and started to formulate her response to his rebellious statements. “You don’t care? If you don’t wear the uniform they will kick you out of school and you will be a drop out.”

The author is now out of the K-12 classroom and is a Professor of English at Indiana University of Pennsylvania. He can be reached at thibsman@iup.edu.