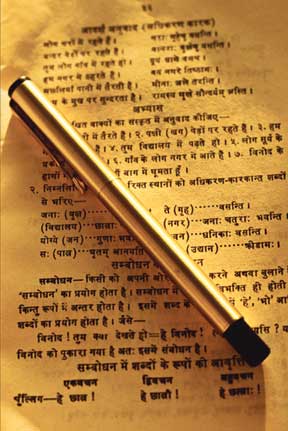 Swati’s parents were frantic. And so was Swati! It was nearly the end of January and the tenth standard board exams were barely two months away! Swati had scored 42 out of 100 in Sanskrit in her preliminary examination and was worried about the impending board exams. After three years of “studying” Sanskrit as a language in 8th, 9th and 10th standards, it still remained incomprehensible to Swati with its many grammar rules and the large number of verses and words to be learnt by heart. Swati and her parents were clueless about what to do. They were stumped as to why a language touted as “scoring” was proving to be so difficult! Swati had chosen Sanskrit because of its popularity as a scoring subject but found herself entangled in its workings thus unable to understand and score.

This is how Swati came to me. Two months before the exam, distraught and under much pressure. Swati’s scores in all other subjects were pretty decent indicating that she was capable and worked hard enough to achieve a certain level of grades. I realized that she had not grasped the basics of the Sanskrit language at all and I was confident that having done that Swati would score just as well in Sanskrit.

Translated from the original article in Marathi by Jamuna Shukla.