It was one of those moments. We’ve all had those moments, the moments when the constellation of past experiences and the present moment converge upon epiphany. I was in rural Rajasthan with my 11th standard class when I first met Panalalji, an elderly man dressed in a pleated white dhoti and turban. He said, “I am an illiterate school drop-out and yet I have constructed this house based on the principles of traditional, local architecture. Such indigenous knowledge systems are being wiped out by modernization and the standardized education it comes with.” Hearing this in the period of flux and transition I was going through led me to question much of what I had come to have faith in.

After 10th grade I was burnt out and disillusioned with the type of education I had received thus far, or rather, with the elitist environment in which I received it. I went to a school that most people in my city called “snobbish” and I was afraid I was becoming a snob myself. I was far more concerned with my appearance or the latest gadget than anything that held any lasting meaning. And it was this that would guide my decisions in the years to come – my search for some (however transient and illusory) sense of meaning. So I decided to make a significant transition: I switched schools, leaving what had so far been a cloistered environment for a school that was founded on the principles advocated by the philosopher, J. Krishnamurthy.

It was a year of many first times: the first time I travelled in public transport, the first time I regularly sat on the floor to eat, the first time I travelled on my own, and most significantly, it was the first time I felt free to explore my interests outside of a traditional academic space. I learnt dance, conducted physics experiments, wrote poetry and read literature; but activism became my passion. I began volunteering with the Campaign for Justice in Bhopal and participating in action against the introduction of Bt Brinjal to agriculture in India. Doing this work kept me more engaged and fulfilled than school ever had. What motivated me was the fact that I felt like I was contributing to something that extended beyond myself.

I was learning a lot in this period of transition, but more importantly I was “unlearning” most of what I had learnt my entire life. I was unlearning the need for prestige and popularity. I woke up to the world around me to realize that I lived within a bubble of privilege. Social injustices that I benefited from served to marginalize a large majority of people whom I knew very little about and hardly interacted with. 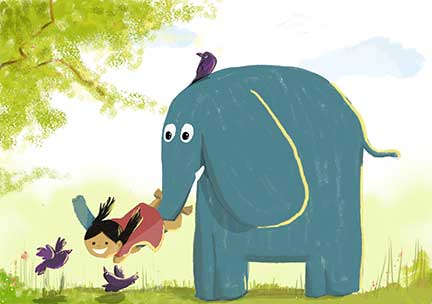 I was convinced that, ultimately, I wanted to do something that would serve those who are politically and economically marginalized. And yet, as Panalalji so effectively pointed out, I was receiving precisely the kind of education that serves to marginalize them.

These experiences, compounded with many other factors, finally brought me to the decision to discontinue my formal education. While my new school was indeed much more liberating than the previous one, I still felt the need to engage with the world outside the confines of the classroom. I was meeting victims of the Bhopal Gas Disaster, travelling to organic farms, and organizing demonstrations and I didn’t want my schooling to prevent me from continuing to do so. I left school after 11th standard. I chose to take my school-leaving examinations as a private candidate. Unlike the option of staying in school, which would require me to abandon my work organizing and campaigning for social justice issues, this left me the freedom to be self-directed and study independently while also pursuing my own interests.

Once I completed the exams, I was dreading the possibility of re-entering a space of formalized higher education. I wanted an education that foregrounded the non-academic aspects of learning. Up until then I was learning by engaging in projects, travelling, building relationships, and honing my own skills and creativity. I was getting so much out of this that I didn’t want to go back to an education that merely focused on (often arbitrarily defined) academic standards.

Luckily, I found just what I was looking for: Gaia University, a university without walls that emphasizes ‘project based’ learning, where I am now in my final year. I have spent my time with Gaia working on a number of different projects: I volunteered on organic farms, spent time living and learning in land-based communities and eco-villages, and worked as a librarian and teacher in alternative schools. I now research issues of adivasi politics in the Nilgiri Biosphere Reserve.

Through all this I have often been questioned and challenged about the unconventional life choices I have made. Over the years some questions have repeated themselves frequently (perhaps more often than I would have liked!), so I thought of putting down the answers in writing. Here they are:

But aren’t you shutting off opportunities?
The first and most compelling argument I heard for not stepping out of conventional education (and therefore conventional livelihood options) was that I would be closing doors and/or shutting off future possibilities. If I just continued and completed my education, then I would always have the option of stepping back in whenever I chose to.

I must admit, this got me thinking and it was one of the main things that held me back for a long while until I came to my final decision. Looking back, I think I would question the notion that continuing would have simply meant that I was “keeping my doors open”.

We always have to make choices and each choice means closing some doors and opening others. The only real question is which doors we will choose to close and which we decide to open. While the choice I made did certainly close the doors upon some forms of opportunity (largely economic) it also opened up a whole new world to me. A world where I had both freedom and agency, where learning was not separated from life and where I was free, finally to act in accordance with my deeper inclinations without allowing institutions to dictate the choices I was making. Moreover, I was certain that I could find creative ways of acquiring degrees, certificates and other pieces of paper without necessarily having to attend a regular college. 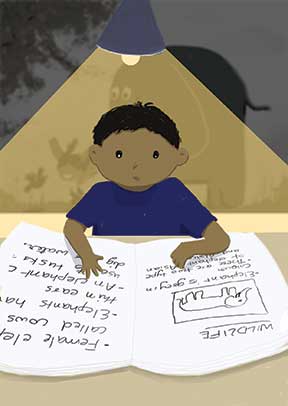 But how do you know you’ve actually learned something?
I’ve lost count of the number of people with degrees who really don’t have anything much to show for it. Having a degree and grades is often a really poor indication of actually having learnt something, and people are now trying to come up with newer and better alternatives.

How do I know I’ve learnt natural building? I know because I’ve plastered a wall, because I’ve laid half a sub-floor. Why am I convinced that I’m passionate about ethnographic research? Because I’ve endured countless interminably long bus journeys up the winding hills of the Western Ghats just to conduct an interview, and I enjoyed every part of it. My point is this: I derive the greatest sense of fulfillment from actually doing the things I am learning about. Experts have called this “action learning” and educational institutions such as Gaia University are now attempting to incorporate these new pedagogical methods into their degrees.

Doesn’t being out of college mean you don’t have a peer group? Don’t you miss it/ feel lonely?
It’s true that I don’t exactly have a singular, consistent ‘peer group.’ However, the last few years have given me the opportunity to connect with people from many different walks of life and to form friendships across age groups, class/caste boundaries, and geographic localities. Being able to draw upon these diverse sets of experiences of people who may be younger or older than myself has really broadened my perspective.

Are you the only one doing something as crazy as this?
No, not at all. Check out Gaia University, Swaraj University, and uncollege.org to find other people who have made the choice to pursue alternative educational paths!

I of course don’t mean to suggest that leaving formal education is the best choice for everyone. What I am attempting to convey is that we have choices. We’ve become far too accustomed to following normative models and adapting our lives to fit linear narratives. However, I think my experience, and the experience of many others, proves that we can and should stop treating our education system as a one-size-fits-all model and remember that there are a whole host of choices out there: you could take a gap year, acquire a degree through distance-learning, take leave from college, or put together your own curriculum earning a series of certificates and diplomas along the way, or you could do something entirely different! My point is this: we can and should design our education to actually fit our learning needs and adapt systems to meet our specific requirements instead of living our lives at the mercy of systems that primarily teach us to conform and obey.

Note: I say all of this with one caveat: what I am saying is limited largely to middle class and upper-middle class people and is directed towards that population. I say this because I think it is problematic to argue that people in the lowest classes of society have the access to the resources necessary to design their education to fit their individualized learning needs; their struggle is often about inequitable access to education.

The author is an independent researcher based in Gudalur, Tamil Nadu where she conducts ethnographic research on three distinct, yet interconnected, processes: the implementation of the Forest Rights Act (2006), informal gold mining, and the politics and governance of alcohol addiction. Through these sites, she examines the construction of the adivasi (and non-adivasi) identity, especially as it intersects with issues of forest policy and governance. When she’s not travelling for fieldwork she can cook a mean thai curry and loves taking long and leisurely swims. She can be reached at [email protected].