Today’s children will spend their lives in a world increasingly affected by a changing climate. 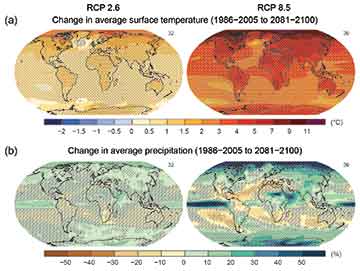 Climate change is a subject that is both critically important and difficult to teach. The global climate system is inherently complex, with many interconnected processes contributing to weather variability and driving changes in local climates. In addition, students may be confused by a cacophony of conflicting information and opinions about the significance of human-caused climate change. Teachers thus face a challenge and opportunity to help their students distinguish between evidence and opinion and to comprehend how a scientific approach helps us to understand the behaviour of complex natural systems. The goal of this short paper is to provide an introduction to climate science together with suggestions on instructional approach.

When teaching students about climate change it is important to distinguish between natural climate variability and climate change. Key concepts for understanding climate change include the role of greenhouse gases in the climate system, the natural forces that have caused the Earth’s climate to vary over time, and the extent to which human activities have altered the composition of the atmosphere and the surface of the planet. Students should be encouraged to think critically about how we know that human-caused global warming is occurring and about the role of models in helping us understand how continuing emissions of greenhouse gases will cause the Earth’s climate to change in the future.

The climate system and forces of change
Climate refers to the typical weather, in the sense of a statistical average, together with the likelihood of extreme events, for particular places and times of year. The components of the climate system including the atmosphere, oceans, ice, land, vegetation, and surface water, interact to determine the characteristics of regional climates and the variability of weather patterns over time. The circulation of the atmosphere and oceans redistributes heat and moisture from the equatorial region toward the poles. That motion displays some seasonally varying patterns, which define contrasting climatic zones. These include the Intertropical Convergence Zone (ITCZ), a broad band girdling the Equator with rising air, frequent convective storms, and high annual precipitation. Just north and south of the ITCZ, centered at latitudes around 30° north and south, are bands of descending air that lead to hot and dry climates in subtropical regions. In the mid-latitudes, storms are steered by the eastward flowing jet streams. Underlying features such as mountains, large ocean currents and boundaries between oceans and land also define the characteristics of regional climates by influencing air movement and precipitation patterns.

Beyond this broad distribution of climatic zones, the climate system displays many forms of internal variability. For example, the irregular see-saw between El Niño-Southern Oscillation (ENSO) warm and cool events leads to worldwide changes in predominant storm tracks, often with striking effects on local climates, including the likelihood of droughts and floods.

The author works at the (U.S.) National Center for Atmospheric Research. Her research focuses on climate impacts, adaptation planning and management of climate-sensitive natural resources. She can be reached at kathleen@ucar.edu.