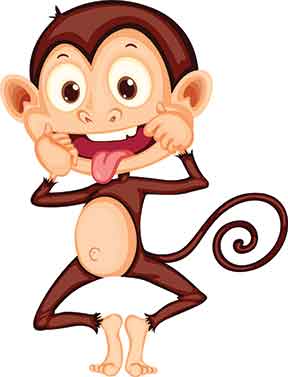 I was recently at a conference in India where I heard a story about a monkey who was given the task of watering some plants while the gardener was away. To check how much water to give each plant the monkey decided to pull each one out and measure the roots. It would then give each plant an amount of water based on the length of its roots.

Over the past 18 months I’ve run courses on CCE in a number of states throughout India, from West Bengal in the East to Tamil Nadu in the South and Maharashtra in the West. In each state I’ve seen this same monkey lurking in the background. The potential danger of measuring pupils by actually disrupting their growth – but why might this be the case and can we stop it from happening?

CCE has a huge potential in India and can really be a positive way of assessing pupils. Rather than measuring just what they can produce at set times of the year, CCE can measure progress and process as well as the product. But to do this it needs to be implemented effectively.

First of all, it’s important to realize that the framework developed by the CBSE is just that – a framework. It isn’t meant to be prescriptive, it’s meant to be something that each state can adapt to suit its textbooks and perceived needs. Unfortunately, this is not always the case – and this is the first instance where I can see the monkey getting in on the act here if we aren’t careful.

The second thing to note is that the main premise behind CCE is that assessment is an integral part of the lesson and the same activities that were used for teaching/learning can be used for assessment. In fact, for the children there is no noticeable difference between the two things. And, for teachers it is possible to actually assess while the teaching is taking place. CCE does NOT mean having more tests spread throughout the year.

Developing systems that match the textbooks and the learning outcomes of these textbooks is paramount. So far, the courses I’ve been running have been closely tied to the textbooks for each of the states. I’ve worked with teacher educators (often DIET lecturers) and state primary teachers on designing a practical system for CCE. One of the key issues we’ve tried to address is how to implement CCE in large classes of over 60.

And, here again I see the shadow of the monkey lurking. Many of the state curriculum documents talk about classes being learner-centred and activity based, yet the reality is that many classes are still very teacher-centred – the rhetoric simply does not match the reality. To be honest, this is hardly the fault of the teachers as they lack both the training and the support to make the switch. CCE will work in large classes where group work and pair work are typical. It will work in a learner-centred class, but not in one where the teacher still does most of the work.

Many people involved in education in India have realized that the current exam oriented system, while good for some, is actually harming the majority. A move towards a system that is more equitable and gives every pupil a chance to show what they can do, rather than what they can’t, has got to be good. CCE certainly has this potential but teachers need support to help them implement what at first glance appears to be a complex system.

Developing tools, frameworks that actually fit the textbooks of each state and training is the only way to make sure those teachers don’t become the monkey and start pulling up the pupils to check their roots.

The author is a freelance trainer, writer and consultant based in the UK. Over the years he has worked extensively in the region on projects including assessment, materials development, teacher training and trainer training. He can be reached at adrian.tennant@ntlworld.com.