The Approach
In the preface to his three volume classic, History of the Freedom movement in India, R.C. Majumdar (1888-1980) ‘one of India’s most distinguished twentieth-century historians’1 made a very telling remark, especially relevant to teaching of the history of the Indian Freedom Movement to young learners. ‘I have not hesitated’, wrote Majumdar, ‘ to speak out the truth, even if it is in conflict with views cherished and propagated by distinguished political leaders for whom I have the greatest respect’ and that a ‘solid structure of mutual amity and understanding cannot be built on the quicksands of false history and political expediency.’2 Similarly, legendary historian P.V.Kane (1880-1972) who received India’s highest civilian honour, the ‘Bharat Ratna’ observed in 1953, in the course of his presidential address to the Indian History Congress that ‘it would be better not to teach any History to students for the period before 1947 at all rather than teach a garbled version of History.’3 He cautioned against being guilty of the habit of suppression veri and suggestion falsi.4 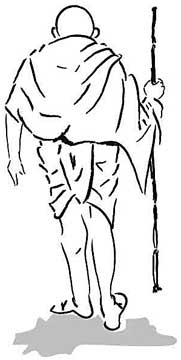 Truth in narrating events, truth in analyzing their causes, truth in elaborating their details and truth in assessing their impact regardless of one’s personal predilections and prejudices is what is perhaps of great importance in narrating the events of the freedom movement. Such an approach will also enable the teacher to provide the wide-eyed and eager young learner with a fresh perspective on the history of the whole movement. The attempt must be to teach the history of the freedom movement in a balanced and objective manner free from any ideological bias. Such an effort is yet to be made in a comprehensive manner. In fact, the freedom movement, if taught with an open mind, can truly turn into a remarkable instrument for developing cohesion, understanding, and harmony in growing minds, for it is a saga symbolizing the diverse efforts and struggles that went into realizing one great dream.

Why teach the freedom movement
But why teach the freedom movement? Why preserve its memory? The past is after all the past! The answer is a simple and direct one. The memory of any collective effort, any united struggle and any willing sacrifice that has strengthened our national unity, expressed our noblest aspirations and displayed our diversities of approach and action towards the one united goal of national liberation needs to be taught in order to continuously inspire young minds and instil in them values that encourage the growth of self-exceeding thoughts and acts. The freedom movement is just one such collective effort. In fact, the lives of the great exponents of Indian nationalism, if narrated in an inspiring and colourful way, can easily sow value-seeds in each young listener. The movement abounds in such inspiring and heroic narratives. Every child is actually ‘a lover of interesting narrative, a hero worshipper, and a patriot’5 and appealing to these in the children will allow them to come in touch with and master the continuously ‘living and human parts’6 of the movement. The memory of the struggle needs to be preserved – this may perhaps sound clichéd – so that each young mind lives through the struggle that his forefathers underwent and begins to value the very idea and feeling of ‘freedom’. Some among them shall perhaps grow up to be life-long defenders of the value of ‘freedom’ itself.

The author is currently a Research Associate with Vivekananda International Foundation, New Delhi and also a Research-Scholar at the Centre for Sri Aurobindo Studies, Jadavpur University, Kolkata. He can be reached at anirbangan@gmail.com.