My last piece in Teacher Plus was about the solemn and disturbing problem of educating special children with learning disabilities. While doing the research for that article, I came across a startling fact. While a great many number of parents are struggling to handle the education of children with learning deficiencies, a sizable number are affected by its opposite – how to educate a high IQ child who is naturally endowed with above normal learning abilities!

It is often argued that a problem of plenty is a good problem to have. So if a child seems extra smart, then that’s a matter for rejoicing. That’s the common assumption. However, when we dig deeper into the situation, we realize one critical inadequacy of our education system – it is designed with the average student in mind. So sub-par and above par cases are both outliers. And hence both categories face difficulties.

While the problems of special children are more obvious, the hurdles faced by these high IQ or ‘gifted’ children often go undetected. Especially because the problems are not academic in nature.

How do you spot a gifted child?
Defining common characteristics of such gifted children is in itself an arduous task. That’s because the gifts that these children seem to be born with are varied. Some children have astounding memory, some are wizards with numbers while some others are extraordinarily quick learners.

The primary definition of a gifted child is one whose intelligence puts them in the top 2% of the population. But a high IQ score isn’t the only way to tell that a child is gifted. For instance, an IQ score may not be the right measure to judge excellent musical abilities in a gifted child.

Some signs of a child being gifted are visible right from their infancy. Children may learn to speak before they turn one or learn to play an instrument while still in kindergarten! However, when the child is ready for school, the differences become more noticeable. 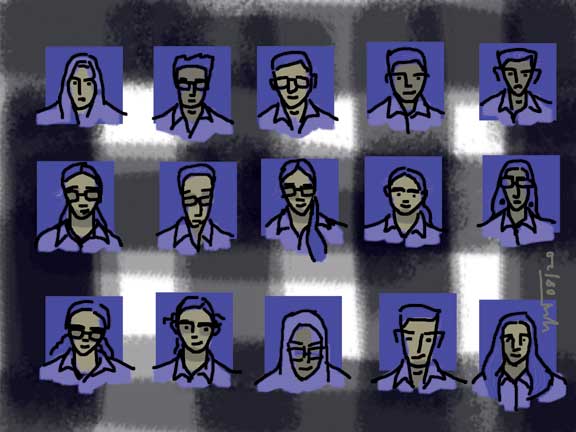 Within the classroom
The ability of these children to pick up lessons way faster than the rest of the class is the first visible sign to a teacher. This is a tricky situation that teachers find themselves in. How to pace the lessons in class? While the obvious focus is on the class majority, how does the teacher keep the fast learner interested?

As a direct consequence of this gap in learning pace, the gifted child often appears ‘bored’ in class. Or some children may even seem impertinent by trying to outsmart the teacher. If teachers don’t watch out for the underlying reasons, instead of getting appreciated for being a keen learner, the student may land up getting admonished for disobedience!

It takes keen observation and empathy from a teacher to spot the child’s discomfort. I have heard stories of some amazing teachers who go out of their way to inspire and engage these fast learners with extra activity. That way, the child is happily engaged and also develops a deep respect for the teacher.

The concept of ‘Double Promotion’ or allowing students to skip a year and directly join higher classes was in practice until a few decades back. Though the idea works on a purely academic level, the associated complications that arise are plenty. A gifted child might feel isolated among older, more physically grown up kids. Just because the child has better learning abilities, does not mean the child doesn’t possess other frailties of one’s age.

When children are really keen and ready to clear exams of higher classes in advance, they would have to take up open board exams from The National Institute of Open Schooling (NIOS), Government of India. These exams are conducted for secondary and senior secondary levels. There are no age limits set for these exams.

Outside the classroom
The biggest challenge for a gifted child is the inability to blend into one’s peer circle. A casual conversation among little ones in class might sound inane or silly to a gifted child. Thus the child stands out as an outcast and gets labelled as a ‘geek’.

Legends about great scientists of popular lore such as Nikolas Tesla or Charles Babbage often record their extra-ordinary behavioural traits. Charles Babbage cooked himself in an oven to “see what would happen”. Bill Gates quintessentially represents our modern concept of geekdom. Many of these high achievers often talk about the role of that one teacher who understood them, and how that teacher helped in shaping their future outside the classroom.

I recently happened to meet a little geeky fellow. He is a relative’s son, a precocious nine-year-old. To my silent amusement, he was replete with all the stereotypes of a geek – thick glasses, aloof behaviour and surprisingly comfortable in grownup conversations. His knowledge of European history had a jaw dropping effect on me. His academic grades were predictably superlative. However, his clinical logic behind choosing basketball over football as a choice of sport in school really had me thinking. “Why fight for possession of one ball with rowdy teammates and get just few moments of action? Might as well get my own ball and practice basketball to my heart’s content,” he opined. Smart answer at face value. But hidden underneath is the inability to blend and share. The boy’s passion for world history then turned out to be because “My history teacher is the best lady in the whole world!” His words, not mine. Seems the teacher was his absolute favourite because she spent after school hours with him discussing history books and biographies, and allowed him to be himself. She was even a special invitee to his birthday parties!

The mind of a child is a wonder in itself. While all children start with a blank slate, some happen to imbibe a lot more knowledge than the others as they grow up. Gifted children are like a super absorbent sponge, they can take in a lot more. Adults around these children, be it the parent or the teacher, need to rise up to the challenge. We need to invest time and effort, feed these children with more quality information than the average child. Then we can sit back and watch with pride as these children build on that knowledge and become great innovators, thinkers and achievers in future.