A six-year old child was caught red-handed by the school teacher using unfair means in the exam. She was interrogated by the teacher and the child sitting beside her testified that she was copying from the notes she had brought with her. The child’s former class teacher was called upon followed by another teacher teaching that particular subject. All the three teachers admonished her repeatedly in front of all the students who were giggling and making fun of the girl. She was then taken to the school’s supervisory head where another cycle of disgrace was inflicted on the child. The punishment for this act did not stop here. Following this, she was made to stand in the school corridor for almost an hour and her parents were called by the school principal. Conclusively, the girl stopped eating her meals properly (Anecdotal Record of a parent).

The context in which this incident took place was that of a testing situation/examination conducted in a public school in India. In research literature, formal testing is placed under Assessment of Learning paradigm where the primary purpose of assessing students is to quantify what they have learned for the purpose of selection, certification and external reporting. Patricia Broadfoot, a renowned sociologist, observed that examinations deal only with the product of learning, disregarding the process, they do not address responsiveness of the child to instruction, and provide no information about the potential intervention techniques (Broadfoot, 1996). Similar observations are made by the position paper on examination reform that criticized the traditional examination system for inducing high levels of anxiety and stress leading to suicides and nervous breakdown in students (NCERT, 2006).

Shifting to assessment for learning
An emerging school of thought in educational assessment, characterized by Assessment for Learning, emphasizes on assessing children in multiple ways, and to provide them multitude of opportunities to prove their worth. Keeping the guidelines of National Curriculum Framework (NCERT, 2005) in mind, the Central Board of Secondary Education (CBSE) and many other education boards in the country have worked assiduously for revamping the examination system in the country. In 2009, CBSE introduced the Continuous and Comprehensive Evaluation (CCE) scheme in secondary grades which replaced the year-end board examination system. Following the Right of Children to Free and Compulsory Education Act (RTE Act, 2009) in April 2010, it became compulsory to implement CCE for each child till the completion of elementary schooling.

Status-quo maintained
The primary package on CCE developed by the Department of Elementary Education, NCERT, found out that many schools were practicing weekly tests in the name of continuous assessment in all subjects. This scenario has resulted in excessive testing of students as now, instead of just one year-end examination in the pre-CCE system, multiple paper-pencil tests or exams are conducted in an academic year.

These tests tend to intensify the pressure on children to such an extent that either the child starts using dishonest means for faring well in these tests or the teacher in her inspectorial role during the examination looks at each of the child’s acts with an eye of suspicion. In both the cases, it is the child whose mental health gets affected negatively.

The teacher’s public comparison of one child with another based on marks earned in the tests/exams instills a spirit of competition in children which John Holt called acquiring an ‘ignoble satisfaction of feeling that one is better than someone else’. In such cases, one child’s failure becomes a source of exhilaration for others leading to the development of apathy and callousness among children. This is in contrast to the aims of education which emphasize co-operation over competition.

In order to take stock of the CCE implementation, the Ministry of Human Resource and Development (MHRD) constituted a sub-committee of the Central Advisory Board of Education (CABE) “Assessment and Implementation of CCE in the context of NDP in the RTE Act, 2009” (chairperson, Geeta Bhukkal, former chief minister of Haryana). Its report in July 2014 strongly recommended reintroduction of detention in elementary classes, and rescinding CCE as it is being equated with no assessment in schools with the teacher not teaching and students not studying without any fear of failure.

Conclusively, CBSE oscillated back to formal testing and reintroduced student detention by means of formal testing from the academic year of 2017-18. 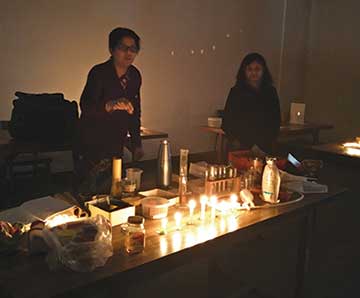 Addressing the debate: way-out
Dhankar (2017) while taking both the views in cognizance argues that although detaining children through reintroduction of formal testing may not ensure learning but providing a certification to learners who do not subscribe to the required learning levels is equivalent to national hypocrisy, “a cruel joke played on the children in the name of half-understood child-centrism” (p. 37). So, the question emerges “What form of assessment policy would ensure student learning, good classroom practice simultaneously serving the purpose of external reporting and certification?” If not formal testing, not CCE, then what could be the alternate ways of assessing students ensuring effective learning?

To this end, Scotland’s case of dealing with these problems seems relevant. To illustrate, national assessments introduced in the UK in the early 1990s laid strong impetus on professional judgment and formative use of assessment. However, the policy got distorted in its implementation due to an increasing emphasis on standards, target-setting and accountability in the mid-to-late 1990s, thus, moving the focus from assessment to measurement (Harlen, 2007). In order to review the policy implementation, a review program entitled “Assessment is for Learning” (AifL) was introduced in 2003. This program was concerned with the whole system of assessment for the age range 3-14.

This program recognized that a comprehensive programme of change would succeed if and only if teachers and other staff felt ownership of the new procedures. To this end, ten projects dealing with various aspects of formative assessment were set up. It included developing personal learning plans for students, moderation of teachers’ assessment, development of bank of tests and tasks, and a framework for reporting progress to parents and others. Almost all local authorities (30 out of 32) and over 1500 schools were involved in the development of one or the other project by the end of 2004. On completion of AifL program, an action plan for improvement was proposed by 2007 which was adopted by all the schools. Some of the salient features entailed: teacher-led quality assured assessment judgments, external assessment for formal qualifications; information from national monitoring using external assessment was separated from information about pupils and schools based on a national sample.

This demonstrates a successful example of review of assessment policy implementation as had happened in Scotland, thus indicating that oscillating from one assessment paradigm to another will not serve the purpose of achieving the valued educational goals. The need of the hour is to devise plans of action to identify what went wrong in the implementation of CCE, how the problems can be addressed and public support can be built.

Parent of a Grade 3 child in Springdales school, Delhi speaks:

I am satisfied with the CCE that occurs in my son’s school. They have so many opportunities for him – mathematical, scientific, creative, analytical, etc. Teachers keep a tab on how a child is performing, where he is good and where he is bad. They have found ways of appreciating high achieving students by making them mentors, low achieving students are pushed in other co-curricular activities where they mentor so-called high academic achievers. I never see teachers running around during cultural functions, it is always students and parents who manage the function. Their self-esteem increases dramatically, this is CCE to me…

A private school teacher says:
CCE cannot succeed unless we change pedagogy. CCE is based on constructivist learning theories and it is bound to flop if we don’t move away from behaviouristic pedagogical principles.

It is very tiring but useful. I have seen children who work well in group tasks but fail in individual testing situations. We should continue with CCE in some form or other…it should not be scrapped.

Grade 8 student speaks:
It was good. I used to learn a lot…through projects and other things. I was given multiple chances unlike those ‘do or die’ stuff in boards… I would be happy to have it back in my school.

The author is an Assistant Professor at Lady Irwin College, University of Delhi. She can be reached at [email protected].