In 2018, Sikkim wanted to revamp its primary textbooks for language, mathematics and environmental studies (EVS). The state followed NCERT textbooks from class 6 onwards and was not satisfied with the existing textbooks for classes 1-5. They took help from the Mahatma Gandhi Institute of Education for Peace and Sustainable Development (MGIEP), UNESCO and Azim Premji University for this venture. MGIEP was trying to embed education for sustainable development (ESD) in textbooks. This was the first time such an embedding was being attempted for primary level textbooks anywhere in the world. The state had also partnered with Jodo Gyan in the past. So, most of the resource persons were exposed to how interactive and fun mathematics can be when various teaching-learning aids [mat(h)erials] are used. The team of authors included teacher-educators from the SCERT and DIET(s) and school teachers. 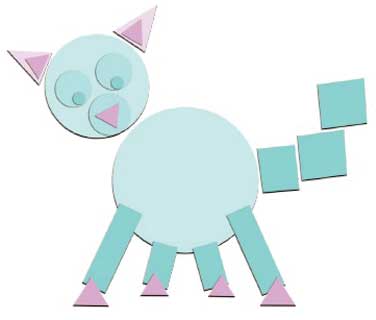 The mathematics groups had 12 authors divided into three equal groups for classes 1-3. Dr. Wagner from UNESCO and two of us from the university worked with these dozen authors. The first few meetings were to orient the authors to various aspects of textbook writing, give them an understanding of ESD and also to develop a syllabus for these three classes. We met for almost a week every month once the chapter writing started. The Sikkim SCERT had already received a set of the number kit (for whole numbers, fractions, decimals and integers) from Math Space, the mathematics laboratory of the university. We took this as an opportunity to embed various suitable mat(h)erials in the textbook. It was also a great opportunity to engage deeply with the content of classes 1-3 and to integrate all the best pedagogical practices that we were aware of.

Many organizations and people have over time contributed to primary mathematics in India. However, those in the northern part of the country had not collaborated much with those working in the south. The latter group had inherited the works of PK Srinivasan. We had the vantage point of rooting our textbook endeavor to both sources. These were our dreams and it demanded quite a lot.

Since we were meeting only once a week every month, a lot of work had to happen beyond those meetings and had to be shared among the group. So, all the authors got comfortable with their laptops and in fact one of them even bought one! Till then, the smartphone had been their main gadget. WhatsApp was their main way of connecting with each other. However, soon everyone was sharing files over email, teleconferencing over phone and also skyping across the globe. Dr. Wagner was with us for some of the monthly meetings and kept in touch over email and Skype. During one such meeting, we visited a school to deepen our understanding of the ground realities and to get the perspectives of the teachers. Needless to say, the mountainous terrain of Sikkim did get in the way of connectivity, but could not dampen our spirit, or the pace of the work. Each chapter was reviewed and improved multiple times. The number of iterations reduced as we got more comfortable with the task.

The entire project was further enriched as we were joined by a group of designers from the state. Thanks to their efforts, the textbooks turned out to be colorful representing the local people and their culture. Because of some administrative hurdles, the work began a bit late. So, we faced a last minute rush in finalizing the textbooks. But, the hurdles faded when we saw the final version – it was all worth it!

Most of the authors had a good command over math. But it was not always easy to come up with stories and examples rooted in local contexts with a flavour of ESD. Each example had to be thought through. Each topic had to be introduced with the need of connecting the concept to the life of the people in Sikkim. The second challenge was to make the pedagogy constructivist – bringing in a flavour where children are encouraged to discover rather than the textbook (or an adult) telling them what to do. So, conversations between and among children as well as those with teachers and other adults were used often. Many a time, the initiating question would be posed by a child and the adult attempted to help the child (or children) figure things out rather than give a direct answer. Games and activities were also included wherever possible. Many of these were done as stories, so that the teacher (and the children) could get a sense of how to play.

The textbooks were based on the NCERT books. But they were modified so that the local food, fruits, trees, games, festivals and various other aspects of the Sikkim culture were represented in the chapters. In addition, mat(h)erials were included to explain concepts. Since many of the authors had worked with Jodo Gyan, this part was relatively easy. All of them felt the need for mat(h)erials and understood the benefits they offer. We borrowed from the works of Maria Montessori, Rohit Dhankar (Digantar), Jodo Gyan and the pullouts (part of the magazine At Right Angles published by the Azim Premji University) by Padmapriya Shirali, a student of PK Srinivasan. 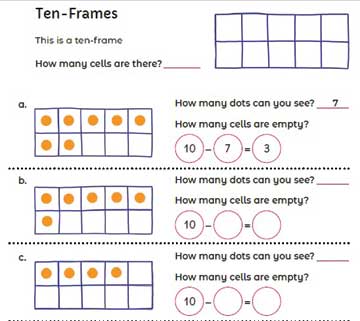 We added thematic chapters in both classes 2 and 3 to showcase how different mathematical concepts could be used in day-to-day life. It should be noted that the first thematic chapter appears only in class 4 of the NCERT textbooks. ESD was new for all of us. Almost all exemplars in the MGIEP guidebook involved higher level mathematics – using algebra and functions to model and optimize. So, we had to figure out what could be done with the basic concepts in the beginning years of primary mathematics. Apart from going local, we focused on fruits and vegetables rather than candies, rural situations in addition to urban ones, local measures used for weight and capacity and issues (like landslide) that people commonly face in Sikkim. Moreover, we included choices people make based on mathematics – e.g., why wheels are round or what would happen if the football was a cube.

For example, we decided to include a child with one leg in one chapter of class 2 to fulfill a mathematical need as well as to be inclusive. Another author liked the idea and added a child with one arm as a character, who is the most sought after player for a local game, in a chapter of class 1. We added Braille in the patterns chapter in class 3. In this manner we included different kinds of disability in each textbook.

We were aware that these textbooks would be very different from the existing ones and therefore the teachers would need a lot of hand holding. We decided to address this in two ways – (i) include “Teacher Note” wherever needed within the chapters, and (ii) add “Teacher Pages” for selected chapters in each textbook. In addition, we added a “Note for Parents and Teachers” at the beginning of each textbook to help them understand the thinking behind the approach. The learning outcomes for the respective class were also added to each textbook. Sikkim also got them reviewed by experts from the state. Their feedback was also incorporated. 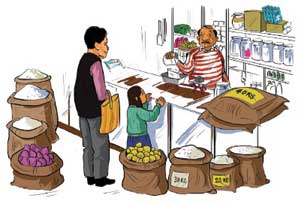 After one year of hard work, we had an orientation workshop with the teachers who would use these new textbooks as a pilot. They went through various selected portions of the textbook, many activities and uses of various mat(h)erial embedded therein. They agreed that the new textbooks were very different from what they were using so far, and that it would require them to work hard. However, they were all willing to put in the effort. And they did! We set up a WhatsApp group with the teachers who tried out the new textbooks. They shared pictures and videos of the work children had done, the games they played in class, the mat(h)erials they made and used – the fun they had! Teachers saw children engaged in math activities even during break! In addition, they helped us identify many typos and other mistakes which we rectified and asked for clarifications as and when they needed.

Math Space also got enriched in the process. We had worked on mat(h)erials for numbers, algebra, geometry and mensuration. This project expanded that work to (i) measurements – length, weight and capacity, (ii) patterns, including tiling, and we also developed mat(h)erials from things around us, things we usually throw away. We developed a kit of triangles, circles and rectangles (including squares) to supplement the textbook. Later, it was modified keeping the needs of upper primary in mind. It turned out much richer than anticipated and continued to be useful for primary as well!

By the end of it all, we were enriched by the experience of working deeply with primary mathematics, had the privilege of building on the work of many others, stretched our horizons with regard to ESD and most importantly contributed meaningfully to the lives of the schoolchildren of an entire state.

These can be made from any thick card type material including boxes and coloured paper. Bottle caps and toothpaste caps can be used to draw the circles.

With these one can make all possible types of triangles except the equilateral and all types of quads in addition to various explorations involving seriation, sorting, patterns and algebra, tiling, perimeter and area, and symmetry. They can foster creativity as well as provide various opportunities to think logically and justify.

For more such ideas on creating your own teaching mat(h)erials contact the author.

[The views expressed here are those of the author and not necessarily the official views of Azim Premji University.]

The author is Assistant Professor at the School of Continuing Education and University Resource Centre, Azim Premji University. Math is the second love of her life (first being drawing). She is a B.Stat-M.Stat from Indian Statistical Institute and has an MS in math from the University of Washington, Seattle. She has been doing mathematics with children and teachers for 12 years and is deeply interested in anything hands-on – origami in particular. She can be reached at swati.sircar@apu.edu.in.