“The fault, dear Brutus, lies not in our stars, but in ourselves, that we are underlings,” (Act I, Scene ii, Julius Caesar).

Even as we make a ritual of blaming the syllabus and the powers that be, every teacher of English who reads this quotation, (even those who take pride in top examination candidates) should ask whether he/she has opened windows to worlds beyond the immediate, for that, in essence is where literature should lead us.

There is no question about whether literature should be taught in school. The point is whether we allow ourselves to actually teach it when we subject the works of the world’s greatest writers to a series of questions like “who said what to whom and when?” and “where does this scene take place and who else is in it?”

A CBSE examination question on Shelley’s Ode to the West Wind asks, “What colour were the leaves?”

This illustrates that the poetry that we teach in school is more a demand for absurd memory testing and mathematical accuracy than any real exploration of the text. Questions, whether asked in class or at the examination level have very little to do with interpretation, and the occasional “give your opinion of…” question is worth hardly two marks while a recall question may be worth even four.

Grown-ups love figures. When you tell them that you have made a new friend, they never ask you any questions about essential matters. They never say to you, “What does his voice sound like? What games does he love best? Does he collect butterflies?”

Instead, they demand: “How old is he? How many brothers has he? How much does he weigh? How much money does his father make?” Only from these figures do they think they have learned anything about him. (The Little Prince – Antoine de Saint Exupery) 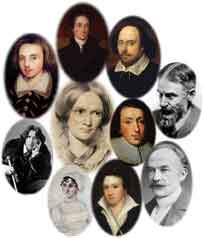 At this rate, the world’s greatest works may as well be substituted with popular fiction like JK Rowling’s Harry Potter, where probably the only questions worthy of asking are on the lines of “where does this scene take place and who else is in it?” or “what colour was the potion?” The language of such books is “simple” and (despite the criticism of not being considered “original,”) can still be considered “creative.” This would perhaps satisfy the argument that studying literature in school should be “easy” and “fun” – and ultimately, at the examination level, “scoring.” The truth to be acknowledged here is that literature is a reflection of life, and as such, not merely “simple” or “easy” or “fun” and therefore not about “scoring” life points.

However, the fault is also in our stars, and syllabi should not escape criticism. As You Like It, a comedy that is supposedly simple (and superficially may be so), is definitely not a text for ICSE students, because the comedy is far too contextual and arguably dated. College professors are clear that it is a text for graduate studies – at ICSE level, it is a frustrating, irrelevant and an almost unfunny read. Teaching As You Like It in Std X amounts to teaching almost nothing of Shakespeare.

On the other hand, it becomes an electrifying moment for a teacher to hear, as I have been fortunate enough to hear, after sharing extracts from Macbeth with Std X, that some students, (knowing that they will never study the play in college as it may not be in their syllabus or as they may never study Humanities), would like to have special Macbeth classes after ICSE. The reason for their interest in Macbeth over the prescribed As You Like It is because “it is about what matters and because we can relate to it.”

I consider this to be indicative of what students want to draw out of a reading experience – not a nodding acquaintance with names of writers and their works, but the understanding and interpretation of a shared experience.

Every teacher of literature knows that along with the various academic definitions it has acquired, literature is a record of refined emotional responses. That which we grope for in our thoughts and that which we fumble for in our speech is what we read, clear and reflective, in literature. It empowers us with imagination and the ability to appreciate beauty, it identifies and distils passions and liberates us from our prosaic, humdrum existence. In literature, we find connections beyond countries and religions and learn what we shall never stop learning more about – the minds of men and women, both terrifying and exhilarating – all through an orchestra of words that penetrate deep into our consciousness.

This is why, when confronted with the task of teaching an abridged version of Oscar Wilde’s The Nightingale and the Rose (with every nuance drained out and all of Wilde’s delicate imagery reduced to the language of a middle school back bencher), I used the original.

Doubtlessly and unfortunately, we teachers are bound by the mysterious ways of syllabus framers and examination paper setters, but we could find relevance in the words of William Blake: I must create a system or be enslaved by another man’s. I will not reason and compare. My business is to create.

The author is a senior English teacher at The JB Petit High School for Girls, Mumbai. She can be reached at bubla@rediffmail.com.