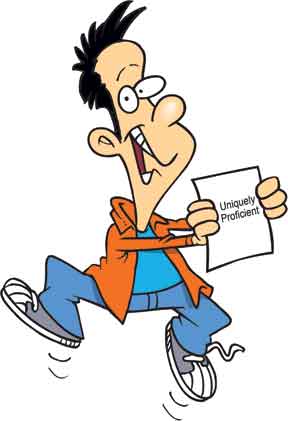 As a child growing up in the 1960s who was more interested in sports than in academic balderdash, the question that was uppermost on my mind in the months of March and April was whether I would be asked to repeat the class. Students in those days knew from day one that not all would be lucky enough to make it to the next class; promotion was not a given. Lest they forgot, teachers often took great delight in openly naming the students whose heads were on the chopping block. Unlike the students of today, we did not take offence at this; and nor did this constant reminder of being an underachiever scar us for life. We were made of sterner stuff. We stoically took the liberal dose of shouting and knuckle rapping we received from parents and teachers; we felt they were doing their rightful duty by giving us their weekly dressing down. When at the end of the academic year a judgement was passed on our performance, we merely accepted it. If we passed, we heaved a sigh of relief, and if we did not, we merely bit the bullet and went on with life. A far cry from the fragile students of today.

The word ‘failure’ is not a term the student of the present generation is accustomed to hearing. In the early years of schooling, students are automatically promoted to the next class, no matter how appalling their performance has been during the academic year. Matters are begun to be taken seriously a year before the Board exam: schools which are keen on ensuring that their pass percentage remains high, weed out the potential underachievers and ask them try their luck in some other institution. The modern student, when he fails an exam, does not put the blame on his past karma, and get on with the job of living. Being fragile, he reacts to this setback in different ways. He broods, and not being used to failure, at times takes the drastic step of becoming part of the obituary column. The scheming ones join hands with their parents and put the blame of their non-performance on their teachers. If the parents are influential, they get the media involved, and for the media, teachers are always open season! In colleges and universities, students go one step further; in addition to a tongue-lashing, they also manhandle the teacher. Given the present climate, it is understandable why teachers are reluctant to fail students.

It therefore came as a surprise when the wielder of the blue pencil informed me that the current issue of Teacher Plus was to deal with failure. In the January 2010 issue of this magazine, I had written about the slew of politically correct terms that had invaded the domain of the teaching profession. How words like ‘cheating’, ‘lazy’, ‘test/exam’ and ‘chits’ have been given a makeover and been replaced by politically correct terms like ‘academic dishonesty’, ‘motivationally deficient’, ‘assessment’ and ‘discreet exchange of penned meditations’.

Things have come to such a pass that it is no longer considered PC to use ‘failure’ or ‘fail’ in academic contexts. A number of terms have been coined to reduce the bluntness and perhaps the negativity associated with these two words. A student no longer fails an exam; he merely has ‘deferred success’! Another non-judgemental term for failure which one sees bandied about in the US is ‘deficiency achievement’. The unfortunate student or candidate who does not make the grade is ‘passing impaired’ and experiences ‘incomplete success’ in the exam. Those that fail are not to be called ‘incompetent’ or ‘stupid’, they are merely ‘uniquely proficient’ and ‘differently brained’. While these ‘knowledge base non-possessors’ (ignorant students) may be the weakest students in your class, it is not PC to label them so. You class no longer consists of opposites; there is no such thing as the best and worst student. Both are to be labelled ‘best’; one is to be called ‘least best’, that’s all! At times, when these students fail to do their homework, you may have to ask them to stay back after school. The word ‘detain’ is no longer the preferred term in this context; the student has ‘hit a social speed bump’ and is therefore ‘exit delayed’. 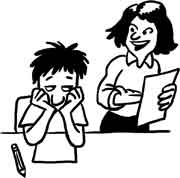 How do educational institutions increase the knowledge base of those who are intellectually challenged? Usually, they have ‘special classes’ or they run a ‘remedial course’ in the hope of bringing the students up to speed. These two terms are now frowned upon and they have been replaced by the non-judgemental ‘advanced readiness seminars’. It is a mouthful, but it makes the remedial course sound a lot more important, doesn’t it? It is a different matter that the students may find the contents of such a course ‘differently interesting’ (boring) and may opt to ‘ration consciousness’ (sleep) in class!

The list goes on and on, but I would be failing my duty if I did not stop here. You may wonder if I was ever ‘passing impaired’. At school, during the early years, I was motivationally deficient and as a result, I hit many a social speed bump. My head was always on the chopping block, but thanks to my grandmother’s hotline with God, I never had to experience ‘deferred success’.