It’s a short word with a long meaning and an array of implications. The real imbroglio with One is that it implies that everyone exists together, on the same plane, where there is no One superior or inferior. While the human has always been called a societal creature, society itself doesn’t imply one-ness; it implies that even if there does exist a group of people who share the same mannerisms, they are still categorised superficially under distinctions of class, religion, colour, and gender.

The diverse human fiber doesn’t allow all of us to exist on the same plane. Creativity is valued for the reason that it is a manifestation of our differences and uniqueness. Creativity murders monotony and sameness that might otherwise dominate the world.

There are thoughts in the human mind that are not meant to be seen or touched, thoughts rarely even acknowledged by our conscious selves. Impulses, passions, hatreds, chimera (something that is hoped for, but is illusory and misleading in nature), primitive instincts – they’re buried deep, usually, and that’s where they belong.

And now, religion – the oft touted mission for One-ness. Seemingly all religions preach the same but diverse religions in the world can only coexist on the premise that dissimilitude is inevitable. Without it, there would be stagnation. And let us see the situation for what it is – equality amongst nations or entire populations is not a failed concept – it a fallacious one. If we truly believe that each human is ‘unique’, then how is it conceptually possible for this uniqueness to be put aside, and for every human to operate on the same mental, moral, and intellectual level? It would be terribly contradictory on our part to expect religion, a concept that preaches that we’re different because we worship different Gods, to also be responsible for bringing about equality on a macro or micro level. 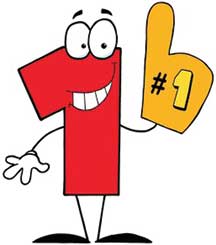 Why else would the concept of one language, whether “Ido” (1907) “Interlingua” (1951) or psychoanalyst Zamenhof’s Esperanto (which literally means “to hope”) in 1887, fizzle out? What else could account for the failure of the Spanish dollar in 17th century or the gold weights theory or even the Euro in the 20th century?

Yet, in spite of these repeated failures, countries, governments and leaders remain hopeful that one-ness is somehow attainable.

Humans are born with the inbuilt biological instinct to survive, to challenge the odds and struggle to emerge victorious. The word people have learnt to take comfort in is “hope”. We are hopeful that things will work, and we are “hopeful” that we will survive. “Hope” is the elixir the mild and moderate thrive on. It is imbibed by those people, who are willing to suffer in silence, patiently and not act as aggressors.

The legacies of leaders who gave hope have been immortalized across the globe – Mahatma Gandhi, Martin Luther King, Nelson Mandela, Mother Teresa – these are the beacons of hope in the history of our troubled world. In fact, Christianity, one of the religions whose ideals are unrelentingly questioned, criticised and debated, is essentially based on the notion that Jesus was resurrected and so even after death, it is “hope” that is not lost.

Paradoxically, the world’s most horrific catastrophe, the Holocaust, was also connected to the concept of hope. Suffering the consequences of the Treaty of Versailles and then the Depression, Germany needed its former glory restored. Cue, Adolf Hitler, the extremist and mastermind who came with a weapon stronger than any machine gun or bomb. Hitler was “hope” for Germany. What Hitler did was to convert passive hope of the people into active aggression. This was what ultimately led to the slaughter of six million Jews.

The existence of two categories of people has been instrumental in maintaining the balance of the world. “Hopeful” people are those who subconsciously prefer to be controlled, who prefer to be followers in a large crowd, than to lead one alone. Actively hopeful people control and those merely hopeful are the ones who are controlled.

History has repeatedly proved that nations function only when someone takes the role of the leader and the rest comply. That is the other part of World War II, which destroyed German world power a second time. It is also the part of history that restores our hope.

It would simply be delusive on our part to try and achieve ‘one’ in the world, for it goes against the way we humans function.

Grand armies of researchers and philosophers equipped with funding and reputation may have continued to deduce various intricate reasons as to why the dissolution of One has failed. But for me, no amount of research or figures can eclipse the bitter truth. Like many instincts we possess, the instinct to believe in the ‘convenient’ and the ‘comfortable’ is one that dominates our lives.

The author is a 17 year old, 12th standard student of Cathedral and John Connon School, Mumbai. She can be reached at [email protected].