The last term of this academic session has started in schools. Soon students and teachers alike will be looking forward to the summer holidays. Summer time is beach time, to frolic amongst the waves and pick up shells that they bring to the shore. Shells and bird calls introduce children to the world of Nature. With the shells come every child’s first tongue twister – she sells sea shells on the seashore. They give us so much joy and make us wonder – how did such forms get crafted? Why the particular shapes? How do those animals look that build them? If you are one of those who has tasted sea food, then maybe you do know how some of these animals look, no doubt dead, and between garnishes of onions, tomatoes and corianders. In their living state they present a different picture altogether. 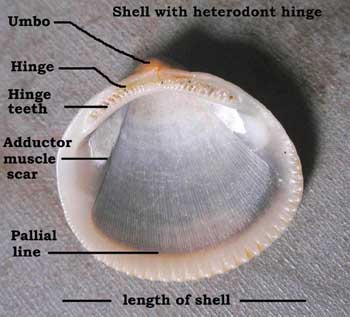 Shells as we know them are the external protective cover of soft bodied animals that belong to the phylum Mollusca. The word mollusca is a derived term from the Latin root word mollis, which means ‘soft things’. Aristotle used a Greek equivalent of this word – τᾲ μαλάκια – to describe cuttle fish; the word translated into molluscus, which began to be used for this group of animals. The largest phylum of marine animals, these invertebrates form nearly 23% of marine organisms named so far. Molluscs or mollusks, as they are commonly referred to, may be seen not only in marine environments but also in fresh water and terrestrial habitats. They are diverse in their habitat and also in form, size, structure and behaviour. Despite the diversity two features are common to all molluscs – the presence of a mantle with a cavity and the organization of their nervous system. The general arrangement of organs inside a mollusc body is shown below.

The mantle secretes the shell. But not all molluscs are seen with shells. In some they may be internally present and in others completely absent. Gastropods are molluscs with a single shell whereas bivalves, as the name suggests, have two pieces of shells connected by a hinge. As bivalves are the ones commonly washed ashore, frequently eaten, commercially cultivated for objects such as pearls, collected to make lime, this article is about mollusks with two shells, i.e. bivalves.

What is seen washed ashore on our beaches are only one half of the bivalve’s shell. It would be an interesting exercise to see whether you are able to find two halves of the same shell. In live animals, the two halves of the shells are joined together by means of a ligament. They articulate with one another using teeth like structures called hinges that are present on the dorsal edges of the shells. See accompanying illustration and image for various parts of a bivalve shell.