They say that realization is a rather slow process. So it should not come as a surprise that it has taken me nearly 30 long years to realize that I should never have opted for the sciences in school; there was very little chemistry between me and any of the subjects that constituted a part of the so-called ‘science stream’. I dreaded visiting the chemistry lab. The peculiar odour in the room always left me wondering about the source of the smell: whether it was emanating from the assorted chemicals or from one of the students sitting next to me. Not the ideal frame of mind to be in when one was carrying out tests to determine if the substance given to you was a mixture or a compound. So the fact that this instalment of the column will have nothing to do with the theme of this present issue – chemistry – will not come as a surprise to you. I will, instead, focus on the months of May and June.

For children living in India, the month of May means summer holidays – time for a short trip somewhere, provided the working parents manage to find a small window when they can both take time off from work. If their hectic schedule does not allow them to, the kids end up playing hours of cricket in the hot sun or watching and participating in indoor games. Either way, as far as they are concerned, May is a month to relax, when homework, assignments and tests are a distant memory. For the grown ups, it is a month when they have to work harder than usual – they not only have to attend office, but keep a constant vigil as to what is happening on the home front. This of course leaves them drained, and thanks to the summer heat and constant power cuts, many parents begin to feel their age; some, in fact, feel much older than they really are. This should not come as a surprise for according to the Greek poet Ovid, the Latin word ‘maiores’, from which we get ‘May’, means ‘elders’. During Roman times, May was the month when the senior citizens or the ‘elders’ and the ancestors in the society were honoured and hailed as the protectors of the city. The feast honouring the goddess of Chastity, Bona Dea, was also celebrated this month. Since youth and romance were more or less confined to the obituary column, no weddings took place during May. It was considered unlucky for couples to tie the knot during this month. Another theory is that the month of May is celebrated in honour of Maiesta, the Roman goddess of honour and reverence.

The English, on the other hand, had a rather practical name for May. They called it ‘Thrimilce’; thri meaning ‘three’ and ‘milce’ meaning ‘milk’. The long days of May made it possible for farmers to milk their well-fed cows three times in a day. 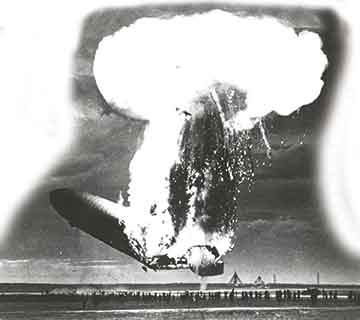 Before I talk about June, here are a few things that happened in the month of May that are related to chemistry – the theme of this issue of Teacher Plus. The disaster that everyone associates with April is the sinking of the Titanic; the one that is normally associated with May is the Hindenburg disaster. Chemistry tells us when two things combine, it sometimes results in a violent reaction. This is what happened to the unfortunate airship, Hindenburg, when it burst into flames while attempting to land at Lakehurst, New Jersey USA on 6 May 1937. There have been many theories about the cause of the accident, one of which is that a small amount of static electricity caused the enormous quantity of hydrogen inside the airship to catch fire – resulting in the giant ship being reduced to nothing in a matter of seconds. Of the 97 people on board, 35 died and several sustained rather serious injuries. The tragedy put an end to long distance travel by airship.

Nowadays, whenever we sustain an injury, the first thing the doctor asks us to do is to get a scan or an MRI. Paul Christian Lauterbur, the Nobel Prize winner for Medicine in 2003, was the man who made magnetic resonance imaging possible. Strangely enough, Lauterbur was not a professor of medicine or engineering, he was a professor of chemistry! He was born on 6 May 1929 – nine years before the ill-fated Hindenburg went down in flames.

May is also the month that the French chemist Gay Lussac gave two laws related to gases: Charles’ Law and the Law of Combining Volumes. But perhaps much more important, he came up with a reliable method of determining alcohol content in water! Bottoms up!

Like May, there are several theories about how the month of June got its name. Some believe it is derived from the Latin word ‘juvenis’ meaning ‘young people’. Makes sense for if May is the month when ‘old age’ is celebrated, then logic dictates that the month after should celebrate youth. Other scholars, however, are of the opinion that the month is named in honour of Juno – the goddess of Marriage and the protector of women. To add to her list of impressive qualifications, Juno is also the wife of the mighty Jupiter, and the mother of Mars – the god of War whom the Romans honour in March. Both explanations seem plausible for they provide an answer as to why June is chockfull of weddings. After a month of no weddings, young Roman couples made a mad dash to the altar in June. Even today, in most western countries, the maximum number of weddings takes place in June. The English, who were forever fixated on their cows, called this month ‘weyd monath’. In Old English, ‘weyd’ meant ‘meadow’; June was the month when cattle could easily find something to chew on in the meadows. 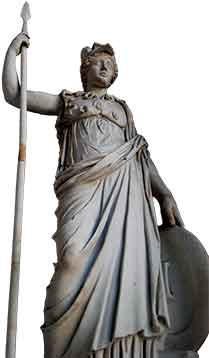 As a child, if you were gaunt and looked like you needed to put on a few pounds, you were asked to pop in a couple of tablets of vitamins every day. The English biochemist, Frederick Gowland Hopkins, one of the two men who was instrumental in discovering vitamins was born in the month of June – 20 June 1861 to be precise. He was awarded the Nobel Prize in 1929 for Medicine for his discovery.

Where would scientists and science institutions be without liberal donations from benefactors? Most of us have heard about the Smithsonian Institution in Washington DC. The 19 museums are world famous for their enormous collection of artefacts and objects. It is of interest to note that the Smithsonian was funded by a well to do biochemist from England – his name was James Smithson. He was a well-known scientist during his time, and before he died he left all his money to United States government in the hope they would start an institution that would focus on the “increase and diffusion of knowledge”. No one is really sure when this benefactor was born, but he died in the month of June.

Sometimes discoveries are made by sheer accident. Take the case of the American chemist Roy J Plunkett, the man who accidentally invented Teflon while he was working at DuPont. He and his partner were working on something else when they came up with their discovery – the well-known and most widely used polymers of all time. Plunkett was born on 20 June.