One of my foremost teaching experiences helped me realize the power of contextualization. I was a young and inexperienced teacher practicing my early teaching with the Centre for Environment Education* (CEE), Bangalore. Like any new teacher, I remember experiencing bouts of nervous energy and enthusiasm. Up until then, I had only the experience of teaching primary and middle school students. Teaching adolescents of grade XI in a public school was a different realm altogether. Nevertheless, I went to school with my lesson plan on my finger tips. The topic was ‘Energy Conservation’. Since I had planned an activity for the class, I carried a bulb, a wire and a battery along.

As I entered, I was confronted with separate seating arrangements for boys and girls; a sight normally visible in many public schools. I imagined that this would hinder the engagement between us. On encountering a new person in the classroom, the girls started giggling and talking amongst themselves. The boys, on the other hand, started shouting, making jokes, hi-fiving each other. As expected, gendered seating arrangement did play a role in creating a boisterous environment in the classroom.

I began introducing myself to them and suddenly, was interrupted by a boy (much taller than I) who came running towards me. He came right up to my face to say that he wanted to shake hands with me. I was taken aback for a moment!

The entire class broke out into riotous laughter. He then slid away to the last bench and started passing comments about me; even addressing me as ‘Deepika Padukone’ and so on. The other boys celebrated this ‘macho’ act by patting him on the back while the girls continued simpering.

I was annoyed and embarrassed. It was a moral assault in a classroom by an adolescent boy on his young teacher. At that very moment, I realized I had to act street smart to save myself from further embarrassment. I took a moment to compose myself and then went up to the last bench where he was seated. I stretched out my hand and asked him if he was really interested in that handshake. There was a moment of silence in the classroom. Some boys booed him. The boy did not look me in the eye, but there was a noticeable smile on the faces of the girls.

I then spoke to the class about how misbehaving is also often a sign of not fully enjoying the class. However, I told them that I was carrying something interesting for them. I took out the bulb and asked if they could light the bulb only with the help of a wire and a battery. Many students disagreed. Some students responded saying there was no socket while some others thought it was possible but could not perform the experiment. Amidst the chaos, the student who had misbehaved previously said he could light the bulb easily. I told him to show it to the class. He joined one end of the wire to the bulb and the other end to the battery to create current. And Viola! The bulb was lit! There was some applause and some commentary from the girls’ end. I asked him to explain the procedure and his response was – “My father is an electrician and I have done it all my life.” 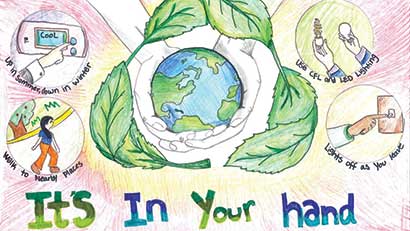 The activity and the consequent discussion brought about clarity on concepts such as – current, electricity, energy and power by contextualizing the lived realities of students with the information in the textbook. The activity also, in this case, worked as an ice-breaking moment between me and the boy as well as the entire class.

The interesting thing that resulted from the activity was that the only student who was able to complete the activity was actually the child of an electrician. An activity such as this gave this boy a platform to voice his opinion. It also gave him an opportunity to bring his knowledge to the table; something he had never done before as he is usually a part of the last benchers who are punished more so often.

We further discussed the implications of keeping the bulb on for a long time like battery run down, bulb getting blasted, more energy consumption, etc., and the steps that can be taken to extend the battery life. Suggestions like switching off when not in use and using lower wattage bulbs were proposed. This was a good suggestion to move into analyzing the cost difference between CFL and incandescent bulb. We spoke of power cuts in India and the possible solutions to addressing this problem. The class was then divided into two groups. This is where the social science element creeps in, as I wanted to know students’ views on sources of energy, their awareness regarding the energy debates in the country and whether they could support and justify their own arguments.

They were asked to imagine a situation where they were the state heads/district heads in their area for Energy and they had to come up with a plan for running a power plant in their area. They had to explain the source of energy they would use for the purpose and the reason behind choosing that source. The debate went on for five minutes when the bell rang but the discussion continued thereafter. While most of the students spoke in favour of solar energy as a renewable source, there was one student who also laid down his arguments for nuclear energy. The class on the whole was quite responsive. Even though most of them were not familiar with the contemporary issue of the nuclear power plant in Kudankulam, Tamil Nadu and its implications for the community, they already had an opinion even before I briefed them on the issue.

The lesson that started with an experiment on energy, current and electricity, ended with a debate on the merits and demerits of nuclear energy. Students were able to think clearly and form an opinion for themselves. It also, additionally, gave voice to many such students whose lives are not very often spoken about in the public classrooms.

*CEE is a national institution supported by the Ministry of environment and Forests, Government of India. Its mandate is to promote environmental awareness nationwide. CEE has a tie-up with the Deccan Herald which brings out a student supplement and distributes the same in various schools; which is why they are allotted certain hours in the schools to talk about issues which are not primarily a part of the core curriculum of the school.

The author is a Ph.D student at the Department of Teacher Training and Non-Formal Education, Jamia Millia Islamia. She can be reached at [email protected].