In the post-liberalization period, education, which is supposed to be the basic right of every individual irrespective of their economic status, has become a commodity. Parents aspire to send their children to English medium schools, not just any English medium school but the best. The reason, I often hear, is that the ability to speak good English will enable their children to get lucrative jobs. This has also led to government schools in some states starting English medium schools. Well, I am not against it. I am an English language teacher myself but when I see children struggling to articulate, I empathize with them. I am afraid that brilliant minds, due to lack of fluency in English language, often face a setback when it comes to competition. The language policy in many private schools in India has led to a great divide between English speakers and non-English speakers. In some metropolitan cities, people consider English as their mother tongue. On the other hand, the speculation that English education leads to the development of communities and the globe at large has also led to the domination that English enjoys today. 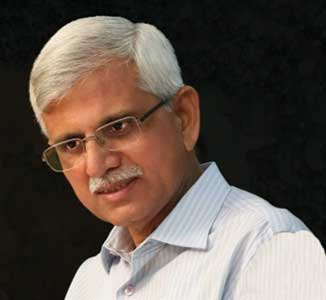 There is no gainsaying the importance of English. It is the language of international communication, science and technology and business. What is more, it is the language of the internet. You just can’t do without English if you want to be a global player – that’s the bottom line. But the language is not at all in need of promotion; actually, it has been over promoted. It is a lingua franca across the globe already, and as the de facto medium of communication in former British colonies like India, it already enjoys a dominant position. It has more non-native speakers than native ones. As a matter of fact, the language has become a global commodity. And the sale of this commodity is being vigorously promoted by various agencies not the least of which are the World Bank, the International Monetary Fund, and the ELT industry in general and the British Council and the United States Information Agency (USIA) in particular. Neither is English literature in an enfeebled state. It enjoys a canonical status in many universities. Actually, what we need to do is to counter the disturbing phenomenon of linguistic imperialism and cultural domination that the language has promoted. The world is multilingual and multicultural, but thanks to this linguistic domination, which is actually an aspect of cultural domination, a multicultural world is fast becoming a monocultural one. English language, which plays a key role in promoting this global monoculture, exercises a hegemony that poses a threat to the linguistic diversity of the world. I’m talking about all this because your question is about facilitating global development by promoting English.

It is a paradoxical situation. We can’t do without the English language, but at the same time, we must counter the global monoculture the language is promoting. Multiculturalism is a new idea. It is struggling to operate within the old structures of the educational system and society. The result is a social spillage – violence in our cities and disturbances in our universities, with the resurgence of nativism and national identity in Europe, America and India adding to them. Sometime ago, I came across a cartoon on the internet which tellingly captured the old structures attempting to contain the new idea of multiculturalism. In the cartoon, a bigot tells a member of a minority group, ‘Look, we are a very tolerant society, but if you don’t behave like us, you can well go back to where you came from.’

Our thinking in general and our educational practices in particular are still within the colonial framework. English language education in our country reflects this. We can promote competence in English in our students and also literary sensibility with the accompanying values to the extent that global citizenship calls for without forsaking our local identity. I’ll give a simple example. The CBSE has prescribed a 19th century British novel called Invisible Man by HG Wells for the 12th class. Isn’t it possible to find an Indian novel, either originally written in English or translated into English from an Indian language to replace that? Or a Sri Lankan or a Japanese novel? Our teaching of English in general and English pronunciation in particular should be based not on a monomodel but a polymodel. This calls for a certain degree of sensitivity and some imagination.

My point is this. Merely promoting the English language, as it is being done as a commodity now, and teaching British literature will be detrimental to global development. Promoting proficiency in English vis-à-vis English calls for nuanced understanding and careful planning.

Do you think school students make a smooth transition from school to college and university? What additional role do you envisage for school teachers in contributing to global development?
The transition is far from being smooth – by and large, I mean. That’s why I have introduced peer mentoring for the first year students of my college. On the programme, carefully identified 350 or so student volunteers render social and academic mentoring to over 600 of their counterparts to help them effect a smooth transition into college life.

College and university life demands a great deal of independent work on the part of students. A typical college entrant in India is unprepared for this. He or she is heavily dependent on teachers. Schools, where students are required to do project and off-campus work are different; students pick up the much-needed skills and also develop some intellectual and emotional maturity as a result. But in the vast majority of schools, this is not the case. This calls for a gradual change in the school curriculum – gradual not radical; radical changes in education have often led to chaos.

School teachers can do a lot in promoting education. Global education includes a range of values – pluralism and diversity, tolerance and empathy, co-operation and solidarity, and equality and justice. These are actually values the promotion of which is essential for global peace, human rights, sustainability, and intercultural communication. School life is a formative stage when beliefs, values and principles develop and take shape. The role of teachers in this process of formation cannot be overemphasized.

Dr. Ramanujam, recipient of two national awards, is a former Director, Loyola ELT Centre; Head, Department of English and Dean of Humanities at Andhra Loyola College. He has served as a resource person at several national and international seminars, made plenary presentations at international conferences and conducted over 125 workshops in schools, colleges and universities in South India. He is currently, Director, ELT Centre, and Senior Professor of English at Gudlavalleru Engineering College.

In conclusion, I would like to add that we need to bridge the divide that has been created between urban and rural schools. Students from a rural background with Hindi or any other vernacular language as the medium of instruction should not feel threatened entering into a college in the city because they cannot speak good English. Students from various backgrounds must be facilitated to co-exist. Therefore, we cannot keep cashing in on ‘English only’ in private schools and compromise on our rich cultural heritage and miss out on the treasure trove of Indian literature.

The author is a teacher of English Language and Literature at Delhi Public School, Vijayawada. She believes in providing equity in education. Her interests lie in bridging learning gaps in students and inculcating reading habits in them. In partnership with a colleague, the author has been supporting teachers who need help in updating their teaching skills. She can be reached at leena3278@hotmail.com.

Correction – The author, Leena Satuluri, in this article
mentions that ‘Dr. Parthasarathy Ramanujam, a renowned ELT
practitioner dispels the myth that ‘Good education is
associated with good English’. This is the author’s opinion
and understanding of multiculturalism and not that of the
interviewee.