“If I were a dictator, religion and state would be separate. I swear by my religion. I will die for it. But it is my personal affair. The state has nothing to do with it. The state would look after your secular welfare, health, communications, foreign relations, currency and so on, but not your or my religion. That is everybody’s personal concern!” – Mahatma Gandhi

“I often wonder whether we really want an equitable and egalitarian society. If we do, education should be a major measure of achieving it.” – Father Kunnankal

“When Sonia Gandhi stood down as PM-in-waiting after the 2004 election, you saw an Italian Catholic woman giving way to a Sikh who swears the national oath to a Muslim president, a majority Hindu nation. Where else on Earth could that happen?” (journalist to Michael Wood)

One more quotation to fire this article and this one from Latin, which goes “If you want peace, prepare for war.” I would like to extend and interpret this in our context to mean a war against all the divisive and adharmic forces in our society. I am neither an academic nor a teacher but a concerned publisher, a desk-and-computer activist for national integration functioning in two areas: literary translation to knit at least the English-reading populations and peace advocacy in English-medium schools.

Something most people do not remember anymore is that the first education minister of free India was Maulana Abul Kalam Azad who, all his life, was a supporter of Hindu-Muslim unity. His mandate was to plan for a society that was made up of nearly 5000 castes and communities, each with its own rules and stories. He had to devise a system that satisfied the aspirations of a region that had given birth to four world religions and also had the world’s second largest Muslim population. His educational think-tank was on a part of the earth that had welcomed Christianity long before Europe embraced it and had accepted Parsis, Jews and Zoroastrians.

From the past to the present ….

Since I am intensely aware that there are many more millions outside schools than in them, I was thinking about how to begin this brief perspective which discusses how the thought-patterns of the educated who will eventually govern India will impact the vast majority that cannot read nor ever will. I asked myself if there was any weapon of mass destruction more terrible than our own capacity to turn on ourselves and self-destruct? Are we not living in a time when the enemy of peace is not in some other part of the world but right here in our midst – armed, ready, and appallingly able? Our incapacity to feel for anyone other than ourselves and our immediate circle, and our failure to teach our children to give rather than to grab is equaled only by our betrayal of our own culture. Operating in a multi-faith country like India, I feel that one of the greatest ideas of our time is the idea of secularism as an equalizer. 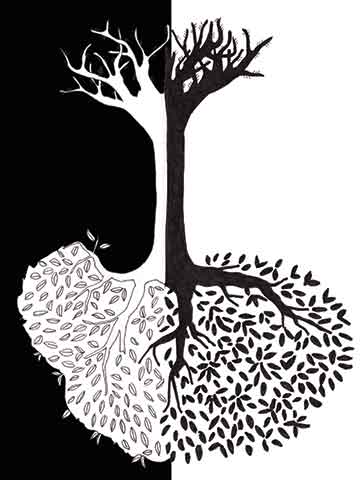 But first, a peep into the dictionary: we are faced with some contradictions and misunderstandings about this term and what it means. It is Latin for “of this world” which delinks it neatly from anything beyond our world! So it means the opposite of religious and even the absence of religion and is a vision of life which forms its ethics without reference to any religious beliefs and which promotes the development of mankind through arts and science. However, the popular understanding of this word is the freedom and equality for every citizen to practice the religion of his or her choice and respect for all other faiths. Most lists of universal/democratic values do not include the term ‘faith’ among the primary values. However I feel that given our religious history, we have both an opportunity and obligation to include faith as one of the primary values. It is riches we could benefit from if introduced and explained fairly in classrooms. Thus we move from self to others.

Is the true application of this idea possible in India, a country which is deeply religious? Let us admit that the Indian psyche is medieval and for at least half a century has grappled subconsciously with the friction of modernity which has reached us with the speed of a jet plane in the form of technology, science, and medical truths which exploded the most deeply held ideas about ourselves, bringing with it the need for a stratified society where some people are born pure and others not, while also demolishing superstitions and long-held notions that the stars influence our behaviour and what the world does to us.

Having worked as an editor for 20 years in one of the world’s biggest and most successful publishing houses that publishes only in English and has contributed to the ‘Englishing’ of India (i.e., Macmillans) and being as I am, currently with an even bigger publisher, Oxford University Press (OUP), I’ve often seen the English language and culture in terms of the metaphor of the Kalpatharu Tree of the Hindu puranas – the wish-fulfilling tree with its roots reaching heavenwards, its leaves and fruits on the earth. Easily reached, the Kalpatharu will give you anything you wish for, but it will also give you the opposite. We needed English to emerge into the modern age and the Indian elite used English to unite against colonial domination. But the Macaulayan system in schools, of focusing on academics, demolished the place that a study of the knowledge of the self once had in India, besides also knowledge of the culturing influences of music, poetry and the arts, most of it drawing inspiration from religion or religious philosophy.

Every conqueror knows that the best way to destroy a people’s culture and identity is to undermine its religion(s) and language(s). The attack on Indian languages started in 1835 with what the Oxford History of India rightly describes as a “fateful decision by Lord Bentick who ruled that ‘the great object of the British Government ought to be the promotion of European literature and science.”

This devaluing of our own knowledge systems, our safety-nets of religious instruction and cultural wealth is one of the reasons for the terrible divide between urban and rural India. English-educated India has taught us to feel inferior to a West that – to put it at its kindest – consigned religion to the rubbish bin, saying that it was something to be confined entirely to the personal domain and kept out of all public life.

As an educational publisher I would like to say that without focusing on the ethics that come from all religions, we cannot teach our children about peace on this subcontinent.

I subscribe to a vision of a better India through Peace Education but wonder how we can do this without appearing to be experimenting with children’s lives. Without value education you cannot have peace so they have to be integrated into mainstream classroom study. Children need a space to express their emotions and talk about things that trouble them without worrying about whether they are getting it right or wrong. Every single thing done or said in class need not be assessed and graded. Anything that builds a sense of self-confidence, self-worth can only strengthen character and morals. I’m saying that we need to go beyond the textbook. A textbook can only carry information; it is the teaching of mutual progress through cultural understanding and environment that promotes lasting knowledge. There can be no greater education than the education of the mind and heart trained to see the other as oneself.

Like the American philosopher said, “You can’t be neutral on a moving train.”

The author is Editor, Translation, OUP and Series Editor, Living in Harmony, the OUP Peace and Value Education programme. She can be reached at minioup@gmail.com.

Can tolerance be taught?
A matter of faiths
Secular ethics: concern for our fellow beings