In the 2013 Hindi movie “Ankhon Dekhi”, the protagonist Rajesh Bauji has an epiphanous moment when he decides not to believe anything, or say anything, unless he knows it to be true from direct first-hand experience. He believes things can be known to be true only from direct experience, not if we hear it from someone else. He doesn’t choose not to believe others; he finds it difficult to rely on testimony as a source of truth. He brings into doubt even obvious things like the day of the week, spherical shape of the earth, existence of places on earth we haven’t visited. Soon enough everyone finds it difficult to converse with him because he refuses to believe things they say, unless he himself can experience the truth of what they are saying. While his attitude is fascinating (even entertaining), we also begin to empathize with the exasperation others feel towards him.

The movie itself revolves around Bauji’s spiritual journey and view towards life, but it makes some notable points about human nature and testimonial knowledge, which helps us think more reasonably about the prevailing anxiety about fake news.

It seems rather strange for Bauji to take such an extreme stance against testimony. Most of the things we know to be true come to us from others: language, maths, science, concepts and ideas that influence the way we think. We would be hard pressed to identify truths we learnt ourselves from direct experience. Also, we use testimony to do many things: we ask others for directions, we read the news, we vote based on election campaigns. We are essentially social beings dependent on each other. 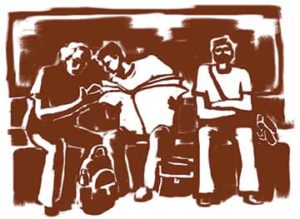 As social beings, we have the propensity to speak the truth. We say what we really think, perceive, feel and believe. Lying and maintaining lies is very hard work; we don’t do it often. Bauji doesn’t think others are lying; he seems to be raising his own standards for accepting something as the truth.

Humans are natural truth-tellers and believe everyone else is truthful too, unless we have a strong reason to believe what is being said is erroneous or that the person is lying. But Bauji’s character goes much further; he adopts a stance of incredulity and refuses to accept others’ words as truth. In that sense he is becoming less a social being than others.

Being social also means that speaking to others and listening to others is integral to human nature. When we converse with others, we think from their point of view, follow their train of thought, share our thoughts, clarify our train of thought and then form beliefs and opinions. We have a propensity to participate in society and to communicate with others, which also explains our preoccupation with the media and near obsession with social media.

How does so much untruth get passed around then?
False information and untruths floating around extensively does not necessarily indicate that many people are lying; or that every person in the chain believes it to be completely true. Information is often passed on, if one has no strong reason to disbelieve it, or a strong reason to want to agree with it. Let me explain using three different examples.

I asked the person who sent it if she thought it was true that ISRO had developed the website. It turned out she hadn’t even read the text in the message. The link worked and she knew I would love this website. She forwarded it to me. She was right. I loved this website even though it was not ISRO, but a group from Netherlands that had developed it.

Information also floats around because someone does not find it significant enough to verify it, or they verify only the part that they found significant. It amounts to carelessness or sometimes insincerity rather than lying.

But then do we believe everything we hear?
If a lot of information we receive could be erroneous because of carelessness or incompetence, false because of insincerity or malice, we should be very concerned about how people receive that information. If humans basically speak the truth, are they fundamentally credulous too? I think not. We always employ a process of inference before we accept someone’s testimony. This processing has different aspects to it.

Consciously or unconsciously, we depend on our sense of whether the other person is an authority on the subject, or if the other person is reliable or not. If we need directions to a new place, we would believe even a stranger who lives in the locality, rather than a good friend who has never been there. If I said smoking is harmless, and a doctor said it is harmful, it is highly unlikely you would believe me over the doctor.

We accept new facts if they fit in with related facts we already believe to be true. In the Radio Garden example above, other facts include: ISRO works on satellites. Radio stations use satellites. This site has many radio stations. What we know already coheres with this new piece of information. If it did not we would treat it with suspicion, or suspect some of our existing beliefs.

That is as far as facts are concerned. What about judgments or opinions? If a friend F says, “G is a very unkind person,” what we hear is “F thinks G is an unkind person.” We would respond by saying, “Why do you say so?” On the other hand, our response would be different if F says she saw G doing something specific that she thinks is unkind. We would accept the factual part, but we might still question F’s judgment that G is unkind, depending on our own pre-existing opinion of G’s kindness.

Often, we provisionally hold information as true, because it is not feasible for us to verify it. If a website tells us there is a beautiful 12th century castle called Westhove near Domburg in Netherlands that functions as a youth hostel, we believe it to be true; until we discover it to be untrue from some other source, or our own experience.

The point is, in any exchange of information, the receiver’s noticeable response might appear as acceptance, but in the privacy of our minds there is never unqualified acceptance. We assess authority, reliability, separate facts from judgment, provisionally accept some things as facts and allow for it to be evaluated later.

Recent research reveals that children too do not accept testimony totally based on authority. In an overview of current findings, evidence is presented that young children “keep track of the epistemic reliability of potential informants” and “monitor the cultural standing of potential informants”. Which explains why some of us teachers are not as popular as others, or how despite excellent pedagogical methods sometimes children do not learn from us.

Humans are not fundamentally credulous. We always autonomously process information that comes our way, not because we distrust the other. That is how the human mind works.

Importance of trust and balanced credulity
Humans speak the truth, and humans are trusting. Humans lie, and humans are untrusting too. But very often untrue information coming our way is a result of misplaced credulity, biases in judgment, sheer carelessness, or in very few cases, wanton lying. Errors and lies get passed on by further bias, credulity, incompetence or carelessness.

So how do we respond to this phenomenon of fake news? Maintaining a stance of disbelief or distrust towards others is not only morally wrong, it is also infeasible given the extent of our dependence on testimony. Imagine a world where we are not able to ask someone for directions, trust websites or use technology. We will spend a major part of our life verifying the truth of things.

We need to reaffirm to ourselves that humans are social creatures with “a propensity to speak the truth” and correspondingly “a disposition to confide in the veracity of others and to believe what they tell us.” 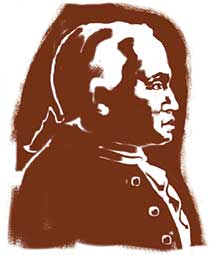 According to Immanuel Kant, it is our duty to “not distrust” others. Distrust in others and lack of confidence in their ability to judge truth, he says, amounts to logical egoism that encourages “indifference to the judgments of others in comparison with my own”. When we trust that others have actively thought about their conclusions even if they disagree with us, the disagreement helps us reassess our own thought process and evaluate the conclusion we made. Our disagreement with the other is bound to do the same for them.

Human beings are concerned about truth, they desire to speak the truth. The idea of objective truth will not survive a society of logical egoists. As teachers it is our duty to encourage students to trust and have confidence in others’ ability to think for themselves, as much as their own. The phenomenon of fake news itself is not as portentous as the large-scale attrition of trust it is causing.

The author teaches Philosophy of Education at Azim Premji University. He can be reached at prakash.iyer@apu.edu.in.