Growing up as a teenager in a middle class locality in Bombay (Mumbai), I thought the city represented a life of freedom, allowed ways to create new worlds of work and leisure and were intrinsically emancipatory. It was a site for the growth, development and spread of all new ideas, ideologies and social imaginaries. It allowed us to dream and create new utopias thus encouraging us to recreate lives in myriad of ways. And I thought cosmopolitan narratives – stories of intercultural mingling and coexistence – thrived in cities.

Over the years I have realized that this was merely one fragment of the many utopias and now dystopias circulating about the city. Cities are more complex than the social worlds we imagined we can create. And that is because like other systems of social organization it caters to individuals and groups in distinct, different and uneven ways. If some find confidence to dream, others recognize it as a site of extreme violence and exclusions. If it allows and creates space for new forms of autonomy and independence to be organized for many, it is also a site for institutionalizing constraints and systemic cultural control together with decreasing purchasing power and increasing poverty. 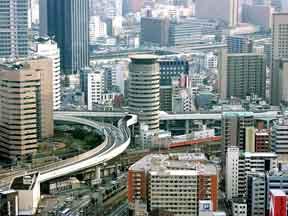 Today in spite of the recognition of these negativities, the numbers flooding cities is increasing, particularly in the countries of the South. And it has become difficult to sustain urban populations not only in terms of work but also in terms of food and water, and energy systems. The future of cities depends on how we can rethink the problem of sustainability of our world in terms of three themes: work, housing and sustainability for all, tolerances to differences between and within caste, ethnic, and/or religious groups and a life of dignity for all individuals irrespective of gender and age.

A large part of the world’s population live and work within the informal sector and stay in informal housing settlements, called slums and/or squatter settlements. Often times the place of their work is the same as their home where they reproduce their family and labouring lives through the use of meager capital and low cost appropriate technology. Generally economists and political commentators have deplored this form of labouring because it is not sleek, savvy and big. And yet it has sustained and continues to sustain the lives of huge populations. It is energy saving and allows integration of family life with work life and allows for neighbourhood work-based communities to flourish.

I think our first challenge is how to rethink development and sustainability to ensure that this kind of economic organization, based on low energy costs and appropriate technology systems become a model for reframing the global economy?

Second, cities have become sites for violent conflicts between caste, ethnic and religious groups. Sometimes these intolerances are translated into xenophobia and target the poor who flood the cities. How can we reframe our lives to build inclusive cosmopolitan social imaginaries in which all find place to dream and create new worlds based on varying identities?

Lastly, individuals are key nodal points in this reframing of cities and ensuring the blossoming and the maintenance of difference and the reframing of collective, inclusive imaginaries. Today they find little recognition (except as celebrities) and often times their sexual, age, ideological and imaginative orientations are controlled and policed through technologies of power and knowledge.

Can we rethink through these three principles of sustainability? Can we recreate cities in their original image of being truly cosmopolitan, emancipatory spaces?

The author is a Professor in the Department of Sociology, University of Hyderabad. She has researched and written widely on urban growth and the development of cities, and much of her work has been focused on Mumbai. She can be reached at patel.sujata09@gmail.com.

The growth of cities and the constraints this places on resources can be explored by children in a variety of ways:

These are only some of the pathways. You and your students could probably think of many more!

Of cities and megacities

It is official. According to the United Nations the world’s urban population now exceeds its rural population. This is a milestone in demographic history when one considers the fact that in the 19th century only 3% of the world’s population lived in cities. By the end of the 20th century that figure rose up to 47% and if this growth rate continues the UN forecasts that by 2030 three out of every five people will be living in cities causing the rural population to decline and cease to grow altogether.

With more people migrating to the cities in the hope of better standards of living, our cities are growing into megacities – ‘the urban phenomenon’ of the 21st century. The UN has defined a megacity as a ‘high density metropolis’ with a population of more than 10 million. The official figure for megacities stands at 21 today with Tokyo being the world’s largest megacity with a population of 34,300,000 million. Lagos in Nigeria is the fastest growing megacity in the world growing at the rate of 5% every year with Delhi close behind growing at 4.60%. By 2020, UN predicts that Asia will be home to 12 megacities of the world. Even today the top 5 megacities belong to this region.