2013-2014 is being celebrated as 100 Years of Indian Cinema by film scholars, film makers and organizers of film festivals. Schools too can join in the celebration because one mandate common to schools and the Indian film industry is the mandate of ‘nation building’. A festival of films on nation building may be arranged in schools on the occasion of 100 years of Indian cinema and discussions initiated on issues of patriotism, nationalism, and national identity. 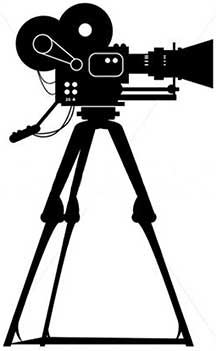 Raja Harishchandra, made by Dada Saheb Phalke in 1912, was first shown publicly at Bombay’s Coronation Cinema on May 3, 1913. This date has been marked by film historians as the beginning of the Indian film industry and 2013-2014 is being celebrated as the centenary year of Indian cinema. However, Indians had their first exposure to cinema in the last decade of the 19th century, about 15 years before May 13, 1913. Here is a summary of the pre-history of Indian cinema:

Marius Sestier, a cinematographer trained by Lumiere Brothers, came to India on July 7, 1896 and held the first screening of the Lumiere shorts at the Watson Hotel in Bombay. A select gathering of Europeans and well-to-do Indians were treated with projections of Train Entering a Station, Workers Leaving a Factory and the like. A week later the Novelty Theatre started projections of the vast stock of short films of the Lumiere repertoire. These films were accompanied by an orchestra and attracted houseful shows.

Harishchandra Bhatvadekar (1868 – 1958), also known as Save Dada, was among the audience at Watson Hotel on July 7. He ordered a camera from Riley brothers of England at a price of 21 guineas and shot a wrestling match at the Hanging Gardens in Bombay in 1899. The film was sent back to London for processing. In December 1901, he shot the Mathematics wrangler’s return to India from Cambridge. This has gone down in history as the first newsreel footage shot by an Indian. Bhatvadekar went on to film the 1902/3 Delhi Durbar celebrating Edward VII’s coronation, before turning to exhibition, becoming manager of the Gaiety Theatre in Bombay.

In Calcutta, Hiralal Sen (1866 – 1917) purchased an Urban Bioscope from the Warwick Trading Company in London and in 1899 with his brother Motilal Sen formed the Royal Bioscope company. He filmed the stage productions at the Classic Theatre. His longest film in this series was Alibaba and the Forty Thieves (1903).He also made many local views and news films, took commissions, made advertising films and held private shows for members of high society.

Jamshedji Framji Madan (1856 – 1923), a young Parsi businessman, who had experience in theatre shows from an early age, stepped into the entertainment business in 1902, when he started bioscope shows of imported cinemas in a tent in Maidan, Calcutta. Madan also created the Elphinstone Bioscope Company, which produced a number of short films – and later, the first Bengali feature film Bilwamangal. Most of the films produced by Madan were directed by foreign directors.

While Madan was striking roots in the world of cinema, Dada Saheb Phalke (1870 – 1944), was establishing his business in printing lithographs and oleographs. Later, he gave up printing and turned his attention to moving pictures, after watching a silent film, The Life of Christ and envisioning Indian gods on the screen. Thus, was born Raja Harishchandra, after mastering the technology, acquiring the equipment and opening a studio in Dadar.

So what was significant about the date of release of Raja Harishchandra to mark it as the beginning of Indian film industry? George Kutty writes in Deep Focus Cinema, “This is how a ‘nation’ selects and constructs history in retrospect and in the process of selection, marginalizes as well as obliterates other histories, cultures and memories.” India’s National Movement slowly gained momentum after the Indian National Congress was founded in 1885. There were efforts all across the country to build a national identity through songs, literature, painting and other arts, by projecting certain historical characters as iconic figures, by popularizing certain festivals as public celebrations. Phalke’s film was seen by historians as a significant effort in this direction – using Western technology to popularize Indian ethos. Phalke had a vision of creating Indian images on screen, which would be able to replace Western images. The spirit behind Phalke’s move was nationalist. He was primarily interested in an Indian film industry with Indian finance which would deal with Indian images exclusively. Phalke was encouraged by his ‘friends in the nationalist movement’. Tilak’s newspaper Kesri hailed Phalke’s first film as the first Swadeshi feature film. Thus, Raja Harishchandra attained its privileged position in the history of Indian cinema.

Since 1913, cinema has played no mean role in building a national identity among the vast and diverse population of India that got hooked to cinema very quickly thanks to the travelling exhibitors that took movies to remote villages. The British Government was acutely aware of the persuasive power of cinema and enforced stringent laws to curb films carrying a nationalistic message. Phalke’s films escaped the ire of the British Government because he chose religious themes, but later films that directly dealt with political themes, fell under the axe of Cinematographic Act of 1918. Biren Das Sharma writes in Indian Cinema and the National Leadership, “Films such as Funeral Procession of Jatin Das, which managed to find an outlet, created a lot of impact and contributed to the nationalist cause. Even innocent films like the one on the football match between the all white Calcutta team and Mohun Bagan, had a deep political underpinning. This hidden politicality of Indian cinema, its creation of the ‘public sphere’, still needs investigation.”

Since the time of Phalke, the film industry in India was passing through different complex phases in its development. The Thirties and Forties were the most crucial years in the political history and the film industry had to adjust to the socio-political conditions. It goes to the credit of the filmmaking fraternity that they consolidated their position and organized themselves as an industry in spite of the heavy hand of the colonizers and the apathy of our nationalist leaders who failed to realize the potential of cinema in the process of nation building. After India’s independence, Indian cinema entered its golden period and started rolling out extremely popular films like Awara (1951), Do Bigha Zameen (1953), Mother India (1957) that captured the optimism of a newly formed nation and addressed the diverse issues of nation building. Even after 65 years of independence, the genre of nationalist films is still going strong. The immense popularity of films like Lagaan, Rang De Basanti, Swades, Lakshya, etc., prove the relevance of this genre.

Though the role of cinema in creating a national identity is not guided by any policy, mainstream films by and large follow the line of the dominant discourse. School curriculum, on the other hand, strictly follows a guideline in its endeavour to create a national identity among the future citizens of India. It can prove useful for all schools to tap into the rich resource of popular cinema in fulfilling their goal of nation building. After the screening of a popular film like Rang De Basanti, an intense debate can be generated to discuss the idea of patriotism, the difference between a revolutionary hero and a terrorist, what goes into the making of a ‘terrorist’, violent means deployed by the state to maintain law and order, alternatives to violence in expressing protest and significantly, the role of a foreign element as a catalyst to bring about a change – as exemplified by Sue McKinley in Rang De Basanti and Gauri in Lagaan.

The mainstream films mentioned above are complex and sophisticated enough to open up debates on several key issues and the discussions can be geared towards topics in the core curriculum. For example, if Lagaan is a metaphor of inclusive nation building, where every sect and cast has a role to play, then why is the woman absent from the cricket team? This can lead to the discussion on the role of women in India’s national movement, Gandhiji’s vision of the women of India and the eventual shape the feminist movement took in India. The ideas of patriotism can be examined from different angles – why was it initially ridiculed by the modern youth in Rang De Basanti and how the issues they eventually laid their lives for are different from the issues that the young revolutionary heroes several decades ago died for. Passages from Netaji’s diary and Discovery of India may also be read out in the course of these discussions.

While using a film to initiate these debates, it is advisable that the entire film be screened in one session. If the chosen film is a contemporary film, in all probability, the students would have seen the film; but still pausing the film midway gives rise to loud protests from the students. If the chosen film is an old film like Do Bigha Zameen, the students would, in all probability, be watching the film for the first time, hence the necessity of screening the entire film before initiating a discussion. After the screening, there should be a brief discussion to gauge how carefully the students have watched the film and what exactly they have observed minutely. Some key questions can be asked to the students to ponder upon and come up with suggested answers in the next session. In this session, selected portions should be played again so that the students can take a second look and review their opinion. In Rang De Basanti, the conversation session where the entire team sits down for dinner at the dhaba and later the party before seeing off one of the heroes, Madhavan, are two such sequences that can generate a lot of debate. In these sequences, when the youth express cynicism about patriotism, sequences from Swades may be screened to make a point about being of service to one’s nation. Similarly, the scene of the revolutionary heroes being sent to the gallows can be used for in-depth discussion on armed freedom movement in India and the number of young lives that were lost during this phase of the movement.

The screening and discussion sessions can be woven into the regular social studies classes, or special sessions may be organized on the eve of Republic Day or Independence Day. Whatever be the occasion, through the magical power of cinema, it will be an interesting opportunity to take a second look at our collective identity as Indians.

The author is a media teacher and a documentary filmmaker. She is also the secretary of Bichitra Pathshala, an organization dedicated to promoting ‘learning with moving images’. She may be reached at
subha.dasmollick@gmail.com.