One of the first few words, often used by a baby starting to speak, is ‘No!’ Before the verbal expulsion of refusal, she has also mastered the art of flinging the toy she doesn’t like, refusing the spoon when the food doesn’t appeal to her palate, contorting her body into a stiff arch when she doesn’t want to go or be picked up while doing one of her favourite activities and as a last resort, howling her guts out. This is when the screams and gushing tears melt your heart.

While looking at this scenario of negation, one can ‘see’ only one of the elements – the one who refuses. However, the second element, the one who acts, offers, tries to force something down is not always visible from your slanted point of view. The moment these two elements come into full view, conflict takes shape for the onlooker.

Nonetheless, the moment of conflict has already taken root in the fertile soil of the relationship between the mother and the baby. As time goes by, this tension swells, and turns into one or more of these: difference of opinion, disagreement, clash, discord, dispute, quarrel, fight. At the end, comes the death of the relationship, leaving bitter sawdust in the heart.

I still think it is easier to resolve issues and smooth out rough edges when it comes to friends and family. These are people we think we know well enough, and collectively, we believe in the construct of love which has given shape to the relationship. However sombre winds of antagonism start blowing when conflict and discord runs under the bridge of communication between colleagues.

Conflict between colleagues usually has several interlacing strands. Some inadvertent instances that generate tension could be lack of awareness, an introvert personality, an error of judgment or a perception based on ideas rather than observation and knowledge. Other instances, when the individual is more conscious of the reasons why the difference exists, could be clash of interest and values, lack of recognition, self actualization, doubt, intimidation, power play.

Whatever is the reason behind the disagreement and differences of opinion, the individuals involved, who consciously or subconsciously, are caught in the quagmire of antipathy and contention, would be rejuvenated if they keep their calm eyes fixed on the purple horizon with a long vision. To begin with, one could look at a utopian situation where there is no conflict or where very few chances of conflict exist. This could happen when colleagues share views about what they are trying to achieve together.

The need to respond to the immediate, to address the issue on hand compels us often, to ignore that which goes beyond the here and now. If we pause and carefully observe the point of contention – that which has brought about differences between colleagues – we would be able to see that it could be our perception or our lack of information that has caused the divide. 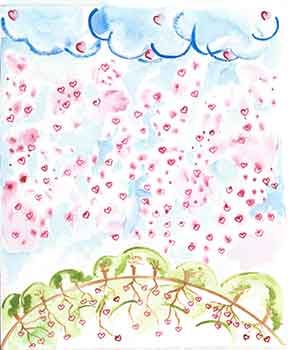 For instance, while working together as a faculty or a team, some individuals might feel left out or dominated. However this would arise out of the concern for the immediate, and because of the idea of the self which feels that it is being overshadowed. In contemporary times, while everything around us is bringing the ‘self’ to the forefront, the battle of the selves is imminent and inevitable. However, the idea of the long vision looks beyond the immediate, encompasses multifarious aspects which build relationships. Our world thrives on authority, which divides, and tries to dissolve the self. The self, in turn manipulates, dominates and overthrows, creating conflict. The need to address immediate issues might not allow us to see how we might prevent these issues from rising in the first place. If our energy as teachers is focused on carving out paths that allows children to tread safely in the future, we might hardly find ourselves in conflicting situations. This collective view about our role as teachers needs to be reiterated, by the individual as well as the community so that it is not eclipsed by the blazing self.

When people come together if there is a unified view of what the collective work is aimed at, and if colleagues are in sync and share views regarding the learning and well being of children, they might not question or contradict each other.

This idea seems to be obvious, it should be purely common sense and not an ideal, which becomes the scaffolding for communication between people working together for a common goal. However, individual identity, the dominant conception of the self, life experience and history carves ridges between people. When colleagues find themselves entangled in a conflict of interests or in a web of suspicion, questioning or disappointment, focusing on their very existence as teachers, their role as facilitators would help them see what lies beyond. Perhaps it is the role of the functionaries in the organization to bring the focus back on the horizon, to keep reiterating the significance of the long vision, to soothe individuals by helping them to put away their differences by ringing in the idea of the common good.

Educationists look at learning as a process which is continuous and permanent, something that goes beyond the moment. It is this learning, which they would like their students to be soaked in, which is also what needs to be reflected in themselves. When the individual, the teacher, is learning at the same time as her students, about herself, about her students, about her role as a teacher, about her existence in a teaching community as well as in the world, it is easier for her to peel off the dry layers of disparity and dispute to reveal a rejuvenated mind. This is when she would be able to look carefully at her perception of another colleague. She would be able to take the word ‘ignore’ or ‘dominate’ in her hand, place it on her palm and really see what it looks like in its entirety. When she is able to do see it clearly, she will be able to unfold the layers of assumptions, history, constructs that have gone into making it. Only then it will crumble and wane.

This constant renaissance that comes with pausing and learning might remain a mirage to many but could in fact be a truth that creates an institution that works like seasons do. It is through this process which changes like a river that multifarious ways of problem solving are born. Every instance and situation needs a different solution, every individual is addressed differently, every phase of one’s life, every social context brings in differences of thought, viewpoint and attitude even in the same individual. It could be overwhelming for an organization to be in a state of flux to take up constantly changing issues but it is inevitable if it wants to avoid the doldrums that come with stagnation.

This is what brings in the ethos of discussion and questioning rather than the culture of debate in any organization or unit. When colleagues experiencing conflict get together to discuss the contending issue on hand, it does not have the same edge as a debate with two conflicting points would have. At the end of the discussion, the issue might not disappear into thin air but at least the heaviness that bound us firmly to our own ground shifts and a movement towards the other becomes possible.

Questioning oneself, rather than purely questioning, aids this movement which also allows the acceptance of alternative ideas and thoughts, creates a sense of collective thought rather than the individual ideal. It is with this idea of spreading positive thought around us, that we can think of resolving conflict.

As Rumi has said: (13th century Persian poet)
Tender words we spoke
to one another
are sealed
in the secret vaults of heaven.
One day like rain,
they will fall to earth
and grow green
all over the world.

The author has been teaching English Language and Literature for almost two decades. She can be reached at [email protected].

The disruptive child
Breaking it right
All knotted up inside
Identify, listen and empathise
Responding to conflict