Over the months I have been writing this column, I have been talking about the need for doing experiments, to illustrate concepts, to build models and check them out. They are also fun to do. There are a large number of science activity books for children, both foreign and Indian, which give hands-on activities that emphasise this using words like fun, strange, curious, bizarre… bet you can! Bet you can’t! Fizzing volcanoes… 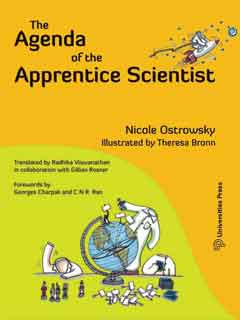 Most of them use common materials (not necessarily found in Indian homes) and do link it up to ideas of science. But all of these are aimed at the young. There is a book, which I browsed at in my friend’s house, written by a science journalist. I have forgotten her name and the name of the book, but I remember the introduction. In essence, what she said was that we go (or are taken to) to science museums and displays when we are young but replace these with visits to art galleries and music concerts when we grow up. Science becomes remote unless you are a scientist.

Then there is the ‘scientific temper’ that is talked about. It has become a catch- all phrase when superstitions or habits are discussed. It divides beliefs into ‘scientific’ or ‘non-scientific’ a meaningless division but deeply alienating to people who feel that their ideas are being put down. The idea of questioning and scepticism, not taking any thing for granted, considering the value of evidence, is not the sole prerogative of science; it is the foundation on which all learning rests and is equally important in history and literary criticism! Since education in India does not have much room for this method of learning, it leaves people distanced from the enjoyment the subjects can give. We find our way back to literature and history, but rarely do it for science, because it seems too hard. Very few magazines and newspapers have articles on science (not technology, science).