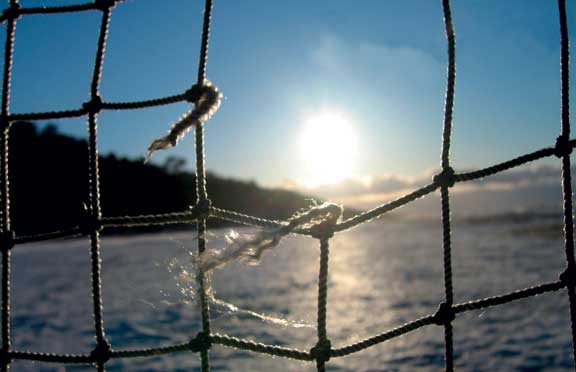 As the well-known professor, Ken Robinson, has pointed out – his lectures can be seen on TED – education as we now generally know it is the outcome of two parallel and contemporaneous movements: the Enlightenment and the Industrial Revolution. The first, with its assertion of the supremacy of human reason and its concomitant commitment to democracy – in this context, “education for all” – gave the impetus to what has become the daily bread of mass society. The second, powerful in the extreme and requiring trained hands to operate its engines, quickly cashed in, literally, on this well-intentioned forward movement and generated what Noam Chomsky, among others, has referred to as the “industrial-military complex”. That this went hand-in-hand with colonisation and the worldwide spread of the Western way of life need not detain us further than to say that this is now the model of education everywhere – like suits, shirts and shoes in India.

To see just how powerful this combination can be, one need only look back to the twentieth century and its two totalitarian ideologies: communism and fascism. These twin God-substitutes idealised the State and made it impossible for anyone to defy them; rather than liberate the individual, they crushed everyone who so much as spoke against them. Leaving aside that most heinous of monsters, racism, itself responsible for murder in millions, they brought about suffering on an untold scale. But we do not need to take these extreme examples to realise how fragile our democracy is: the threat from Christian, Moslem and Hindu extremists – highly politicised, yet unimaginable without the surge of modernity and its prodigious technological development – reminds us that we are skating on thin ice. We need not look back – just look around. The increasing constraints on everyone, the financial crisis, the shrinking job market and the resort among educationists to Measure as the sole criterion are producing human beings born to mediocrity, destined for mediocrity, dying in mediocrity. The pervasive colour of the age is grey; perhaps that is why, in a nostalgic “return to Nature”, we celebrate the lives of the few remaining tribal peoples: in their nakedness, at least, we feel they are “free”.

There was and is, however, a different impetus. Beginning, similarly, in the eighteenth century with the work of the French thinker Jean-Jacques Rousseau, there has developed what I am calling a Thread of Gold, that is, an alternative to education en masse. It is significant that Rousseau himself was a clear precursor of the Romantic Movement, with its assertion of individuality, since he first attracted attention by his statement that man was born free but that society corrupted him. In the ongoing dialogue between the individual and society – which is in the service of the other? – he is certainly on the side of the individual. By extension, he is on the side of the child. This vision of the child as all-important, an untapped source of growing potential, is something that unites him with other innovatory educators such as Froebel, Steiner, Maria Montessori, A.S. Neill and J. Krishnamurti. For, while the latter differ greatly in accent and approach, they are united in their focus on the individual child, that he or she is there not merely to be moulded, but to find within themselves what life is all about: rather than being told, they are invited to explore.

The point of departure for all of them is freedom, and there is a clear shift of emphasis from teaching to learning. The very notion of Froebel’s Kindergarten – “children’s garden”, launched as far back as 1837 – is an indicator of this shift and contrasts markedly with the rows of desks in classrooms which D.H. Lawrence in The Rainbow refers to as a “squadron”. Suffice it to say that, nowadays in pre-schools, swings, ladders, chutes, plastic toys and playpits are everywhere the rule and nowhere the exception. Learning through play strikes a different note, as does learning through the handling of materials which is endemic to the Montessori approach. This confirms the findings of the Swiss educational psychologist, Piaget, that from the earliest age we learn via the concrete and from that base build up our knowledge of the world. Things are real, you can hold them in your hand; matter is a concept, it comes later as abstraction.

Perhaps unintentionally, the Enlightenment heralded the development of the rationalist-reductionist approach. The child is the prototypical adult, eventually made – but obviously not yet – to fit into the machine of society. He has no importance here-and-now, but only in terms of what he may become, a puppet in the puppet-master’s hand. And nowhere is the contrast more strongly marked, and the Romantic revolt more clearly stated, than in Wordsworth’s epigrammatic line, “The child is father to the man.” For, indeed, it is our child-self that comes to fruition in the adult.

It behoves us, then, to cultivate the young not in terms of what they may become, but as who they are in their present nature now. Rudolf Steiner clearly saw that there is no fixed entity called the child, but rather a succession of developmental phases, each of which requires its own emphasis and nourishment. In this way he can be said to have had an organic approach to the question of development. Music and painting play a huge part as do story-telling and the child-teacher relationship – children keep the same teacher through successive years – and intellectual studies are held back until the age of fourteen is reached. Though the schema can be too rigidly applied, it occurs within the context of a vision of the human being that is far greater than, and at variance with, the dreary conformity and mediocrity of our times. 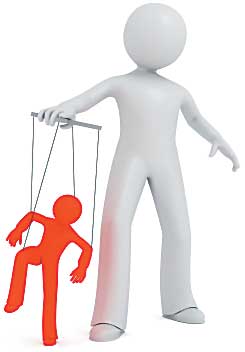 Two educators who have caused quite a stir, and for whom freedom is the cornerstone, are A.S. Neill and J. Krishnamurti. Neill founded Summerhill in 1921 and was succeeded by his daughter as principal; J. Krishnamurti founded several schools in India and one each in England and California. Their notions of freedom differ widely. For Neill, there was no compulsion to attend classes and children (ages 9 to 16) could do what they liked, within the norms of the community, until they decided they wanted to study. Building, perhaps, on the work of other pioneers, he extended the notion of learning to include not just what one learned in the classroom, but to what one chose to do at any given time. His aim and claim to liberate the individual, particularly from the chains of conformity, is still a beacon for many “free” educators, and during the Free School movement of the 60s and 70s his inspiration and approach were a byword.

Because his understanding of freedom is so different, J. Krishnamurti strikes a different note. “Freedom is at the beginning, not at the end,” he says; in other words, it is not something to be reached. It is something more like a matrix of learning, a kind of amniotic fluid, an atmosphere, a context; it is something with which the child is surrounded. It’s not the freedom to choose à la A.S. Neill though students have, in fact, a wide variety of options. They have a program which they are expected to follow, and balance rather than choice is the keynote of it; indeed, the questioning they are encouraged to engage in involves the questioning of choice itself.

Choice implies duality and, as most of us know, this is the cornerstone of Western intellectualism. It calls forth its knowledge and underpins its religion: the Fall of Man is the consequence of wrong choice. From this flows & follows all our anxious striving. We are never happy where we are. The accent, the emphasis, of the East is different; in India, in particular, the Gurukula was a place where people lived together, usually in the home of the guru, and where learning was the outcome of thus being together. Though a special skill, such as singing, might be learnt, it was the whole environment that was the real teacher.

This focus on the whole person, rather than atomised capacities, is the central feature of the Thread of Gold. Its leitmotiv is integration and it is reflected not just in the work of Krishnamurti, but in that of Tagore, Gandhi and Śri Aurobindo. The ashram school at Pondicherry, largely the work of Aurobindo’s consort, the Mother, is a fine example of a school based on non-competition and integrative learning. Classes are set, not streamed, and there are no examinations, which considerably reduces the element of fear. Tagore’s impact can be seen not just at Shantiniketan, which he founded, but also in England at Dartington Hall, which continues to offer an alternative vision, including Schumacher College, named after the famous economist. Small is beautiful could have been the watchword of Mahatma Gandhi who envisioned an India based on village life and small technology. It is not to be doubted that he saw the dangers of industrialisation and mass society, significantly as these are played out in education. The basis of our socio-political structure – “economics as if people mattered” (Schumacher) – is one that must increasingly concern us, not least because it defines the way we will educate.

As was noted above, it was the Enlightenment and the Industrial Revolution that gave us what we commonly understand by education. Equally, it was the Industrial Revolution, with its massive production and need for resources, that has brought the planet to the brink of destruction. Nonetheless, at its deepest level and as Krishnamurti consistently points out, the crisis is in our consciousness. We need to address it at the level of consciousness, and where better than through education? The Thread of Gold is thin, but it is certainly strong. If the “awakening of intelligence” and “flowering in goodness” can take place, with the full integration of body, mind and heart, we may yet raise a platform for an action free of conflict which, while freeing the individual, will lay the basis for a new social order.

The author has been an educator since the Sixties, teaching in England, France, Germany, India, Canada and the USA. Drawn to the teachings of J. Krishnamurti, he was for some years Academic Director at Brockwood Park School in England and Center Coordinator for the Krishnamurti Foundation of America. He can be reached at ste333smi@yahoo.com.