“The sexual abuse of children is one of the most heinous crimes. It is an appalling violation of their trust, an ugly breach of our commitment to protect the innocent”.

The words of the honourable Supreme Court echo the enormity of this crime and injustice committed against children in India. To fully comprehend the nature of this injustice,we begin by defining sexual abuse. According to the World Health Organization, sexual abuse is inappropriate sexual behavior with a child. It includes fondling a child’s genitals, making the child fondle the adult’s genitals, intercourse, incest, rape, sodomy, exhibitionism and sexual exploitation.

Looking at the law for protection of children, the Indian Penal Code provides remedy in cases of penetration through section 375 for the female child and section 377 for the male child. In case of non-penetrative acts, sections 354 and 509 can be used to protect the modesty of a woman. If a male child is abused by non-penetrative acts, the aforementioned provisions fall short due to their gender specific nature. 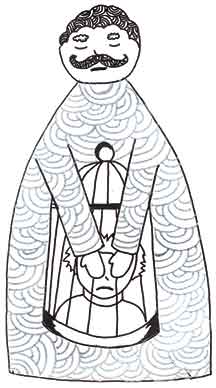 The Ministry of Women and Child Development (hereinafter MWC) in a 2007 report, interviewed 12,447 children between the ages of 5 to 18 years. Out of these, more than 6,000 children were sexually abused, and an appalling 52 per cent of them were boys. Understanding the glaring loopholes and the need for gender-neutral definitions, the Protection of Children from Sexual Offences Act of 2012 was passed. It chalks out two specific cases of sexual assault; the first is that of “penetrative sexual assault” in section 3, where the penis or any object is penetrated into the vagina, mouth, urethra or anus of the child. The second is “sexual assault” defined in section 7 – when anyone touches the vagina, penis, anus or breast of a child with sexual intent or does any other act with sexual intent. With the new legislation defining sexual abuse in a gender-neutral manner, it ensures that the law now, effectively protects the male child.

In most cases, the perpetrator is someone the child knows and who has violated a relationship of trust. It then becomes imperative that we equip teachers in schools to create a safe environment where students can confide in teachers. Sexual abuse is an area, shrouded in shame and popular myths. One such myth is that the male child is less likely to be abused. The MWC, recognizing the seriousness of such gender-based misconceptions, released a teacher’s handbook on child protection, debunking this misnomer, among others. The difficulty arises when children are unable to complain about sexual abuse, in which case teachers must be adequately trained to identify such instances themselves.

So, how does one identify sexual abuse? The handbook lists out, some behavioral signs, such as – engaging in explicit sexual behavior with other children, sexually exploitative interactions with younger children, sudden fear or mistrust of males or females or specific places and sleep disturbances etc. These are steps individual teachers can undertake but, institutional long-term efforts towards protecting children are indispensable. Schools should have a uniform training module for teachers on child protection. As suggested by the guidelines formulated by the Delhi Commission for Protection of Child Rights, schools should create an impartial and effective complaint mechanism for children and also involve the parents or guardians. Such an initiative is in the best interests of the child, and it also empowers the child to voice his or her problems. Therapeutic intervention in the form of counselling should be made available to the students in a secure environment. Additionally the school management should ensure that no candidate with a criminal record of sexual/physical violence should be recruited for any position within an institution. A thorough investigation before employment and engagement should be a pre-requisite.

In the struggle against child sexual abuse, our obstacles are numerous, ranging from unsafe environment for children to the lack of adequate mechanisms to deal with it. However, misconceptions about gender and sexual abuse could also prove to be one of the major hindrances. As we move towards better and more effective laws, we must also endeavor to take preventive and precautionary steps within our community and schools to overcome these obstacles in order to create a truly safe environment for India’s children.

The author is a graduate in law from National Law School, Bangalore. She taught second and third graders during the Teach for India fellowship in Delhi in a low-income private school. She can be reached at avantika.thakur@gmail.com.