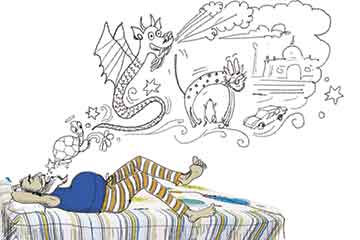 For as far as I can remember, I’ve had a fascination for stories. Maybe many of you do, too. The ones among the most intriguing to me are the stories about stories. There’s this story about a man who had several stories in his stomach, but would not tell them. And one day the stories flew out of his open mouth as he slept, for they refused to remain a secret anymore. And there’s this other story, about a woman who was ill-treated by her sons and her daughters-in-law, and had no one to tell. She kept growing fatter and fatter, and as a result had to face ridicule as well. One day she could finally take it no longer, and told her tales of grievance to the walls of a deserted house, and the walls of the house fell down – and with it, her body grew lighter as well!

Stories, as one can see, deserve to be told. Telling stories is an important part, in fact an essential part, of being human – no other species tells stories. They have a cathartic, liberating effect, apart from being the easiest way of learning, sharing information, and growing. And with little children in particular, they are a great way to develop listening skills too.

The forms that stories take are many, from parables and folktales to epics, and they may be told through a variety of media, from oral tales to written to dramatic performances and film and such. They may have similar motifs, such as the quest or the voyage of discovery, or finding true love; they may have predictable characters such as the wicked stepmother or the wise fool; or specific animal characters such as the spider Anansi in African folktales, or the fox or wolf in the Uncle Remus tales of America; and they may impart a specific lesson such as the victory of good over evil or confusion finally ordered. Yet each story is almost always unique in its telling, and in its effect on the viewer. Stories also often lend themselves to the creation of proverbs or metaphors, too: from ‘All’s well that ends well’ to ‘sour grapes’.

The storyteller in India is often called the sutradhar, the one who threads tales together, offering her/his own comments in between the relation of stories. Each region, each form of storytelling, has its own version of the sutradhar: the kathakudu of the Burrakatha and Harikatha, the kathavachaka or vyas of the ritual Hindu stories, the crow (kaga or kagala) in the folk culture of Rajasthan, the bear (karadi) in Tamil folklore, Uncle Remus in the African-American tales of the southern part of North America and so on.

My favourite first line, as a storyteller, is, “Would you like to listen to a story?” It invariably draws children to me; and as they come physically closer a sense of bonding and togetherness and enjoyment does too. Perhaps as a teacher you could consider asking children a different question: “Tell us your story, please, won’t you?” It would make an interesting project for children to collect stories that they have heard from people – heard, and not read in books – and share them.

Adults enjoy stories too, even if they’d like to deny it. Books and films and TV serials and such apart, who doesn’t listen to gossip? And what’s gossip but stories, true or untrue, about people you know or want to know about? And who doesn’t enjoy a joke or two? But that’s another story, isn’t it?

Where do stories come from?
We make them up.

The author is a writer, editor, researcher, and teacher trainer. She can be reached at sheel.sheel@gmail.com.