As teachers, we are often told: “Think, reflect, keep an open mind; you will not grow otherwise…’ Very recently, I went through an experience, which made me understand what this really meant; I realized that as teachers all of us have also to be learners and without a ‘last date’ attached to it. To explain what I mean, I need to share with you an experience that left me not liking myself very much, one that is etched deep in my ‘racial’ memory. I was in Sri Lanka a couple of months ago, the day I turned 55 in fact, to participate in a programme on teaching life skills and make a presentation on aural/oral language assessment at the school level. Representatives from Cambridge Assessment had also been invited to do something similar. 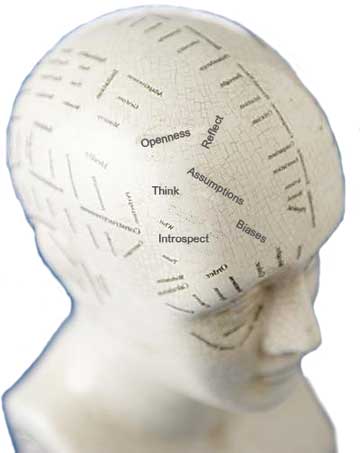 I finished my presentation and after lunch, the Cambridge representatives were to make theirs. I was particularly interested in listening to them to find out what the stance of professional ‘big time’ evaluation experts on summative oral testing would be; at the same time, as an evaluation person, I was quite aware that the ‘what’ of the presentation was not likely to spring any major surprises. Knowing that post prandial presentations tend to have a soporific effect on the listener (yes, I only meant “we tend to feel sleepy in after-lunch sessions”) and aware that I could not use the ‘hand on head, eyes half-closed’ ruse, I was looking for ways to stay awake when I realized that I could use this as an opportunity to listen to this language evaluation discussion in Tamil. A Sri Lankan government ruling dictates that simultaneous interpretation of all major English deliberations must be made available in both Sinhala and Tamil.

My mother tongue is Tamil and I have studied it as a second language up to the college level, but my language of academics in general and ELT in particular is English. Discussing evaluation in Tamil would have been impossible, but I hoped I could make sense of it if I heard it.

I therefore marched off to the interpreters’ table to find out how it was being done, and whether I could listen in Tamil. There were five grey haired people sitting at that table, four men and one woman. The men were in suits, tied and booted, while the woman was in, what seemed to me, an untidily worn sari. The men and the women were not fair, and had a light brown complexion but the woman had darker skin, a bit scarred. I automatically assumed that the men were the interpreters and that the ‘lady with unkempt clothes and hair’ must be there to handle some clerical work.

The talk began and I got myself a pair of ear phones and started listening. And whose voice did I hear first? The lady’s, and she was doing a remarkable job: simultaneous interpretation is not easy. One has to listen to what is being said, and then, while the talk is going on, keep providing the equivalents, as fluent discourse, in the other language. This is done in 15-minute intervals; that is, one person speaks for 15 minutes and then the next person takes over. One just needs to look at the person who has just finished to realize how difficult and onerous this task is: they just rest their heads on their hands on the table in front of them, or lean back on their chairs and close their eyes for at least 5 minutes. After the session was over, I spoke to them about their choice of words and we had a good discussion on a variety of topics like the problems of interpretation versus translation. I don’t even remember their names now, but the three of us, the two Tamil interpreters, the lady and the man, and I, had a very interesting discussion, in fluent academic English on these problems, and then continued with a discussion in Tamil, where I was the one who was at a big disadvantage. I did not have the content words for many concepts in evaluation, and had to search for them, supplied more often than not by the lady interpreter.

I felt terrible at that point, but masked it and got on with the discussion, but later, in the privacy of my room, sat down to think and did not like what I ‘saw’.

This was not a simple ‘appearances are deceptive’ issue. It was much more than that. Deeper? Ingrained? Biased?

An old lady in her mid fifties with grey hair, neatly parted down the middle, hair tied in a knot and in a slightly (in retrospect) crumpled saree (later I discovered that she had travelled nearly 50 kms by bus to get to the programme in time) according to my prejudiced mind could only be a clerk! And this conclusion I had come to without even thinking about it. I did not like what I saw of myself and so sat down to think and reflect. Have I done this earlier? Have I been rude or harsh to a student with a dark complexion? To a student who spoke with a strong regional accent? Let a pretty girl or handsome lad get away with a lot more than I would have otherwise….?

I could not recollect actual instances, but in the fringes of my consciousness were traces of such prejudices…all I could do was squirm mentally and make promises to be unbiased as far as possible… to not ask, how dark? Sepia or chocolate….