Among all the mixed messages and information overload we are subjected to every day in the news, one thing stands out for me this month: a young medical student’s death by ragging. While recognizing that what we read or see in the media is only part of the story, one cannot but be disturbed by such reports, particularly when they concern young people in educational settings that are meant to ready one for life. It makes you wonder about the attitudes of those who end up being involved in such events. How do young people pass through childhood and adolescence and develop ideas of self and other and then apply these concepts (consciously or unconsciously) in ways that put them on one side or the other of violence and victimization? And then, what is it about group behaviors and mob mentality that makes us suspend all sense of decency and indulge in acts of violence? 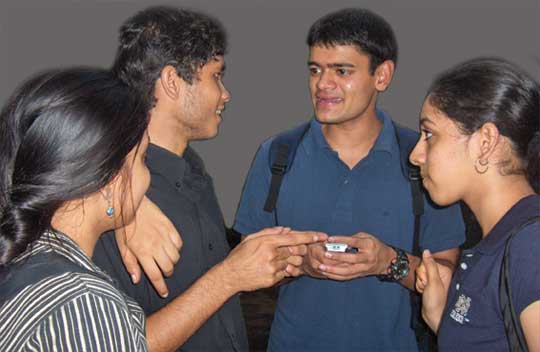 While the answers to these questions are complex, the search for clear answers must not delay or limit our effort to respond. How can we, as professionals who deal with young people, who are in a position to influence attitudes and to some extent, behaviors, do something about it? Aman Kachru, the student victim of this most recent headline-worthy report of ragging, apparently irked the seniors to an extreme because he refused to submit to the indignities and he protested. The point of ragging is to “initiate” new members into a closed society, a process by which designated outsiders become accepted insiders. Even without the process of ragging children – and all people – have a sense of being in or out of a group, of a community, or a society. Perhaps as teachers and vigilant adults we need to watch out for early signs of “groupism” that goes beyond certain limits. We need to talk about such incidents and get children to recognize that seemingly innocent “fun” such as teasing and gentler initiation routines/traditions can sometimes get out of hand.

While group identity and belonging may be a necessary part of life, it is important to keep in mind that not belonging is also okay, and it is a right that we must protect, for ourselves and for others.