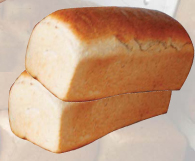 If there’s any motif that is close to being universal, it is bread. Roti, pao, pan, pita, pain… and a hundred other names (at least) are used to describe this most basic of foods, but the role it plays within a meal, on the table, in the culinary traditions of the world, is unmatched. Planning a project on bread may at first seem to be a case of biting off more than one can chew, but even a thin slice of the loaf should offer rich intellectual repast (if one will forgive the over-use of metaphor!).

The obvious place to begin would seem to be the product itself. Ask the children to talk about what they have brought to lunch. You should get a variety of answers, and some of them may include some form of bread, ranging from the ever-popular sandwich to the alu paratha or puri. Most of us may have a limited definition of ‘bread’, taking it to be only that which is baked in an oven and shaped like a loaf – but indeed, bread comes in a variety of shapes, sizes and forms, and only some of it is baked in a conventional oven. But more about that later. From their lunch boxes, travel outward and outfield to prompt them to think about how bread is made, the different names it is known by, how it is served and eaten, idioms and phrases associated with it, and stories where bread plays an important role. You’ll probably end up with a chaotic discussion that goes all over the place, and it will be quite a task to contain it within the confines of a single subject. But isn’t that what a project is all about? This would be a good way to set out the various directions this project will take and give the students an idea of all the activities and topics they will have to engage in over the next few days.

It might help if a small group of teachers could brainstorm this together and see how they can divide the project work into discrete classroom units, spread over several subjects. The ideas given here can be worked into different curricular areas. The more obvious ones are science (yeast as a leavening agent, oven design and baking bread, nutrition, etc.), history and geography (cereal production and the kinds of bread made across the world, ceremonial and celebratory breads, the history of bread making), and language (origins of terms involving bread, idiomatic phrases, writing recipes), and of course mathematics (ratio and proportions, the economics of bread making and selling).

No matter what form and direction the project takes, it can culminate in a bread festival where students can in groups and individually make different kinds of bread and share it in school – or they can organize a sale of exotic breads to raise funds for a school need or a community need. You can have them try some of the recipes given on the centrespread, or create breads based on recipes of their choice.

The Origins of Bread
Where does bread come from? Agricultural historians suggest that bread dates back to the Neolithic age, and the first breads produced were probably cooked versions of a grain-paste, made from ground cereal grains and water. Traditional breads like chappatis and tortillas are reminiscent of this kind of ancient bread. According to one legend, the first loaf of bread was baked accidentally by an Egyptian slave in about 2600 BC. He was making traditional wafers from flour and water, but after putting them on the fire, he fell asleep and didn’t notice that the fire had gone out before the wafers were baked. The dough rose overnight and in the morning the slave found that what he had was much tastier than the thin wafers. Bread became so popular amongst the ancient Egyptians that they used to bury bread with their departed loved ones, to sustain them on their long journey to the afterlife.

The French baguette (meaning ‘stick’) too has an interesting beginning. In the early 20th century, bakers sought a way to meet customers’ demands for bread which had the maximum amount of crust, and the elongated loaf was born. Its dimensions, texture and taste are strictly monitored to ensure that every baguette measures up. France has many other varieties of bread, and most of us will remember those famous words attributed to that unfortunate queen, Marie Antoinette, who exhorted her subjects to ‘eat cake’ if they did not have bread.

Ask the students to read about the symbolism inherent in bread in different cultures. A look at any dictionary of idioms will lead them to a wealth of knowledge. Bread has significance beyond nutrition in most cultures. The Eucharist, which symbolizes the body of Christ, is a kind of thin bread. While the Jewish people recall the flight from slavery in Egypt by eating only unleavened bread during Passover, hot cross buns are an important part of Easter festivities. The Lord ’s prayer has the phrase ‘give us this day our daily bread’, and in the Sixties, the hippies used the word ‘bread’ to signify money, a usage that remains current. The communists and the women’s movement both used bread as a powerful symbol of basic needs.

Group work: Get them to find out more about different cultural practices and different uses of terms related to bread across regions, and you will have a series of interesting presentations. One way to do this is to ask the class to work in groups on different regions of the world, and come up with facts and stories that bring out the cultural, economic and political significance of bread in each region.

We all tend to think of all breads as baked, but once we realise that there are so many varieties of this food, it also becomes apparent that there are varieties of bread that are not made in a conventional oven. Get the children to find examples of bread that is not baked. How else can it be made? Introduce them to the idea of fried and steamed breads that are made in the East. How do the texture and taste differ? What are the different processes that are used to make bread?

This would be a good opportunity to introduce the chemical and physical changes that take place in the transition from dough to bread. What role do leavening agents like yeast play in the taste and texture of bread? Yeast has been used to raise dough since ancient times, but other leavening agents have been used as well. Airborne yeasts were used, by leaving dough exposed to the air over time until it had risen sufficiently. The Gauls and Iberians used skimmed beer froth, while in other parts of the world where wine was more commonly consumed, fermented grape juice was used. East Europeans kept back a piece of old dough (sourdough) to use as a ‘starter’ for the next batch of bread dough – much like we use youghurt culture to set curd each day. The sourdough starter is basically a combination of yeast, flour, water and lactobacillus, which lives in symbiosis with the yeast. It has been found that different parts of the world have different strains of lactobacilli, which leads to distinct regional flavours of sourdough bread depending on where it is produced. In India and other parts of the Middle East, sour curd is used to leaven the dough, as in bhaturas and some kinds of nan.

Have the students work in pairs to come up with an illustrated chart of what goes on inside the dough as it prepares to turn into bread! They could have some fun with these charts, animating them with stick figures and cartoon characters.

The style and design of the oven also plays an important role in how the product turns out. The tandoor, for instance, is an interesting variant on the traditional wood oven. How are conventional ovens different from microwaves? Can you bake bread in a microwave? If your school has access to a microwave and a conventional oven, you could try a little experiment to see the difference – or you could ask the children to try it out at home.

Does the shape and thickness of the bread make a difference to how it tastes or feels? Why is it that parathas are round while nan is elongated? Why is it that some breads have crusts while others do not? You can discuss techniques like rolling and kneading and how they impact the quality of the final product. The proportions of different ingredients are crucial to how the bread turns out, and most professional bakers measure by weight rather than volume (known as the Baker’s Percentage), which is the case for most other recipes. If you have a home science programme in your school, you could experiment with different recipes that call for varying amounts of flour, water and other ingredients, and see how they differ. See if the children can come up with variations of common recipes and then write them out in an interesting fashion – organise a bread bulletin board with their original recipes!

And where does it all begin?
The quality and type of wheat is an important consideration in bread making. In musty parts of the west, common wheat is used for bread, while in Europe and some parts of West Asia, other specific varieties of wheat such as durum, emmer and spelt are used. You can talk about the composition of wheat and why it is the most popular base material for bread. Other cereals and grains are also used, such as rye, oats, barley and in Latin America, even corn. Get the children to do a world map based on what kinds of cereals dominate in different parts of the world and what that has to do with the kind of staple food. The Chinese variant of bread, dim sum, is actually a steamed dumpling that uses rice flour. This is an ideal way to go further in the discussion on where bread is most popular and why, and the agricultural and market economics of bread production. If possible invite a professional baker, an agriculturist or a food scientist to talk about the bread making cycle from grain production to marketing.

Over the top
Once baked, bread is used in so many different ways. Sandwiches, open topped and closed, toasted and grilled, hot and cold… and rotis rolled around spicy curries, kathi rolls and puris with alu… pizza base topped with a variety of succulent meats and vegetables… sweet breads, fruit breads, masala buns… and the list goes on. While making bread is in itself an enjoyable activity, it’s equally interesting to see how bread can be dressed up, accessorized and served up to be a bit more than it is! Ask the children how they have their bread, and whether they can come up with new and innovative ways of using bread. Some people would think of bread as a necessary accompaniment to soup or eggs, others would think of toast and butter with tea. What are the children’s favourite ways of having bread? What about bread puddings and other sweet ways of serving bread? This could lead to a lively discussion in class, and perhaps lead into a vocabulary session on words associated with bread and where they come from (sandwich, for instance comes from an English noble from the village of sandwich who ate his bread on the go, with the meat stuck in the middle).

The variety of ways in which bread is made, and the differences in the basic ingredients leads to a huge variety of types of bread. The accompanying poster introduces you to some of the world’s breads, and you can get your students to put together a bread cookbook based on their own research!