Sometime in class 7 or 8 I had got hold of a book on Tagore and his life. I had read how he had quit school and learned things he really wished to; about a space he created for children called Shantiniketan. Back in school I liked what I read but the thought of doing the same never occurred to me. After quitting my job trying to figure what my heart was into, I wondered what if I could spend my life working towards one such space too, a learning space, a space unlike a regular school.

I say unlike a regular school because there were so many things that baffled me about the present day schooling system, things that I wanted to understand and if necessary question. I wondered –

In order to understand the varying perceptions of learning and education, I spent around three years visiting different communities including monasteries, villages, and tribal folk, living and volunteering at some for sustenance. Interestingly, the so-called “illiterate and uneducated” people helped me understand some of these questions better than the revered experts.

I spent time in my own village and saw that the so called unschooled people knew so much about the local environment, health and well-being – knowledge that was so deep-rooted yet so fluid and free. I also saw how despite the knowledge most of them had internalized the labels we had given them of being ‘backward’, ‘poor’ and ‘uneducated’. I observed the same with many vibrant communities, who despite the richness of their life saw themselves as uneducated just because they had not studied rhymes and algebra in school.

A few years ago, I met this lady who had spent some time living and working with tribal communities. Over a few years, she, along with few others, worked out a way of engaging with the kids from those communities, a way that came from their way of understanding the world. She presented her ideas to the concerned officials. Her ideas were not accepted. Concerns, about teaching the kids about self-reliance and other things that were an integral part of tribal culture, were expressed. “But that’s there in their stories, songs… that is how they have been learning to live within the community,” she said. They said, “We understand but it is all too complicated. We have a set curriculum on what children in every grade are supposed to learn and it works everywhere. Why don’t we just stick to it? We can if you wish include some of their poems and stories in the curriculum.”

Different societies around the world have different cultures, different ways of living and understanding the world. It is sad to see how the present education system is, knowingly or unknowingly, destroying the diversity of life this planet has, killing the many ways of knowing and learning and promoting one and the only way called as ‘schooling’.

During one of my journeys I met a young girl from SECMOL, an alternative learning space in Ladakh. She was one among many who showed me that learning is innate, natural and something that we would all love provided we are free to choose what we wish to learn. She told me how as a kid she had loved learning about different kinds of plants. She would walk in the fields with her grandfather and listen to him talk about various herbs and their uses. It all changed though when she started attending a school nearby. Suddenly all that she knew about the plants around had become useless. There were other things she had to learn about however hard they were to relate to. In class nine, her elder brother who was working in Ladakh had told her about SECMOL and she decided to run away from her village in Jammu and join this space instead. 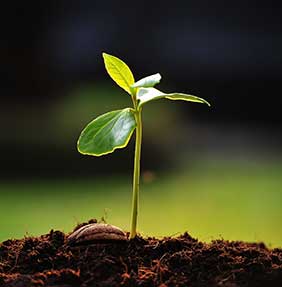 In the one year that she had spent in SECMOL, where she was free to learn things she was interested in, she learnt how to take care of the solar electricity system of the place, and about the Ladakhi people and their customs. One evening while having dinner, I asked her, what it was that she had enjoyed learning the most in the institution. She said, “The best was to take care of the plants and animals. I learnt how to milk cows. Since I was a kid I always dreamt of doing it perfectly one day.”

The other day I was going through an article by Marc Chehab (https://www.opendemocracy.net/transformationalmark-chehab/did/socrates-die-in-vain-rescuing-agitation-from-school) which posed the question: “What will happen if a child realizes that what we see arrives faster than what we hear?” For someone to arrive at this conclusion autonomously is utterly profound. It’s also radically corrosive to power. It’s profound because it may lead to some very deep reflections on their place in the world; and it’s corrosive to power because it teaches them that whether something is or isn’t true does not depend on what a teacher or a book says. It depends solely on whether it’s actually true. It read how Socratic reflection is still being punished for the same reason that Socrates was executed for: because we all are scared of the consequences of letting our children think freely, because for the socio-economic system to survive you need obedient people with no urge to question. We do not need musicians and artists on the street but workers in the industry. We do not need people who have found their own meaning but those who have learnt the meaning we wish to teach.

And probably that is why, not just here but the world over, schooling with a set curriculum, decided by the experts and powerful, is being seen as panacea, as a source of hope, as a means to promote this one single monoculture. Why else would a child in Ladakh, a child in Kerala and the one in the Rajasthan be studying exactly the same stuff, which has less to do with their own culture, their own little place and their own language and geography?

Drawing from these two thoughts I feel education will take a very different shape from what it is today. If you ask me, I dream of a way of life where there is no compulsory schooling and different ways of knowing and learning are encouraged, wherein there are spaces where people come together to share and learn from one another, wherein artists, farmers, scientists, activists, musicians, and people well-versed in any other discipline are willing to teach someone who wants to learn at a nominal cost, wherein the knowledge that would otherwise be freely available is not boxed in grandiose buildings and sold to people at exorbitant prices. A way of life where irrespective of their age, everyone is a teacher and everyone is a learner.

Find the link to the complete article below: https://earthisnotround.wordpress.com/2015/05/18/not-another-brick-in-the-wall/

The author graduated from IIT Madras in the year 2008. He now spends time working with a group of children who chose not to follow the regular schooling pattern at a small learning space in Hyderabad. He can be reached at 27amitd@gmail.com.