“I do not understand the way you teach. Why don’t you teach me the way I can understand?”

This remark can cause any teacher to ponder over the effectiveness of his/her methods. The first step to being an effective teacher is to be able to connect with each child. As Dr. Mel Levine, a US educationist rightly put it, “I can learn more about a child getting to know her well than by reading a list of computer generated test scores.” There is no doubt that teachers must get to know their pupils well enough to be able to teach them in a way that they can understand.

Usually, the “all knowing” adults caring for children are quick to dismiss their feelings and emotions. We are often eager to label children as attention deficient, hyperactive, learning disabled and various other fancy terms, and this definitely hurts their self-esteem. The fact that children have self-esteem is often not acknowledged. Children grow up listening to all sorts of comments such as “Oh, he has an attitude problem,” or “She is a very troublesome girl. Punishment is the only way,” and so on. These comments originate from the assumption that the child is uniquely the cause of his/her problem. The onus is sadly, completely imposed on the child and that is a huge burden on children. Circumstances and backgrounds often determine children’s behaviour. One very intelligent child in my class was often violent and used to get angry at the drop of a hat. Teachers were left with little choice but to use punishment as a means to stop and correct him. But little changed, until one of the teachers discovered that the child was used to seeing his mother lose her temper often at home. Gradually, he started losing his temper at school as he needed an outlet. Similarly, children coming from families where English is not used in everyday conversations, find it difficult to grasp the language. Branding such children as ‘duds’ is the wrong approach. These children often tend to be distracted or hyperactive as they are unable to understand the lessons, not because they intentionally want to disturb the class. All children are not the same. Talking to the child and parents will enable a teacher to know what happens outside the class. This information is extremely useful in identifying the right approach to teach different children. 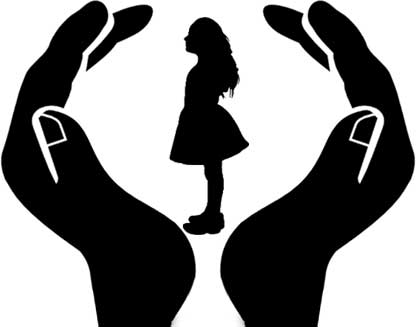 As a special educator I have had the pleasure of teaching different kinds of children. A five year old who came with the “dyslexic” label once said to me, “Ma’am I like you very much. The other teacher killed me!” I was shocked to hear the statement. It was obvious that the other teacher did not see his problem from the child’s perspective and probably relied on theory recommendations. I too have made similar mistakes before I began to understand children better, thanks to this particular five year old. Theoretically, some children with learning disabilities find it hard to understand opposites. I was once teaching the same five year old opposites – rich and poor. To get an idea of what he already knew I asked him if he was rich or poor. He replied that he was rich. I then asked him whether I was rich. I thought he’d say that I was rich, living as I was in a posh locality. But to my surprise, he said I was poor as I was a teacher. He could logically deduce, based on prior knowledge, that I was poor because I was a teacher. Giving a context made him understand the concept of opposites much better than just asking him to memorize it.

In another instance, a child with ADD (Attention Deficient Dyslexic) was not able to understand the simple answer to the question, ‘Who was Maya Devi?’ The answer was, ‘Maya Devi was Siddhartha’s mother.’ As adults we can easily lose patience and even believe that the child is intentionally trying to irritate us by saying again and again, “I cannot understand what you are trying to teach me.” To be honest, I did lose patience a couple of times, but at those times I took a break to mull things over and try again. I used to tell myself that it was not his fault. He had a problem which had to be solved by all means. However, the child failed to comprehend the answer despite my best efforts. Just when I was about to give up his test paper came home. To my surprise he had written the right answer! I was puzzled and I consulted the child psychologist who was treating him. She explained that the child had grown fond of me and had learnt the answer even though he didn’t understand the logic in it just so that I would be happy.

In my experience as a special educator for over two decades I have had both the pleasure and the opportunity to teach different kinds of children. The lessons that they taught me have been many. In sum, I have found that labelling special children differently and looking at them like specimens from a theoretical point of view hardly helps. What works is love and affection and the ability to look at their learning disabilities from their perspective rather than from a purely theoretical perspective.

The author, an alumnus of Women’s Christian College and Madras Dyslexic Association, Chennai, has been teaching differently-abled children in the age group of 7-15 years for over 25 years. She can be reached at radhikamitter25@gmail.com.