Value education is something that I feel strongly about. The newspapers too have been issuing calls for its resurrection. Resurrection is the word – it has in very many institutions died, though it still is listed on various school horaria.

Where it is listed, the defence arguments against implementing it are many. Assigned teachers baulk at it for reasons of (a) not having a qualification (b) not being paid extra (c) who am I to tell those kids to be good or better? (d) you can’t talk to this generation about good and bad (e) these kids are bored even if I do try (f) I don’t know how to go about it (g) what difference will it make? (h) values are caught not taught (a favourite cop-out) (i) the syllabus is already overloaded, so no time (j) they’re all of different religions down there (k) look, these kids are into cyber-porn and straightforward pornography, as well as physical imitation, think they’re going to listen to me? (l) I’m funked (m) how do I know whether they’re learning anything important? (n) parents themselves are really not interested (o) home is the place where values are imbibed, not school (p) and anyway, what harm is it? (q) NO!

What has moved me to push hard for its re-implementation are two major items. One is the present drift by young folk into misguided principles of action on a vast scale, and the other is how in later years the Jungian transition into greyness can pull the plug on people who do not have a strong foundation in choosing positive values. 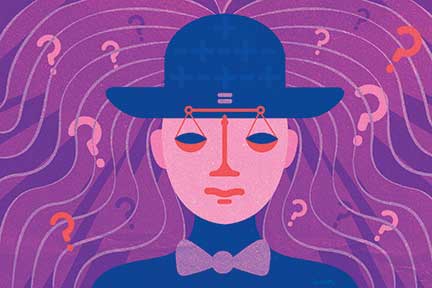 The first, one has only to read the daily papers. Sexual abuse has grown to rampant proportions. Huge scams are the order of the day. Fashion has feminized the male and cheapened the female to a saddening degree. The post-modern ethic has thrown aside all restraints on interpersonal behaviour. If the reward of action or choice is not within the pleasure principle, i.e., neither titillating, popular nor cashable, then it is not worth striving for. Spirituality is a non-starter. And so as a result, the youth flees to what used to be called false gods, i.e., promises that finally leave them empty and disillusioned – and often hooked irrecoverably.

Of course, the entire education system as we know it is not blameless in this context. Not at all. The meaning of life for almost all sincere students is reduced to percentages, and the implied popularity, status, and wealth arising out of such achievement. When those percentages are not forthcoming, then a favourite escape route is via suicide, as our government statistics confirm year after year. But for the purposes of this wee essay we leave that aside.

The other has to do with the second (Jung’s ‘evening’) part of life. One man asked me to do regular value education with the children of the nearby red-light area who he was looking after, most importantly to give them a sense of God in their lives. I am finding it challenging to say the least, but as we discussed it he stated, “Look, the sense of God I got in the ValEd (sic) classes we had in school has carried me now into adulthood, and helped me raise my two daughters safely.” On the other hand, was a man in his 40s who mobiled me on the impressive qualifications he had acquired since he had left school, scoring first and second places in several of the most prestigious academic institutions in the country and now in a big job. When I congratulated him on his glowing achievements and thanked him for sharing the story with me he responded, a little annoyed, “O sir, that’s not why I phoned. I phoned to ask you, is this all?” Clearly, he recognized that if the answer to this midlife question lay anywhere it must be in the general field of value education. And last in this short list of case-history experiences I might mention that when I told the directors of a TTC institute, all ladies, that in a month’s time or so we would be presenting something on the so-called ‘midlife crisis’ to men, they immediately asked for something in that vein for themselves too.

Value education creates an attitude among the youngsters. They may forget and even distort the content of the periods, but good things happen inside them that function as a foundation on which to base the many choices their adult life will demand. Where there is no such foundation, then the ever-lurking pleasure principle takes over and makes all choices random or even negative, self-serving, and gratification-oriented.

ValEd has, of course, to be more robust than mere piety. The challengers whose objections have been listed above identify that from the texts offered in the field for schools. Those texts (or their writers) cannot however really be blamed – they are only structuring some approaches to topics to help the teacher build upon and even depart from. Reality demands, as I say, a more robust recognition of life’s hard realities.

Avantika Thakur in Teacher Plus March 2015 reports that of a statistical sample of more than 12,000 students, more than 52 percent who had been sexually abused were boys. Terrible. Girls of course are commonly afraid to mention it in any forum, but even then the female statistics are overwhelming. And there lies the heart of the desperate need for Value Education in today’s classrooms. We simply must educate girls and boys to the glory of being human, the glory of being this human, whether female or male, and the choice by God, however that deity may be understood in religious terms, of this particular zygote from this particular and individual spermatozoon and this particular ovum out of a choice of thousands multiplied by millions to become this specially chosen girl/boy called me. Only then will each one of them appreciate her/his own dignity and pricelessness, and learn to respect that in everyone else.

They need to be told of the destructive nature of sexual abuse in psychological terms, inflicting damage that often lasts for many years, even a life-time. They also need to be told of the corrosive effect of sexual over-indulgence and addiction in the long term, destroying self-esteem and killing the life-giving potential especially of men as mid-life does its thing.

Value education can offer many things to youngsters. At this point in our national history, the items just mentioned are urgent and huge. When you learn that some state governments actually forbid sex education in schools, you are left gasping. But the struggle must go on.

The author is a hands-on educationist and consultant. More than 50 years in India, he has taught in gutters and on railway platforms, in colleges and universities, and heads an NGO called SERVE. He can be reached at macbren72@gmail.com.