Dyuti Basu
The word geography consists of two parts: ‘geo’ which means the Earth and ‘graphein’ which means ‘to write’. Geography then means writing about what happens on the Earth. In everyday usage, geography is often understood as a collection of isolated facts about the physical features of the Earth such as rivers, deserts, soils, and mountains. This is how it has been taught in most school curricula for a long time. In reality the discipline of geography is much more than a collection of facts about the Earth. It is the study of human environment with many areas of specialization organized under two broad categories: human geography and physical geography. The former is the study of social, economic, cultural, and political aspects of human societies and the latter is the study of the geological, biological and climate related aspects of the world. It has both a well-developed theoretical branch as well as a robust applied branch. Unfortunately at the school level in India, geography is one of the most underdeveloped subjects. 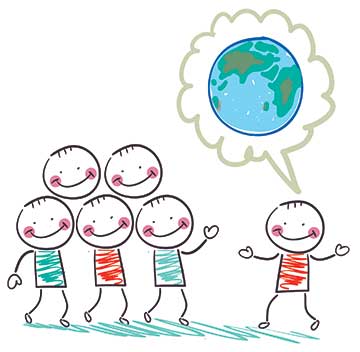 Most geographers actually study a combination of subjects. Whatever the area of study, and whatever the combination of subjects, all geographers are concerned about some very simple and fundamental questions. They begin their study of a phenomenon by asking “why is this phenomenon occurring here and why not somewhere else?” For example, a geographer studying a disease would begin by enquiring why people in a particular location fall victims to that disease while people in another location appear to be unaffected. Likewise, a geographer studying agriculture could begin by asking why a certain crop is cultivated in a particular location and not elsewhere.

Proliferation of geographic tools
Like all scientists, geographers have their own tools. The one tool that geographers use which is most familiar to everyone is the map. Map making has been known to humankind for a very long time. Maps are made to organize human knowledge about the world, represent it in a coded form that can be shared and communicated. The simplest use of maps is that they help us find our way from one place to another. But maps can also be used to uncover hidden truths. For example, when we put a map of all houses where a waterborne disease has affected someone over a map of the drinking water infrastructure, we can discover the source of the water contamination.

In the pre computer era, making maps was a highly specialized skill in visual design, statistics, and drawing. However, computers today have made it easy for everyone to make maps. Most urban residents today are familiar with google maps. It is very easy to make your own maps on Google. There are other online mapping services like Open Street Map which are entirely built by volunteer cartographers. Still, using maps as research tools or planning tools requires special training in statistics, mathematics, computer programming, and remote sensing technologies.

Applied geography
In the mid 19th century, England faced a lot of problems due to a huge influx of people and lack of sanitation infrastructure. There were frequent outbreaks of diseases like cholera and bubonic plague. Nobody knew how diseases spread. The most prevalent was the miasma theory which stated that diseases such as cholera and bubonic plague were caused by pollution or a noxious form of “bad air”. John Snow, an English physician was sceptical of this theory. He conducted a rough survey by talking to the residents of the area and linked the spread of cholera to the water pump in Broad Street. His chemical examination of the water sample did not lead to positive results. However, his studies of the pattern of the disease were enough to prove to the local council that the water source was the problem. He used a dot map to illustrate instances of cholera cases around the pump. He also showed the connection between the water quality and the disease, showing how polluted water from the Thames was making it to people’s homes and causing the illness. This is one of the first instances of survey in the field of medical geography, a branch of geography which includes the application of geographical information, perspectives and methods in the study of health, disease, and health care.

Geographers are environmentalists to the core since the subject has a holistic view. It can understand the nature of impact certain projects can cause on the environment. Geographers are advocating for the rights of tribals who are the original masters of the forests and for the proper implementation of the Forests Rights Act. They also demand that the tribals and villagers be treated as stakeholders since they are the ones who are worst affected by these hasty projects. It is in these ways that geography contributes to the larger picture.

Technology and geography
With the spread of the Internet and smart phones today there is a profusion of locational data. Each time we log onto the Internet or communicate through our phones, we are sending out information about our location into a massive network of machines. While large parts of this data are controlled by companies, increasingly a significant portion of this data is also becoming available to individuals. The possibilities of applied geography have therefore expanded tremendously. For example, police use mobile telephony technology to identify the exact location of individuals at the time of a crime. Traffic planners use the same technology to pin point traffic jams. Taxi companies can plan assignments to drivers depending on their distance from the clients. Increasingly, there are a number of organizations using online mapping technologies for civic monitoring of services and local environments. For example, Transparent Chennai has developed a system of mapping whereby residents of Chennai can map the availability of public toilets, and monitor the condition of footpaths. Similar experiments are taking place in Bangalore, Mumbai and other Indian cities. Such systems can become invaluable tools in times of crisis and public emergency. For example, public reporting of flooding and road blocks during natural calamities can significantly improve the capabilities of local emergency response teams. 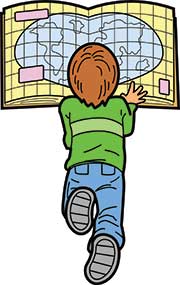 There is an explosion of opportunities for geographers in India both in theoretical and in applied areas. While traditional training programmes in geography at the college and university level are reorienting themselves, there are also a number of easily available non-conventional programmes for training in geography and applied geography. With a combination of training in other social sciences such as economics, sociology, history and political science, geographers can pursue excellent careers in research, planning, and management. Political parties need to plan their campaigns, marketing companies need to identify market opportunities and make strategic decisions about deploying manpower and infrastructural resources, planners need to visualize future development trends, ecologists need to identify vulnerable zones and design restoration projects. Each of these is areas where geographers can make critical contributions.

What schools can do
Key to harnessing these opportunities is improved and committed teaching of geography at the school level. Given the numerous resources available today for teaching geography, it is very easy for teachers to design assignments and activities for students. It is possible to run geography clubs to explore maps, as well as local environments and make their own maps. If taken up as a regular exercise, these activities can also lead to the building of local public repositories of geographic information.

More often than not, schools teach subjects as a part of the curriculum only, thereby making topics dry and removed from the daily lives of the students. Geography, being a part of everyday life, should be emphasized as such. While map making is one way in which the interest of young geographers could be peaked, another is through the conduct of surveys. These do not necessarily have to be the extensive surveys conducted at the graduation and post-graduation levels but simple neighbourhood surveys to back up dry facts with data that the students themselves collect.

The main emphasis, while teaching, can be the constant association between subjects so that they do not seem cut and dry. Most opinions are shaped in school. Thus, if teachers can implant the idea that geography is more than just a subject for study; that it is interwoven with other disciplines, with our lives, the relevance of the subject will automatically be embedded within the minds of the students.

The author has recently completed her Masters in English (Media and Communication) from the English and Foreign Languages University, Hyderabad. In her free time she enjoys music, photography, writing and travelling. She can be reached at dyutibasu1991@gmail.com.