The subject of this edition of the magazine is ‘sustainability’. And yet does sustainability actually exist in our present society? It seems we have utterly failed to nurture and maintain the Earth, and a better title would be “unsustainability”. Perhaps mankind has always lived this way, except for certain indigenous communities, which have been content just to survive, and have done so in harmony with nature. But mainstream civilization has always lived with an environmental credit card, has always ‘borrowed’ energy and resources from future generations.

It is clear that we have now reached the time when the debt is being called in. Growth, as we have known it, is no longer possible. Every living system on the planet is in decline, and the rate of decline is accelerating. 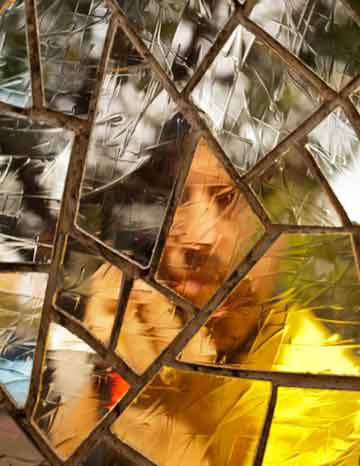 Some may ignore or deny this fact. If one’s main source of information, one’s sense of reality, comes from the television and mainstream media, one can be lulled to sleep a little longer. And when catching the bus to work, shopping in crowded markets, today can seem very like yesterday. The same terrible air, the same dirt and squalor …. but sometimes the mind takes one back to a scene 10 or 20 years ago, and there is a sudden realization that things really have changed.

And if we care to study the statistics, we find this subjective appraisal is backed by facts. Things actually are changing very rapidly indeed. ‘Things’ takes in so many different aspects of life, not just the physical environment, but the social environment, the political, the economic. Realizing this may send a momentary shiver of disturbance down our backs, but we are quickly reassured by a chat with a friend over coffee, or the continuing domestic details at home – there is a feeling that nothing is really changing, and our lives will go on forever in the same patterns, the same taking things for granted. Of course we will get older, and eventually die, but our children will carry on in a similar way, good food, reasonable comfort, travel, holidays, maybe air travel, a certain feeling of security…

Except they won’t. The time of big change has come. Not only in the lives of our children but our own. And we are not just talking about the environment. Things are breaking down on every level – socially, economically, politically. It can be seen in our education system, in the medical system. In people’s physical and mental health…

He was writing about the USA, but who can deny these things apply to India and the whole of the world?
Have you seen those ‘hockey stick’ graphs’? The ones with time as a base line, a curve that is roughly flat for decades, or hundreds, or thousands of years and now is heading almost vertically upwards? The vertical axis may be population, carbon dioxide in the atmosphere, global average temperatures, acidification, melting ice, water table depletion, loss of fertile top soil, depletion of oil reserves, extinction of species, increase in diabetes, cancer, obesity, depression – and so on almost indefinitely. Something BIG is happening, and it is happening NOW. It is very clear that the human situation, with the present trends, is – Simply Not Sustainable. Everything is pointing to an imminent and drastic collapse.

And those who vaguely think that technology or government will step in and save us are suffering unsustainable illusions.

So what to do? And what part is education playing, why is it producing human beings who are content to live in this destructive way, with no regard for the future of the planet, not caring about the sort of world they and their children are going to have to live in? Because – let us be simple – unsustainable means that we don’t care about our children. We don’t care what sort of chaos they are going to live in, the savage competition for resources, the health-destroying pollution, the violence, the utter lack of security.

So what to do? Faced with a world which is on fire, is there an intelligent response? And what to say to our children and students?2 Dare we even broach the issue? Or is it simply too depressing and too hopeless? Yet to continue to teach, to impart the same old knowledge as if the children will inhabit a world that will not be too dissimilar to the one we were launched into, is clearly highly unrealistic, and irresponsible.

Can we continue to busy ourselves with distractions to escape from reality? To lose ourselves in entertainment, our personal ambitions, the accumulation of wealth for our families? Soon we will see that “you can’t eat your money”. Denial of the facts has risen to such levels that climate scientists at the Australian National University have been assigned security protection after weeks of abusive e-mails and phone calls. Some scientists have even received death threats.3

* * * * *
Let us step back a moment, and ask: what has brought the human race to this impending doom? And is there a root cause for it all, one simple, underlying factor that we can understand, and perhaps help our students to understand? They too are confused, deeply disturbed, despairing of the future. Recently, I read this:

“I have never seen so many unhappy people before in my life,” by a teacher in Canada, talking about the epidemic of suicide in students there.

Surely, it is not coincidence that so many crises are coming to a head at this point in man’s history? Does this not point towards all the problems stemming from one central, basic issue? But it is a human trait to treat all problems as separate, to look for separate solutions. This approach has clearly failed.

The single factor, the central issue, surely, is the human self. The ego, the ‘me’, the ‘I’, that underpins all our actions and thoughts. This self has been in the human psyche for millennia, manipulating, working its damage, bringing about separation, division, greed. But now our advanced technology has given that self almost unlimited power of destruction; the incredibly powerful weaponry, the machines to wipe away whole forests, to remove mountain tops, to manipulate the very genetic structure of life itself.

The self denies love, denies right action. The crises we face are global in nature, and it is only by acting together that we can begin to solve them. But the self is intrinsically separative, it divides man from man.

Behind every destructive action lies a selfish human being. Someone who is corrupt, full of greed, who doesn’t care about the results of his actions. And the same self corrupts simple human relationships, with its demand to dominate, possess, exploit another.

So it is the self that is the very essence of unsustainability. Real unsustainability lies in the present state of our consciousness. And if, as educators, we feel concerned – in a deep sense – with the children in our care, with their future, and the future of this planet, our home …. then this issue MUST lie at the heart of education. Everything else is peripheral. It is no use saying “Oh, but I am a geography teacher”, or “I just teach the children maths, environmental science, and so on”. To remain in the rigid framework of specialization is to be a fragmented human being, and to nurture the children in fragmentation. It is fragmented human beings who are destroying the world, as they act from their isolation, with no sense of the whole.

Is it sustainable to raise children to compete with each other? To be brutally ambitious, avaricious, to condition their minds into wanting everlastingly more? To be concerned with themselves first of all? I think we need to ask if we, as teachers, are encouraging a sense of separation in students by emphasizing the ways of the self. 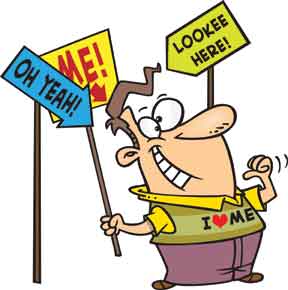 The only things that can truly sustain us are love and intelligence. By ‘intelligence’ I do not mean mere intellect, mere IQ – that is already nourished in the present regime, to the exclusion of feeling and sensitivity. Already we have quite enough knowledge, capacity, to solve all our technical problems but something else is lacking that we do not do it. There is no shortage of ideas on how “we could’’ live sustainably – but ideas somehow do not become reality.

What is lacking is love and intelligence. What is needed is a change, a transformation, in human consciousness.

I am not suggesting of course that love and intelligence should simply be placed as items on the curriculum. But I am asking, can they infuse our consciousness, our actions? Can we at least see that only a transformation in human consciousness has any significance to the present world crisis? In actual fact there is only one crisis, and that is in human consciousness.

In investigating this, can we enquire along with our students? Because, only students with enquiring minds can become a danger to the established regime of corruption. Can we ask, for example:
If it is sustainable to pursue the activities of the self?
If it is sustainable to carry on thinking in our old patterns?
If it is sustainable to divide ourselves from others, by identifying with a race, a nation, a religious belief, some brand of politics?
And can we ask together: what does it mean to care for something that doesn’t belong to the self?
And even more fundamentally, can we see that ‘more’ is the constant cry of the self? Can we see that to learn about ourselves, to understand all the ways of the self, is the only factor that can turn the human race around from the destructive path we are on?

Unless we actually see the absolute importance of undertaking this voyage of understanding and until as educators we find ways to take our students on the same voyage, we will continue to contribute to this unsustainable civilization, continue on our course to oblivion.

The author is happy to enter into discussion on these issues. He has qualified in Education and has taught for some years. The limitations of the objectives of conventional education has made him experiment in various alternative schools. The most significant engagement, however has come from home learning with his own children. He can be reached at clive.elwell@gmail.com.