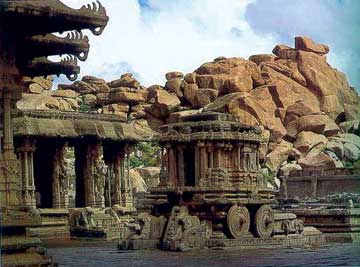 A decade ago, I took part in a workshop for students of Matriculation schools in Chennai. The workshop’s themes included Indian history, national pride, patriotism, and my talk was, “Why learn Indian history?” I answered this question the best I could, and was surprised when, after the talk, a group of students gathered around me, saying, “Sir, the way you presented history was very interesting – in our school, we call the history class a ‘sleeping pill’!”

A few months ago, it was teachers of a leading Coimbatore school that I addressed, on the theme, “Why be proud of being Indian? – Twelve answers”. I presented as many achievements of Indian civilization, which any Indian could take pride in without glorifying or romanticizing the past. At the end, several lady teachers came to me and expressed their appreciation; one of them, a computer science teacher, said with some verve, “For the first time I found history to be so exciting – I had always hated history!”

I could quote other such experiences, which have convinced me that a high proportion of Indian students feel either unmitigated boredom or unlimited contempt for the subject. This is a painful paradox in a land so rich in history. There must be something dreadfully wrong in the way we handle the discipline. Of course, the method of mechanical exam-oriented rote learning is largely responsible for this state of affairs, and the day after the exam, most students have cleared their memory of the meaningless clutter of kings, wars, treaties, and dates that had been crammed into their weary brains in the name of “history”.

French-born author and researcher Michel Danino has been living in south India since 1977. His recent books include The Lost River: On the Trail of the Sarasvati (Penguin Books India, New Delhi, 2010) and Indian Culture and India’s Future (DK Printworld, New Delhi, 2011). He can be reached at micheldanino@gmail.com.